Wyong stables are likely to be well represented on their home track next Thursday for the second qualifying race, a Class 5 at set weights over 1350m, of the rich $350,000 Sky Provincial Summer series.

The first qualifying race was run at Hawkesbury yesterday with the Kris Lees-trained Spanish Point successful. 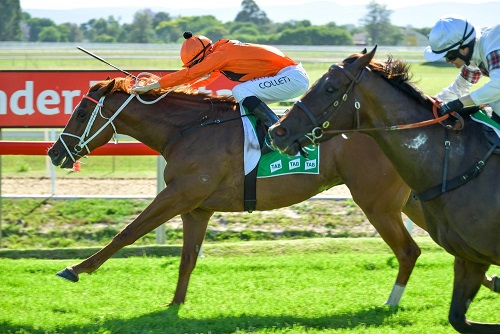 Newcastle's Kris Lees has nominated Great Danger and Meyer, with the former his likely representative and he is hoping history repeats itself in this year’s Sky Racing Summer Provincial Series.

Lees won last year’s second running of the series with import Occupy after he had won the Hawkesbury heat – and Irish import Spanish Point became the first horse into the 2020 final when he took Thursday's opening qualifier at that track.

Because of the length of time between the heat and the final, and the fact that placegetters cannot start again in any of the four remaining heats, Lees has decided on a plan to have the six-year-old gelding ready for early January.

“Spanish Point has done a good job, and we will freshen him up now,” he said.

“He’ll have a week away at our farm at Ellalong, and I intend to give him one more run in a shorter race leading up to the Wyong final.”

The first three placegetters in each of the five $40,000 qualifying races gain entry to the $150,000 final which will be run at Wyong on Saturday 2 January.

All the nominations, form and replays for Thursday's Wyong meeting