The highly successful The Championships theme spread to the NSW picnic racing arena in September 2016 with the inaugural NSW Picnic Champion Series first kicking off at Harden picnics, providing first points for the series.

The first Picnic Champion Series Final was held on Dubbo Gold Cup Day (September 2017) with Racing NSW providing $50,000 in prizemoney; the race being won by Security Code ridden by Maddison Wright and trained by Rodney Robb. 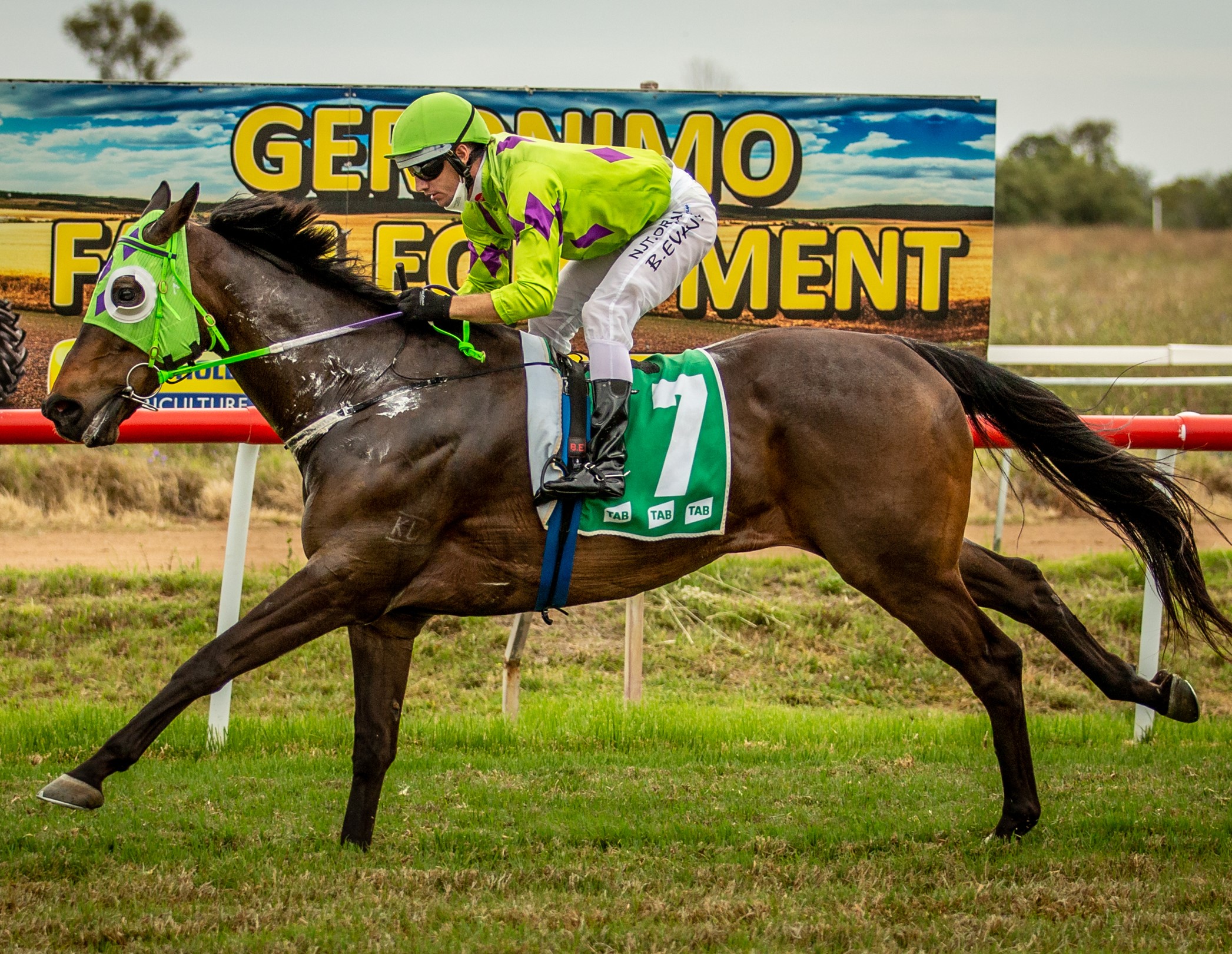 On A Promise (Brent Evans) takes out the 2021 NSW Picnic Champion Series Final at Coonamble. Image by Janian McMillan

Robb made it the perfect score in 2018 when his galloper Austin (Mollie Partridge) bolted in with the Final, scoring by a widening margin of just under five lengths.

In 2019, it was trainer Mark Ward's Gadfly scoring with Brent Evans aboard - the horse having won three picnics races during the year including the Noorama Cup (Qld) and the Duck Creek Picnic Cup, as well as the NSW Picnic Champion Series Final.

Then in 2020, Military Bay and Ashley Boyd raced away with the Final for Scone-based trainer Mark Schmetzer, scoring by nearly three lengths from Another Plan and the favourite, Rogue Runner.

"We are pleased to be supporting this concept and by staging a $50,000 event on a big day such as the Dubbo Gold Cup program will give these riders and horses plenty of exposure," said Racing NSW CEO, Peter V'landys AM.

“The Series offers something worthwhile to picnic jockeys and trainers and is the first picnic TAB race in New South Wales,” Deidre Adam said. “The first couple of Series generated plenty of interest and has already helped improve horse attendance at our picnic race meetings.

"Instead of the qualifying heats in the Country and Provincial Championships, picnic horses will gain points at every picnic race meeting in which they compete."

NSW Picnic Champion Series Leader Board (as at 16th May 2022)

• Knee Slapper Finally Breaks Through At Back O'Bourke (20 April 2022)

By John Curtis Co-trainers Mitchell and Desiree Kearney will be doing their best to 'kick a goal' for good reason ...
Read More