Horse Offered For 'Nothing' Makes A Winning Debut At Gosford

When is a bargain a bargain? When you are given an unraced young horse for “nothing” – and don’t have to pay unless it wins two races!

Four-times Group 1 winning Hawkesbury trainer Garry Frazer related the remarkable story surrounding his two-year-old filly Anagain, who made a successful debut at $26 at Gosford on Saturday. 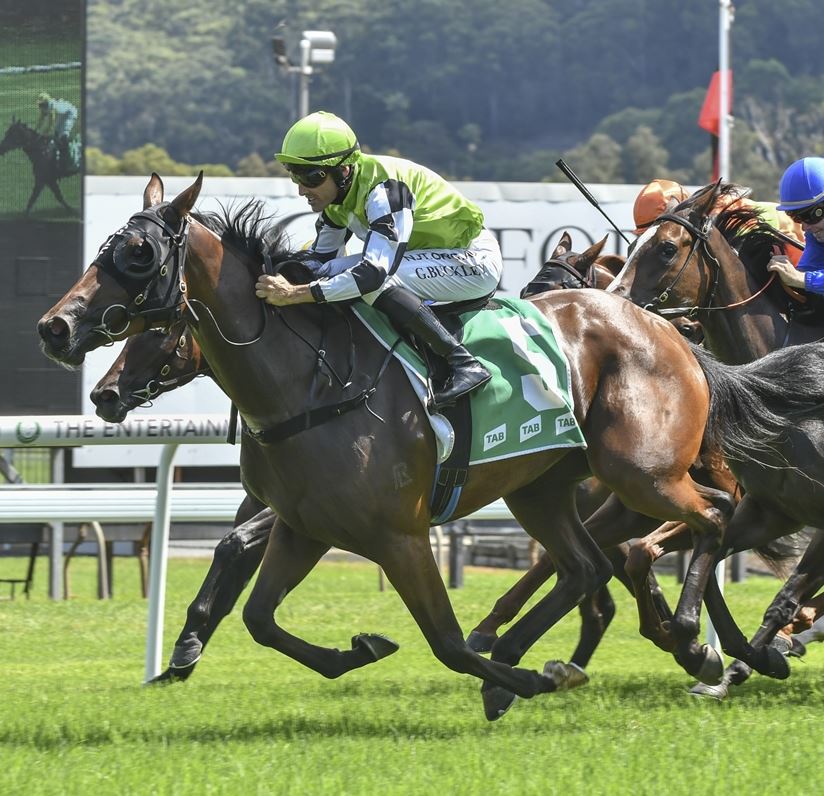 But as much as he liked her (his latest Group 1 winner Spright is also a daughter of Hinchinbrook), he knew it would be difficult to buy her.

“Once the bidding started, this filly’s price went up very quickly,” Frazer recalled. “Unfortunately, she was out of my league.”

All wasn’t lost, however. A couple of months later, breeder Greg White rang Frazer – he had trained the classy mare Spright for him – to discuss the filly.

“Greg asked if I still wanted to buy her, and I told him I couldn’t afford the money he would be looking for,” Frazer said.

“He replied he was in a good mood to sell, and signed her over to me for nothing on the proviso that I pay him $35,000 if she won two races. Who could argue with that deal?”

Frazer and his wife Julie race Anagain, who on Saturday went half of the way toward repaying White for his generous gesture by winning her first race and collecting $16,740 in the process. And the filly’s accomplished trainer has no doubt it won’t be long before he pays the breeder the agreed amount.

“Anagain is the best filly I have trained since Spright,” Frazer said. “She will be even better once she gets to 1400m.

“I couldn’t believe the price offered on Saturday. She had trialled really well at home, and I thought she could win. I felt $10 was generous, but she kept easing.”

Anagain (Grant Buckley) wasn’t the quickest into stride in the 2YO Maiden Plate (1100m) and settled second last. Buckley stayed on the inside before making a move approaching the home turn, getting her out wider on the track.

Anagain sustained a determined burst to defeat $1.80 favourite Camplin, with another roughie Giulia ($31) third after being the widest runner just outside the winner on the turn.

Frazer, who also trains a couple of greyhounds, keeps only a small team of horses and his two winners so far this season have been both daughters of Doagain. His four-year-old mare Calbuco (by Sebring) won a 1600m Maiden Plate on heavy ground on her home track last August.

Anagain is Doagain’s third foal. She missed to Sebring before foaling Calbuco and Curioso (a gelding by I Am Invincible), then slipped to Sepoy before foaling Anagain. She has a colt by Redoute’s Choice (Lot 276) catalogued at next month’s Inglis Australian Easter yearling sale.