It’s been a battle just to get Eyeknow to the races but trainer Con Karakatsanis expects it will be all worth it once his tricky galloper puts it all together.

Whether that day arrives on Tuesday at Kembla Grange remains to be seen as Eyeknow ($4.60 on TAB) prepares to have just his second career start. 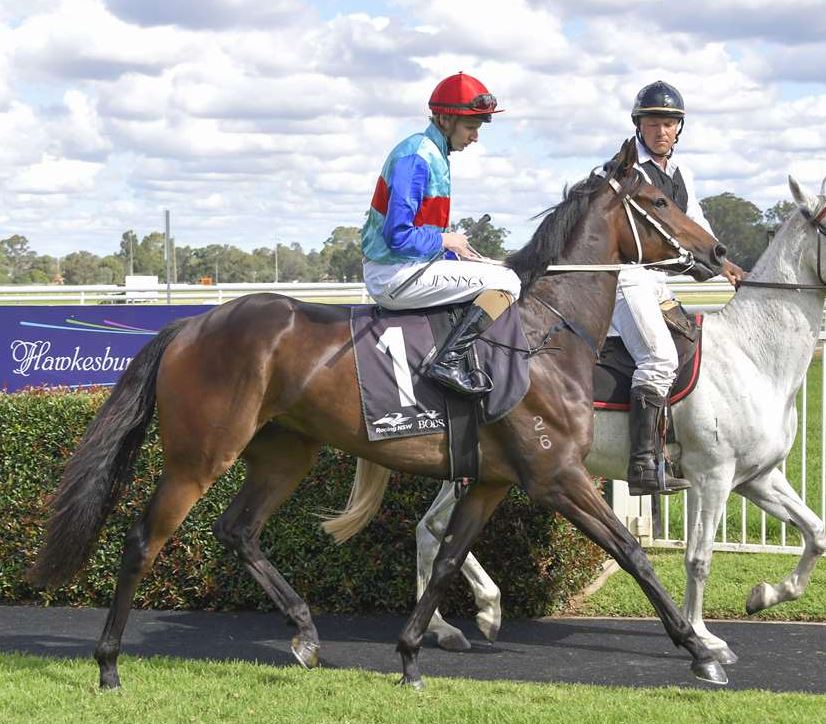 Eyeknow (Koby Jennings) heads out on debut at Hawkesbury. Image by Bradley Photographers

The son of So You Think finished third in his debut hit-out at Hawkesbury earlier in the month and heads to Kembla for the Superior Hire Cares Metro & Provincial Maiden Plate (1600m).

“He is a work in progress sort of horse and it has been quite the battle to get him to the races,” Karakatsanis said.

“If you had told me three months ago that he would have had a start I would have laughed at you but we finally got there.

“He is stacked with ability, it’s just a matter of him putting it all together because he’s got a mind of his own.

“I think once he does he will be a nice stayer and should keep improving.”

Karakatsanis expects Eyeknow took plenty of benefit from his debut at Hawkesbury on May 5.

The three-year-old gelding proved difficult to load on that occasion before racing on speed and battling on for third in his debut hit out over 1300m.

“Koby Jennings rode him that day and when he got off he said he will make a racehorse because he is so pig-headed he will just keep running,” Karakatsanis said.

“Once he gets over 2000m and further I think you will see the best of him.

“It’s all a learning curve for him at the moment but he showed even though he did a few things wrong first-up, that he sticks on. He is pretty tough and makes his own luck.”

Jockey Nick Heywood has been booked to ride Eyeknow in his second start, where he has drawn barrier five and is expected to settle somewhere near the lead.

“He races handy and will put himself right there so I expect he will be close to the speed again,” Karakatsanis said.

“The step up to the mile will definitely suit him. This will probably be his last run before we send him to the paddock and he comes into it well.”

A seven-event program greets punters for Tuesday’s Kembla Grange card, with the first jumping at 12.50pm. Illawarra Turf Club holds its final meeting for the month on Saturday, May 30.