Hawkesbury's Brad Widdup made it 30 wins for the season on ANZAC Day with a debutante at Gosford – and now hopes to 'break' into the winning list at his home track’s big meeting. 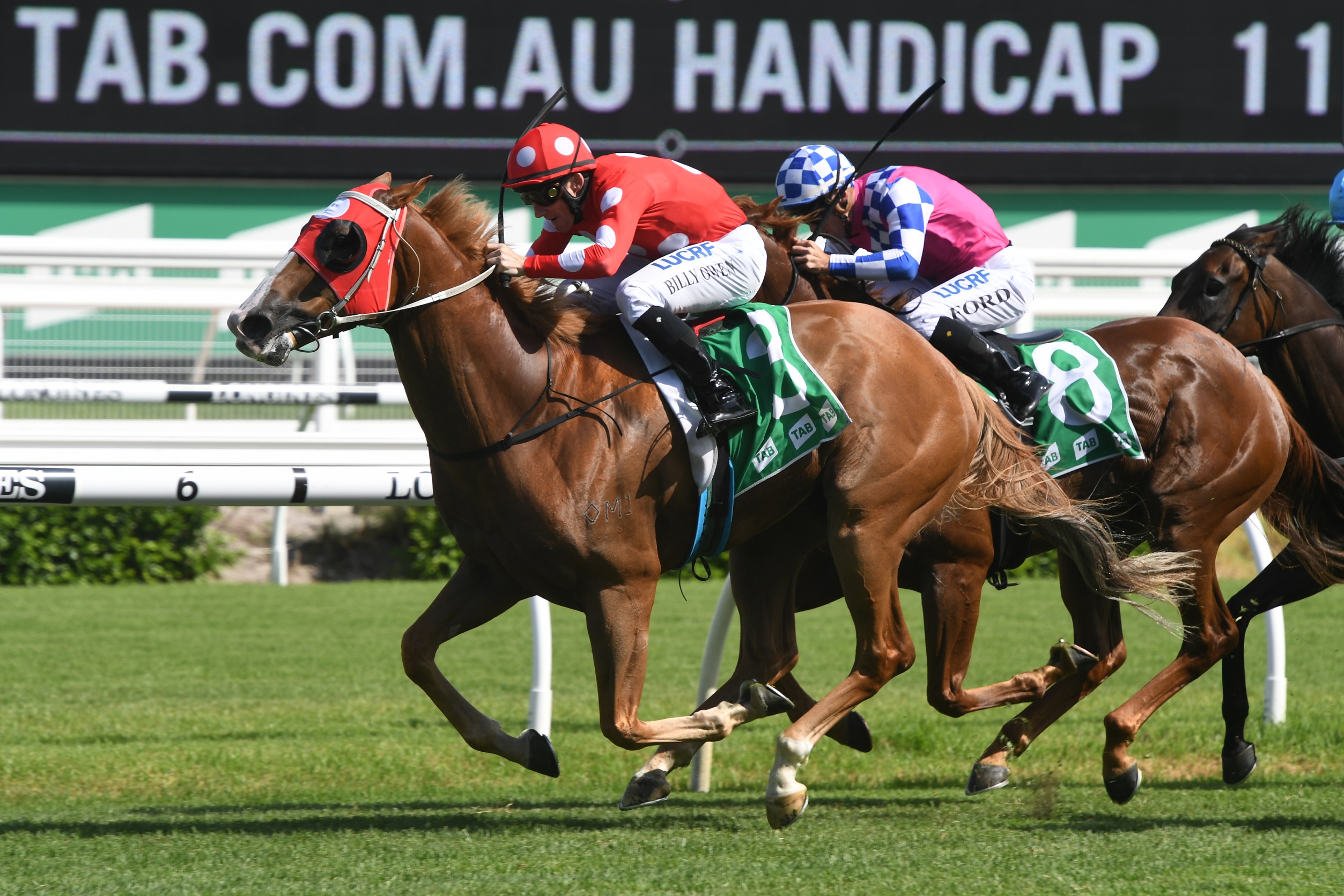 And it took plenty of patience to get her to the races, let alone make a winning debut.

“She is the first horse I have trained for Nick, and has been a real work in progress,” Widdup said.

“Love My Cashews came to us as an unraced three-year-old, and I trialled her late in the season at Rosehill in July last year.

“She trialled well (a close third to Star Of The Seas over 903m) and I turned her out afterwards.

“I had to turn her out again after getting her back, so this is her third preparation for me.

“Love My Cashews did a good job to win. After being hemmed away, she found another gear once she got into the clear.”

With Mitchell Bell board, Love My Cashews ($3.60) finished too strongly for $2.20 favourite Last Chance Dance. Another Hawkesbury representative, Peter Green’s Angiolini ($21), was third.

The Rubick colt wasn’t disgraced in both runs late last year at his first preparation and has trialled twice in preparation for his resumption.

He showed the benefit of blinkers – which he will wear on Saturday - by jumping smartly and leading throughout to easily win a 1050m trial at Randwick on April 15.

“Jailbreak trialled strongly to my eyes, and we’ll ride him close to the speed again. Kim’s (Waugh) horse (Erno) will be hard to beat, but it’s not going to be a big field and I’m expecting our colt to run well.”

Widdup, however, was disappointed with Junglized’s wide draw in the Hawkesbury Rush.

“We have been aiming him at this race, but are going to need luck on our side from the barrier (12 in a capacity field of 14).

Four-year-old Junglized scored at Royal Randwick on January 26 either side of second placings at Rosehill on January 19 and February 23 and was freshened after his ninth (from the outside barrier) to Easy Eddie in the Group 3 Maurice McCarten Stakes (1100m) at Rosehill on March 16.

He finished fourth to subsequent Randwick winner Top Striker in an 807m trial at Warwick Farm on April 12 in preparation for the Hawkesbury assignment.