Brad Widdup had a number of reasons to celebrate his first quinella of the season at Kembla Grange on Tuesday.

Hawkesbury’s leading trainer started a debut pair of All Too Hard fillies in the 2YO Maiden Handicap (1000m) – and was delighted with the performances of both winner Switched and runner-up Night Flyer. 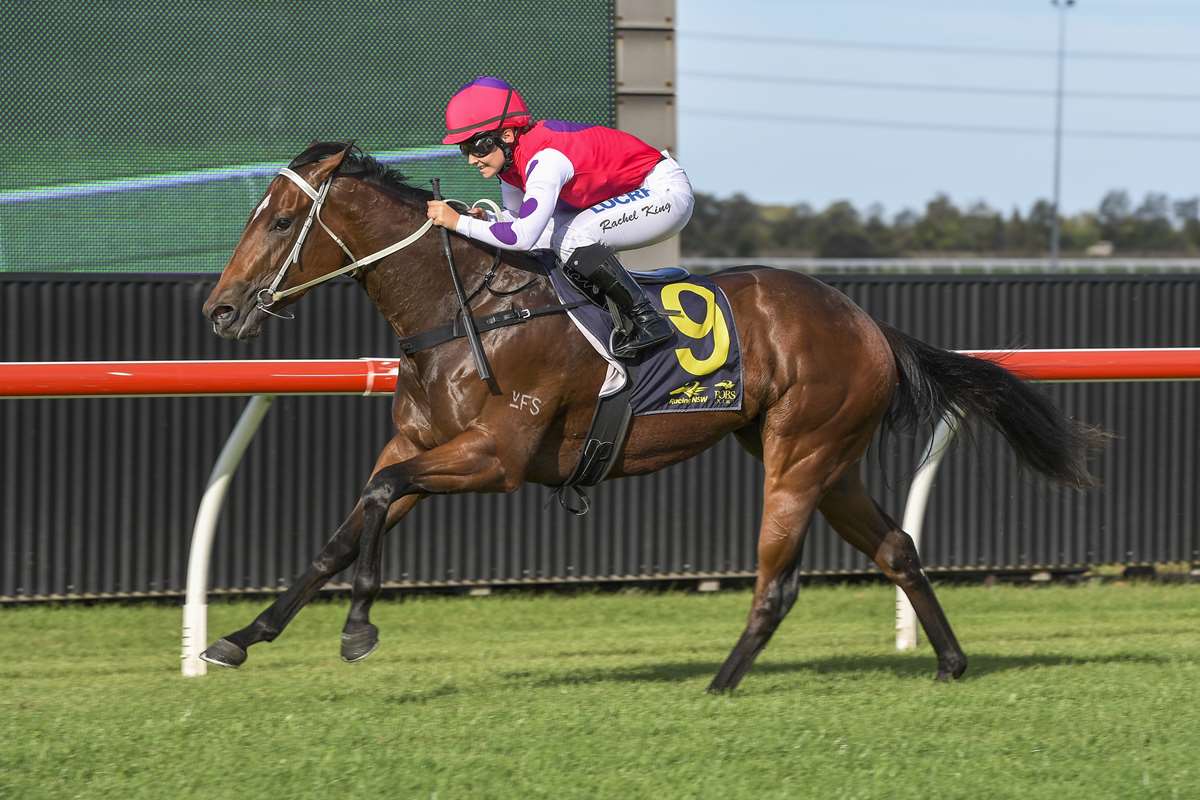 With Rachel King aboard, Switched ($10) quickly put paid to her rivals with a swift turn of foot after straightening to defeat stablemate Night Flyer (also $10) by two and a half lengths.

Switched is raced by a group of ladies that includes his wife Milissa, and carries the colours of syndicate manager Camilla Flower, whose husband Damion is Widdup’s major client and owns the Platinum Park training facility adjoining Hawkesbury Racecourse.

The filly’s impressive win was Widdup’s 35th this season and 91st overall as he marks the second anniversary of his career.

Widdup could not have hoped for a better start, scoring with his first starter (Junglized) at Canberra’s ACTON track on May 26, 2017.

“She is the first horse I have trained for Vinery Stud, so it was really pleasing that she ran so well,” he said. “I thought she did a good job because she was slowly away.”

“I had hoped to get her ready for the [$2 million] Inglis Millenium at Warwick Farm in February, but it didn’t work out,” Widdup said.

“Still, it was terrific to see her perform so well and I feel both fillies have nice futures.”

The Kembla first prize of $16,740 was a long way short of the Inglis Millenium winner’s purse of $1,194,000, but Switched is on her way and definitely looks capable of being an excellent flag-bearer for the stable.

May is memorable for Widdup. Not only did he train his first winner in that month two years ago, but his stable is going well this month with five winners already – and four of them have been at Kembla Grange.

He also won with Love My Cashews (May 11) and Cry Of Achilles and Lagarde (May 14) along with Rare Episode on his home track on May 9.