Wyong trainer Kim Waugh has qualified three horses for Saturday’s Sky Racing Spring Provincial Series Final at Kembla Grange but is quick to admit the prospect of a wet track won't suit all of them. 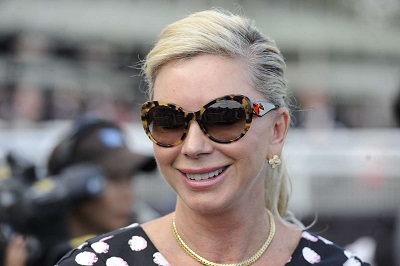 Manhattan Mist won the the first heat of the series at Wyong, while King Hewitt qualified with a third at Newcastle and both handle wet tracks. Mo The Great is in the final after his fourth at Gosford, but his wet track form is miserable.

“It is a great series that we aimed these horses at but with all the rain around and the likelihood of a wet track, that would count Mo The Great out,” Waugh said. “He just doesn’t handle it at all.

“The other two are unbeaten on soft and heavy tracks, so it shouldn’t hurt their chances.”

Waugh believes Manhattan Mist is the best of her chances after he overcame a setback following his unplaced run over the Rosehill 1500m on Derby day. She has had to give him a barrier trial, which he won at Newcastle last week, to keep him up to the mark with four weeks between runs.

“I didn’t know what to make of that run at Rosehill. He pulled up sore, which was some excuse,” Waugh said. “Josh [Parr] said he never travelled at all and I think he must of slipped or something in the race.

“We had the chiropractor go over him since it and he is much happier. He was back to his old self in the trial.

“It is the perfect race for him on Saturday.”

Manhattan Mist won his heat on a soft track and his only heavy track run was a win beating Marsupial and Smart Amelia at Gosford earlier in the year.

“The wet track won’t hurt him or King Hewitt, which is ready for the mile and is peaking at his third run from a spell,” Waugh said.

“He has just taken an extra to run to come to hand this time but I think he will be at his best at the mile.”

Check out the fields, form and replays for Kembla Grange on Saturday.