Leading Newcastle trainer Kris Lees is looking to underrated mare Wandabaa ($4.60 on TAB) to finally break through for a black type victory at Hawkesbury on Saturday.

After no less than five placings in Listed, Group 3 and Group 2 company – the latest when third to Fasika in the Sapphire Stakes (1200m) at Royal Randwick on Day 2 of The Championships - the Australian Bloodstock-raced four-year-old mare gets her chance to clinch a much-deserved success in the $175,000 Group 3 Killahy Equine Hawkesbury Crown (1300m) against her own sex. 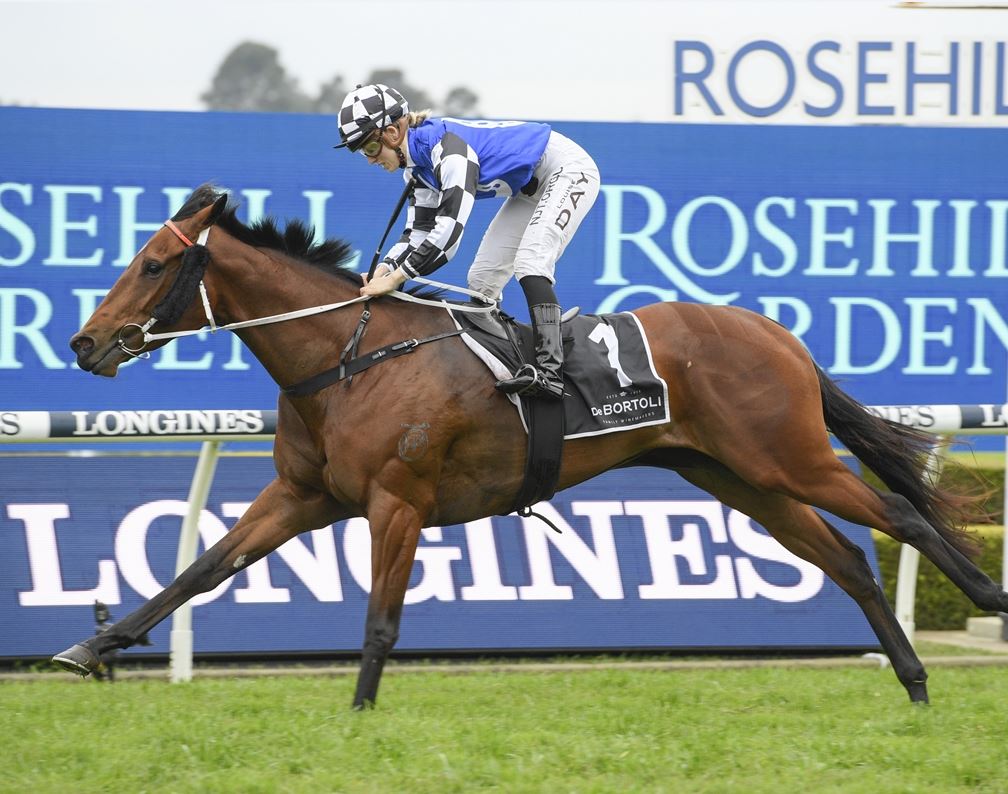 Wandabaa warming up with Louise Day at Rosehill Gardens. Image by Bradley Photographers

“Wandabaa is going well, and just needs some luck to go her way,” Lees said. “Her three runs this time back have all been really good.

“There’s no doubt she is better on rain-affected ground because it cancels a few others out, but she handles good tracks without any problem.

“Wandabaa certainly deserves to have a black type win on her record, and this is her chance. She looks to be the best of our runners at Hawkesbury.”

Jason Collett rides Wandabaa, who is clearly a model of consistency. She has won seven of her 21 starts, has been placed 10 times and finished further back than fourth only once.

She won her first three starts at Gunnedah, Armidale and Newcastle and has since won four city races, including one interstate at Doomben.

Collett also rides Grande Rumore, whilst Josh Parr and Aaron Bullock partner Luncies and Mongolian Wolf respectively. As well as Mongolian Wolf, Bullock has been given the mount on talented sprinter Special Reward, who opens a new campaign and has to counter 60kg topweight and an awkward alley.

“Aaron rode Special Reward when he ran second in The Hunter (1300m) at Newcastle last November, and has partnered him in his two recent trials at Gosford and Newcastle,” Lees said. “He knows him well.”

Lees also knows the Hawkesbury Gold Rush well. He has won the race twice since it was added to the stand-alone program in 2014, and it probably should have been three.

Felines scored in 2017 and Tactical Advantage last year when the meeting was transferred to Rosehill Gardens because of the COVID-19 pandemic, and the latter was unlucky when narrowly beaten by Intuition the previous year.

Lees is happy with Special Reward’s progress and expects him to race well fresh, but concedes “they might be too sharp for him at 1100m”.

“Grande Rumore was good winning over 1200m at Canterbury at her first Australian start, and is a very nice mare,” Lees said. “That was on soft ground, however, and she may now be looking for further than Saturday’s 1300m.

“Nonetheless, an inside draw brings her in with another good chance. Luncies and Mongolian Wolf were both okay first-up and Luncies in particular will take improvement from that, also his first in Australia.”