Viewed's Half-Brother Ready To Break Through At 15th Attempt

Gosford trainer Adam Duggan has called on his sister-in-law Jenny Duggan in an endeavour to change the fortunes of his stout stayer Front View at Newcastle on Boxing Day.

Front View, a half-brother to Bart Cummings's 2008 Melbourne Cup winner Viewed, is yet to win a race in 14 starts. On Boxing Day, he steps out in the 2360 metre Class 1 and Maiden Plate.

Senior jockeys Andrew Gibbons, Josh Parr and Ben Looker have been aboard Front View in his past three starts, in which he has been placed. Front View pulled too hard in his most recent start at Taree when he was runner-up to Kris Lees's Bedivere, one of his opponents on Boxing Day. 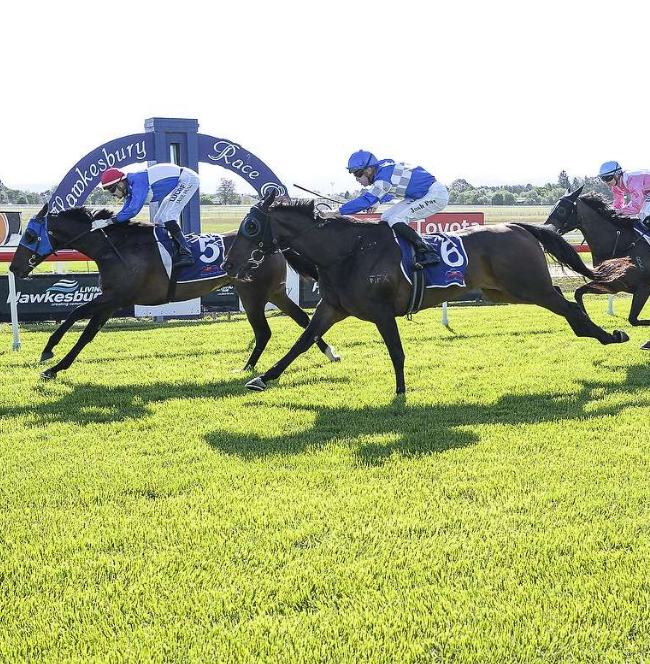 The gelding’s trainer was bullish about his stayer’s prospects when the fields were released: “This is his race. I had this race in mind for some weeks and if Front View won at Taree last start he would have still run in this race.

"Ben Looker gave him a dig up at the start at Taree and the horse got up on the bit and ran off at the first turn. He continued to pull until the 1400m and he was still only beaten a length and a half.

The spacious Newcastle track will be more to his liking and after Jenny’s claim, he meets Bedivere four kilograms better this time around.

"Jenny knows the horse well as she rode him in trials before she returned home to Sweden for a long break. The longer trip won’t be a problem, and his chances would be enhanced if we had some rain,” Duggan said.

The powerful Godolphin stable accepted with seven runners on Boxing Day. Their royal blue colours will be carried by the speedy filly Solera and first starter Terminate in the 900 metre maiden. Solera was run down late over this trip first-up recently and Terminate trialled okay.

In the 1400 metre Maiden Plate, Godolphin has Congregate and two emergencies Cajun Music and Distracted. Congregate is on debut and is trialling well.

Tephra represents Godolphin in the 1400 fillies and mares Maiden Plate. The filly hasn’t impressed in trials, but their three-year-old in the final event Cossetot will be well fancied after a debut win at Hawkesbury.

Chris Waller’s three-year-old Gogoldcoast is an interesting runner in the 1400 metre Maiden Plate. After good trial form, Gogoldcoast was backed into $1.55 in his only start at Gosford on December 6.  He has genuine speed and he led from the start only to compound in the straight to finish sixth, four and a quarter lengths from the winner.

Gogoldcoast pulled up with heat stress and Waller sent him around in a Randwick barrier trial with Hugh Bowman aboard. He won the trial comfortably. Gogoldcoast is raced by a group which includes Gold Coast mayor Tom Tate and the Henderson family who raced 2010 Caulfield Cup winner Descarado.

Hawkesbury-based jockey Grant Buckley is enjoying another good season with 41 winners prior to the weekend, has a good book of rides: “Wild About Her is flying and she is my best ride. My three Godolphin mounts look good chances and Dashing Special has a chance in the first,” Buckley said.