Vella Expects A Change In Fortune At Hawkesbury (Tuesday)

Never for a second does Matt Vella dwell on what might have been!

Whilst the young Hawkesbury trainer has come through a weekend of disappointment in terms of results on the track, he knows all about the school of hard knocks and is keen to quickly turn things around.

Vella will rely on his lightly-raced promising filly Never Second ($2.60 favourite on TAB) in the Independent Liquor Group Class 1 Handicap (1100m) when racing resumes on his home track on Tuesday. 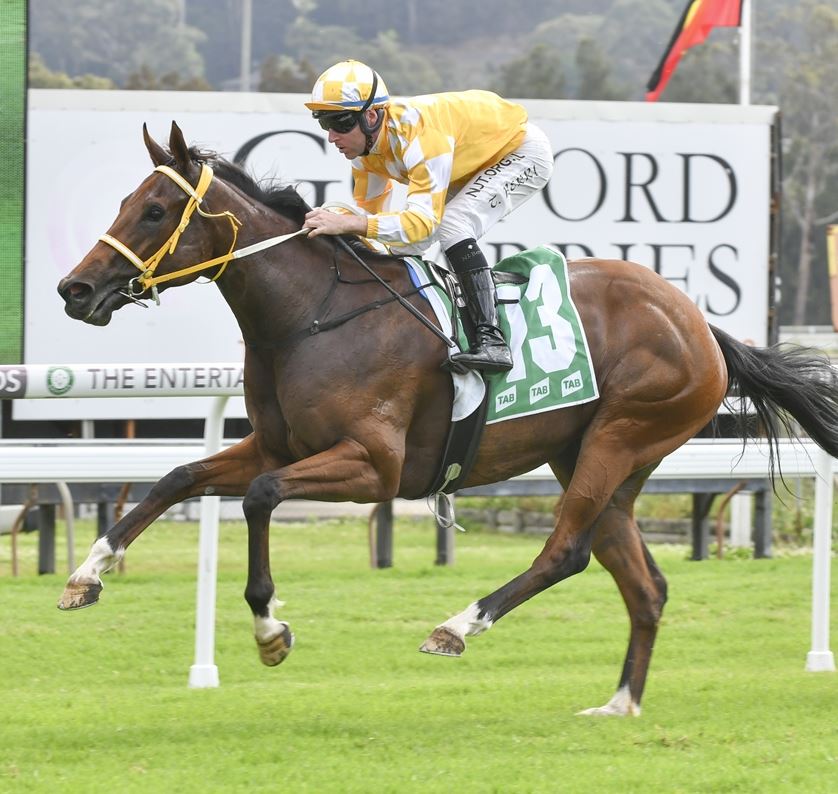 He also accepted with last-start runaway Bathurst winner You Rang ($19) in the same race, but she won't run as she lines up again at Bathurst as an odds-on favorite ($1.45), along with Roam Free (XXXX Gold F&M Maiden Handicap, 1100m), who will be an absentee after being narrowly beaten on debut at Goulburn yesterday, also at odds-on.

Vella’s weekend began when his Hong Kong-owned two-year-old Sniper Legend, raced in the same interests as last year’s The Everest winner Classique Legend, was a late withdrawal at the barrier at Canberra last Friday after a promising start to his career when runner-up against older horses at Wyong on January 20.

Then his talented three-year-old Blaze A Trail started favorite and finished sixth in the final race at Royal Randwick last Saturday, and subsequently figured prominently in the stewards’ report after being luckless.

Vella took the results in his stride: “Things didn’t go to plan, but as we know that’s part of racing,” he said this morning.

“You can’t always win, but both Blaze A Trail and Roam Free raced well.  I’ll take Blaze A Trail back to midweek company on the Kensington Track on Wednesday week to give him his chance to get back on the winning list.

“Sniper Legend will go for a spell after the Canberra episode, and we’ll do some work with him to get things right.”

As for Hawkesbury tomorrow, Vella has booked last season’s premiership winner Rachel King for early favorite Never Second and is looking forward to taking her back to the races.

A $140,000 purchase as a weanling in 2018, the Zoustar three-year-old is raced by his employer, Sir Owen Glenn’s Go Bloodstock Australia.

Never Second made a winning debut for Tommy Berry at Gosford last October in an 1100m Maiden Plate, and has since won a 900m Rosehill Gardens barrier trial for Kerrin McEvoy on January 15, overhauling another three-year-old filly Mirror Model, who was runner-up at Goulburn on resumption yesterday.

Never Second initially was with co-trainers Ciaron Maher and David Eustace, but did not race for them although she trialled on four occasions in Sydney as a two-year-old.

“We have had to take our time with her because she is a very hot filly,” Vella explained. “She has had a jumpout since the Rosehill trial and is ready to go back to the races.

“There’s no doubt Never Second has ability and I’m sure she will run well, but at the same time don’t consider her a moral. Whatever she does tomorrow, she will definitely take improvement.”

Never Second’s rider King has four mounts, hoping to take advantage of Tommy Berry’s absence at the meeting to further her claims to successfully defend her Hawkesbury title, having made history by becoming the first woman to win the senior riding premiership last season.

King and Berry each had ridden 10 winners this season when racing closed in mid-December for a summer recess. Trainers’ premiership pacesetter Mark Newnham (eight wins so far this season) has three representatives tomorrow – and Josh Parr will ride the trio.

Rosie Riveter, a $90,000 weanling purchase (coincidentally at the 2018 Gold Coast sale on the same day as Never Second), is a Dissident filly on debut. She ran fourth in a 1045m trial at Royal Randwick on January 7 behind Newsreader, who nine days later impressively took the $250,000 Maiden (1200m) at the Gold Coast Magic Millions meeting.

The rail is in the TRUE position, and the track this morning was rated a “Soft 5” with a penetrometer reading of 5.68. A total of 38mm of rain has been recorded in the past week, but only 1mm in the last 24 hours. Because of the amount of rainfall, only 2mm of irrigation has been put on the track in the past week.