Co-trainers Mitchell and Desiree Kearney will be doing their best to 'kick a goal' for good reason with their lone representative on the nine-race card at home on Thursday.

The Hawkesbury couple dually accepted with Mycah Leon ($16 on TAB), and opted to run the three-year-old in the HRC Motel Handicap (1500m) rather than the Independent Liquor Group Provincial & Country Maiden Handicap over a slightly shorter 1400m. 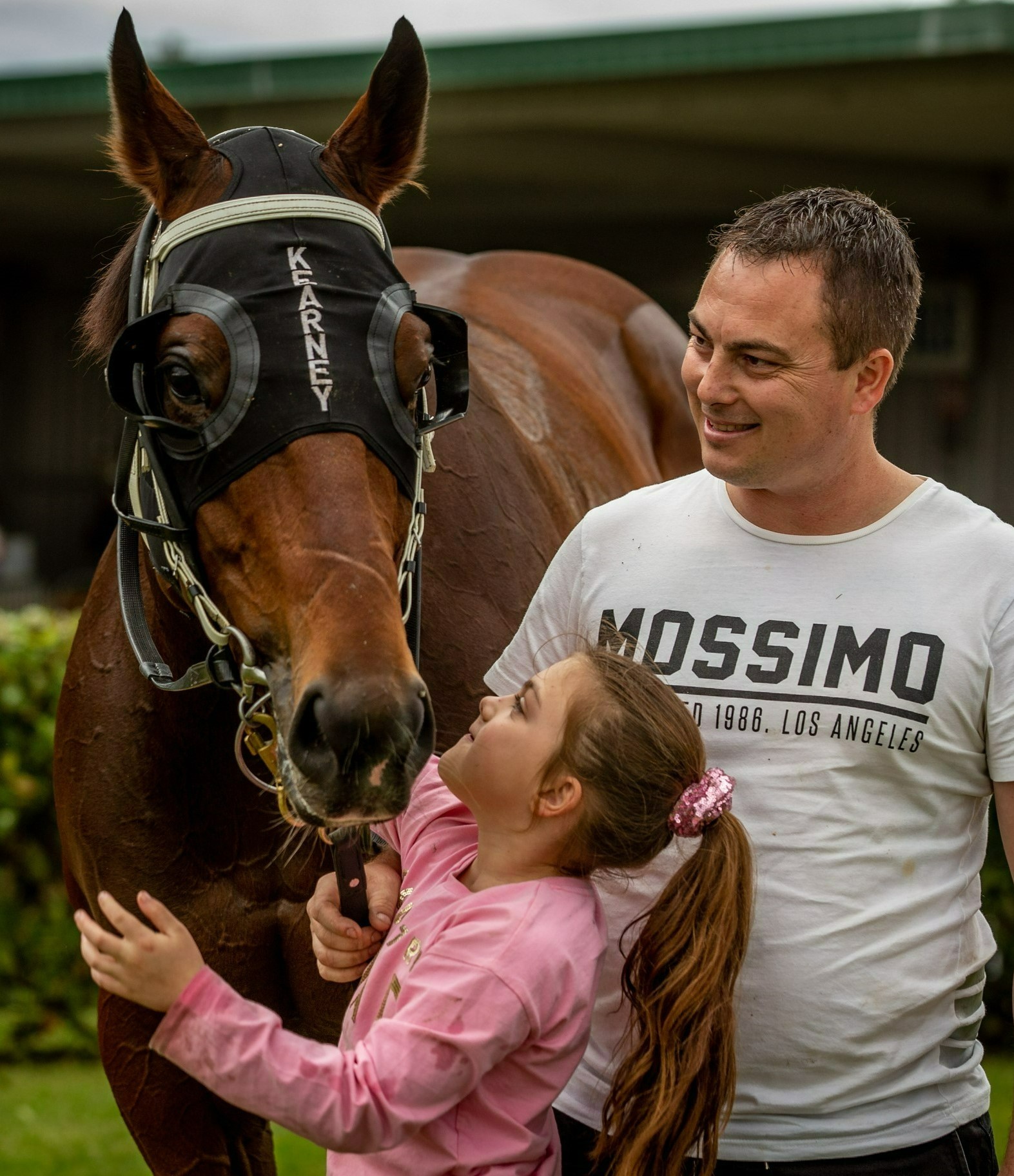 A gelded son of All American, Mycah Leon has raced nine times for six placings and, after beginning his career with Bjorn Baker at Warwick Farm, has been in the Kearneys care for his last four starts for two of those results.

“Breeder-owner Tony Borg was my coach when I played Under 13 rugby league for St Clair at weekends in the Penrith competition,” Mitch Kearney explained this morning.

“He kept a promise to give us a horse to train, and that’s how Mycah Leon came to our stable.

“Naturally it would be a great thrill to get a breakthrough with this horse for him.”

Mycah Leon finished third over 1400m at Hawkesbury on April 5 and second over 1500m at Kembla Grange 11 days later before an out of character performance in a Class 1/Maiden Plate (1800m) at Bathurst on ANZAC Day when a $4.20 third favourite.

However, there were excuses for that defeat, and Mitch Kearney is confident his three-year-old will be a different proposition tomorrow.

“Serg Lisnyy rode him at Bathurst, and said he was on the wrong leg and never travelled after jumping the crossing at the 1300m,” Kearney said. “Trainer error was perhaps also responsible that day.

“He went from 1500m on a Heavy 10 at Kembla Grange to 1800m in nine days at Bathurst, and it may have been too much for him. Mycah Leon has had time to get over that run, comes back to 1500m and is in good order going into tomorrow’s race.

“We settled on the opening race as it appears to be an easier assignment than the 1400m Provincial & Country Maiden.”

Team Kearney also decided on a change of gear with Mycah Leon, removing a lugging bit and replacing it with a cross-over nose band: “He has raced in the lugging bit for his last few runs, but hasn’t seemed comfortable,” Mitch Kearney said.

Jean Van Overmeire, who has ridden Mycah Leon only once previously when placed on him at Hawkesbury in early April, is back on the gelding tomorrow.

Mycah Leon’s dam, the Stratum mare Our Girl Charlize, won the first of her five victories, which include two in town, over 1300m at Hawkesbury in November, 2011 when prepared by Clarry Conners.

Team Kearney is enjoying its most successful season with 10 wins to date, and begins a new campaign with stable favorite Heza Gentleman ($26) at Rosehill Gardens on Saturday.

Another Hawkesbury husband and wife training partnership has decided on a different tack with their only runner tomorrow. Instead of lining up against Mycah Leon in the 1500m Maiden, Team Vigouroux decided to start Tillman (Winona Costin-$14) in the 1400m Maiden.

A son of Epaulette, five-start 'veteran' Tillman has been placed at all his five career outings and is certainly deserving of a breakthrough. He has raced three times this preparation, having notched minor placings at Nowra, Muswellbrook and Cowra.

Former Hawkesbury trainer Wanda Ings returns to her old stamping ground tomorrow with three runners, attempting to win her first race there since shifting to Bathurst nearly three years ago.

Lightly-raced Capitalist three-year-old Island Legend, who fetched $280,000 as a 2020 Inglis Australian Easter yearling and was later on-sold for a considerably cheaper price, finished runner-up at Bathurst in an 1100m Maiden Plate on ANZAC Day when on debut for his new trainer.

“He is a nice horse, and should continue to improve,” Ings said this morning.

The rail is 3m out from the 1100m to 450m, and in the TRUE position for the remainder of the circuit. Course manager Rick Johnston posted an improving Soft 7 rating this morning.