Trainer Returns From Overseas And Zeroes In On Hawkesbury (Tues)

Widely-travelled Anthony Mountney has settled back into Australian racing and is seeking a Hawkesbury double on Tuesday.

The Kembla Grange-based trainer has returned to his former stamping ground after an overseas sojourn and has two good chances on the eight-race program. 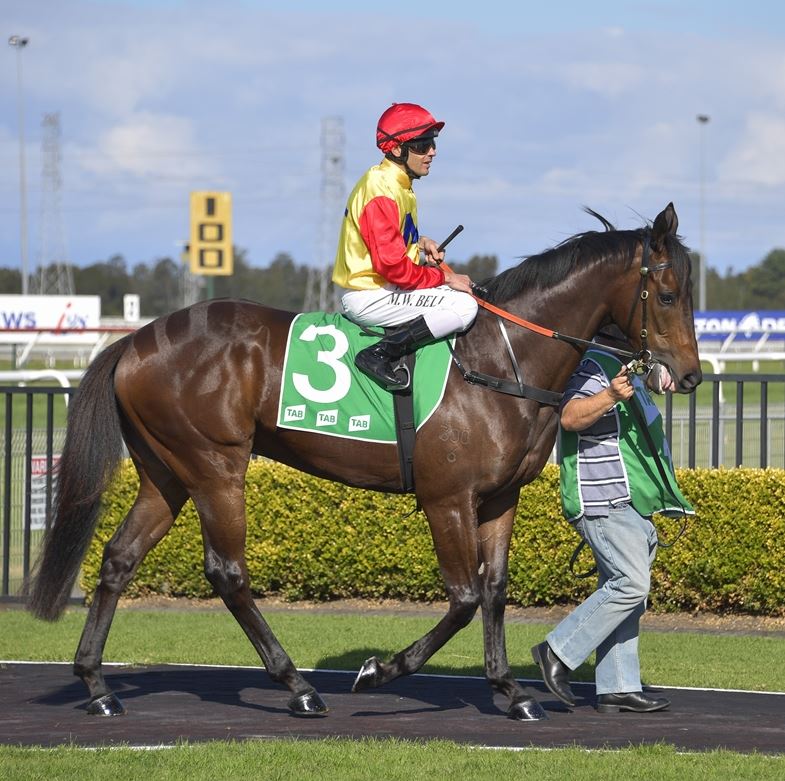 Both are pre-post third favorites in their respective races on TAB; Taumalolo at $4.20 and Belieber at $4.

Mountney has booked 2kg claimer Brandon Griffiths to ride the stablemates, lessening Taumalolo’s weight to 55.5kg and Belieber’s to 59kg.

Mountney saddled his last local runner at Goulburn on 15 March 2013 and did not start another horse here until Canberra on December 13 last year.

He has since won two races, with Game Me You at Wagga on January 7 and Frazil at Gosford on February 4; the latter also partnered by Griffiths.

“I travelled overseas and was involved with racing in a number of countries whilst based in the UAE,” Mountney said this morning.

“Whilst I have some horses raced by outside clients, I train predominantly for ML Racing Stables. There are 15 in work at present, and we’ve been active at the yearling sales and so far bought six youngsters.”

Taumalolo, a lightly-raced four-year-old by All Too Hard, is named after star North Queensland Cowboys rugby league forward Jason Taumalolo, and Mountney has put the pressure on his equine namesake to perform.

“He works like a good horse and it’s time to produce that in races and not be a show pony,” he said.

“Taumalolo drew wide at his first run for me at Kembla a fortnight ago and showed pace to share the lead before finishing sixth. He is much better drawn tomorrow.”

Belieber, a three-year-old by Zoustar, was previously with Gai Waterhouse and Adrian Bott at Royal Randwick before being purchased by ML Stables for $300,000 through an Inglis Digital online sale in December.

He has raced four times for his new connections; his best effort being a third to subsequent Tamworth Country Championships heat winner Spiranac in a Gosford Benchmark 64 Handicap (1100m) on January 27.

At his last start at the same Kembla meeting where Taumalolo ran, he finished a close fourth to Charm Offensive in another Benchmark 64, but over 1000m, on March 2.

“Belieber drew the outside barrier that day in a field of 10, and had to work hard to lead early,” Mountney said. “He is a free-running type and needs to just back off his sectionals.

“He is also better drawn this time and his work has been good, but this will most likely be his last run before having a break.”

Mountney is not concerned a rain-affected track tomorrow will affect the chances of both his runners.

Disengage, a younger half-sister to Frazer’s now retired Group 1 winner Spright, has been placed twice from six starts to date, and also has been placed at both recent trials on her home track. Grant Buckley, who scored for Frazer on debutante Anagain at Gosford last Saturday, partners the stablemates.

The transfer to tomorrow of remaining postponed races at yesterday’s Country Championships meeting at Coonamble has forced a number of riding changes at both venues.

Buckley is one jockey who will stay home to ride at Hawkesbury, whilst Coonamble-bound Ashley Morgan, Reece Jones, Jake Pracey-Holmes and Julia Presits will be Hawkesbury absentees.