Peter Robl is confident Capri of Tuffy will be fighting out the finish at Kembla Grange on Tuesday, but the trainer has bigger plans in mind for his lightly-raced juvenile later this preparation.

The Zoffany filly will return from a three-month break in the Duck Creek 2YO Maiden Handicap (1000m). 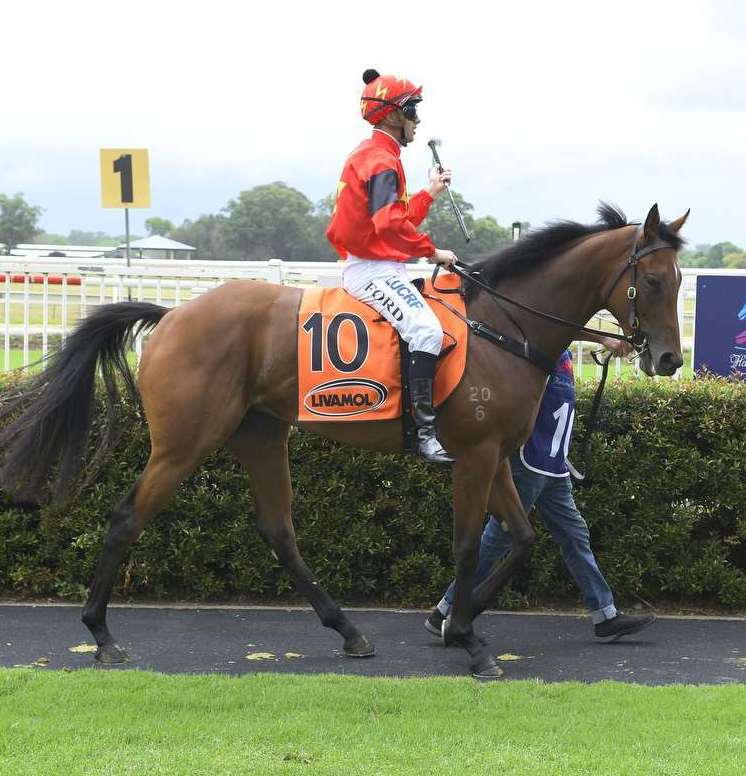 Capri of Tuffy (Jay Ford) prior to her Hawkesbury debut. Image by Bradley Photographers

Robl is keen to see a forward showing from his promising two-year-old as he looks to pursue a late dash to Queensland for the back end of the Winter Carnival.

"I think she will run in the top three and would be disappointed if she didn't," Robl said.

"She is doing well and has come through a recent trial in good order. Glyn Schofield was happy with how she went.

"This will hopefully be the first of three runs we've got planned this preparation and are hoping to finish up in a Listed race in Queensland at the end of the carnival.”

If all goes to plan, Robl hopes to see Capri of Tuffy line up in the Listed Winning Edge Presentation Stakes (1400m) on June 22. The stable won the same race two years ago with Curdled.

Robl believes it will be an ideal target for Capri Of Tuffy as well.

"Being towards the end of the carnival, a lot of the best two-year-olds are already heading to the paddock so that [makes it a more winnable race],” Robl said.

Capri of Tuffy finished sixth behind Peter and Paul Snowden’s talented two-year-old Aussie over 1000m at Hawkesbury at her maiden start on February 21.

"She has improved from that run at Hawkesbury after a little break," Robl said.

"We got beaten by four lengths behind some good horses in Aussie and Dresden Green. She found a bit of trouble in the straight and probably should have only beaten by two lengths on that day.

"She is only a little thing but she is a nice filly. She has got a tricky draw but she is forward enough heading into Tuesday’s run.”

Capri of Tuffy has drawn barrier eight and will be ridden by Glyn Schofield. She is a half-sister to Robl’s city-placed filly Alison of Tuffy.

“Like her sister, I think she will improve as a three-year-old,” Robl said.

“At the moment I think Alison of Tuffy is about 580kg and she is around 470kg but I think she will mature as she gets older too.”

The opening event at Kembla jumps at 12.55pm with the track currently rated a good 4.