Hawkesbury longest-serving trainer Ethne Potowski was back in the winning list at Kembla Grange on Saturday – and her thoughts immediately turned to Tye Angland.

Potowski, a licensee for 40 years, has only two horses in work and clinched her first success in two years when Happy Hustler (Shaun Guymer) broke through at his 20th start.

“Tye deserves special mention; he educated both Happy Hustler and Lion Couchant for me,” she said. 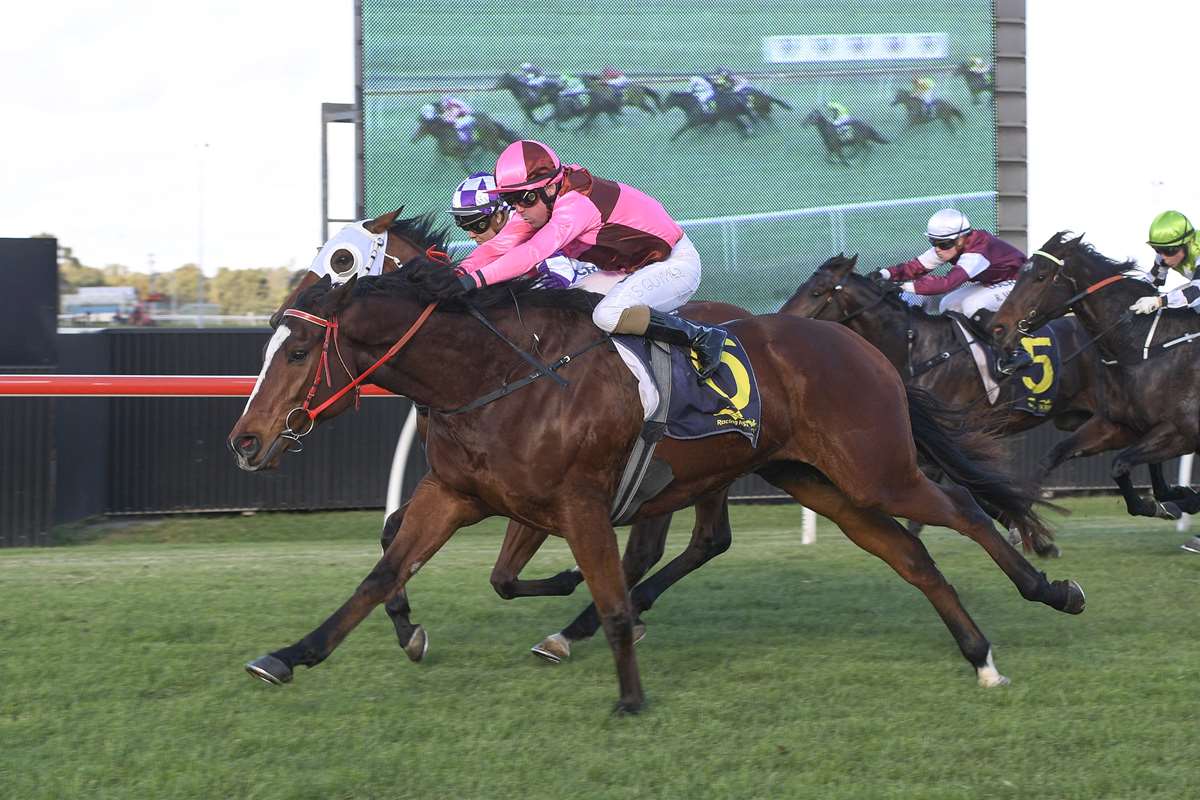 “I haven’t seen Tye since he returned home from Hong Kong, but am thinking about him and stay informed about his progress. He was a wonderful horseman.”

Angland, the former top jockey who was tragically left a quadriplegic after a fall at Hong Kong’s Sha Tin Racecourse last November, rode Lion Couchant in his five of his six wins.

He also partnered Happy Hustler in the first seven starts of the gelding’s career and altogether 10 times for four placings.

Potowski races Happy Hustler with her husband Klaus, the Polley family (long-time supporters of the stable) and The Land racing correspondent Virginia Harvey, and prepares him on the family farm at Wilberforce.

“I bought him at the 2015 Inglis Classic Yearling Sale because I wanted a youngster by Casino Prince,” she explained.

“I bid on two others and missed out before this horse (Happy Hustler) came into the ring. He was passed in and I purchased him afterwards for $25,000.

“Whereas Lion Couchant had laminitis and was fortunate to ever race and later was galloped on and had a long time out before returning this year, Happy Hustler has been a dream to train.

“He has the most beautiful temperament.”

Happy Hustler ($5) appreciated plenty of galloping room in the straight at Kembla Grange and led home a Hawkesbury quinella, edging out John Higgins’s Our Celtic Star ($26) in the Provincial & Country Maiden Handicap (1300m).

The now five-year-old had been placed on six occasions – including behind subsequent city winners such as Youngstar (last year’s Queensland Oaks victor), Bastia and Ombudsman – prior to his breakthrough.

“Happy Hustler is a long-striding horse who needs to get out into the open in the straight and not be cluttered up on the inside,” Potowski said.

“Shaun rode him superbly, and hopefully he can go on and win a couple more now that he has broken through.”

The rising 12-year-old mare was retired a year later, and has subsequently foaled colts by Trusting and Casino Prince.

Potowski, who has had virtually a lifetime involvement with horses, trained her first winner (The Little Flea) at Kembla Grange in 1983.

“I keep only a couple of horses in work at a time, and still enjoy what I do,” she said. “It makes you get out of bed each morning.”

Potowski became the 23rd Hawkesbury trainer to reach the winning list so far this season.

Fellow Hawkesbury trainer Brooke Somers is at the other end of the scale, having taken out her licence only three years ago.

But she made it a weekend to remember for the “girls” with an upset victory at Goulburn on Sunday.

The well-named Mastercraftsman four-year-old began her career in Victoria, where she was placed twice from five starts.

Diva Peron was having only her second start for her new trainer, and overcame the outside barrier and giving all her rivals a start to the home turn.

Somers opted to take a cross-over nose band off Diva Peron after her debut run for the stable at Canberra on May 8, and clinched her fourth success of the season.

Potowski and Somers’s victories along with that of Brad Widdup (Rare Episode also at Kembla Oon Saturday) took the number of Hawkesbury winners so far this season to 138.