Successful Boxing Day On The Cards For Gibbons

Gibbons is riding in top form and is in high demand from both Sydney stables and local trainers for the Boxing Day seven-event program. 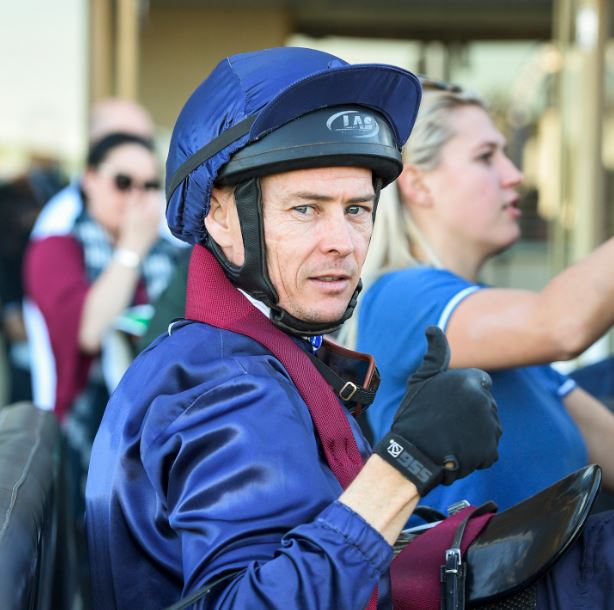 Andrew Gibbons - expects a big day out at Newcastle on Thursday. Image by Bradley Photographers

French Response has been luckless in recent starts and particularly last start on the Newcastle course proper.

The mare raced at the tail of the field to the top of the straight where she was held up with nowhere to go for some time. Once in the clear, French Response stormed home to finish second behind the in-form Our Fun.

Undoubted (Jason Coyle) came from second last on the turn when he was successful at Gosford two starts back. Hussonibis (Kim Waugh) is on debut after two nice trials and has drawn well.

Kariba was narrowly beaten at Hawkesbury last start and she has the rails barrier. Time Of Glory has solid country form and was unlucky last start at Tuncurry.

The regally-bred Miss Japan is on debut and she is a daughter of champion Japanese sire Deep Impact out of the American mare, Miss World. The filly was last to the turn before working home nicely in a recent Randwick trial.

Vecchietta is a promising filly that caught the eye with a powerful finishing third on debut at Coffs Harbour. Gibbons is very happy with his seven rides.

“It’s a very good book and all seven have winning chances. I am keen on French Response now that she steps up to the 2200 metres.

"I have ridden her in three of her four starts since coming from South Australia. Her run was a beauty last start when beaten 1½ lengths after being badly held up.

"Undoubted looked good winning at Gosford and the roomier track will help. I have ridden Hussonibis in a trial and he went well.

"I don’t know much about Kariba but she just missed at Hawkesbury last start. I have won on Time of Glory and he is in good form while Miss Japan is bred to be good.

"The last race is very competitive, but I have a good opinion of Vecchietta. Her only start at Coffs Harbour was full of merit and she will appreciate the 1200 metres,” Gibbons said.

Peter and Paul Snowden trained four winners on the Beaumont Track last Saturday and the stable has three runners on Boxing Day.

Duclair runs in the 2200 metre Class 1 and Maiden Plate while Miss Sure Shot and Oribella clash in the 1350 metre Benchmark 64 Handicap.

Duclair was runner-up to the smart Diamonds And Rust at Canterbury last start. Miss Sure Shot was placed first up at Warwick Farm before leading all the way at Wyong.

Oribella resumes and she has a win two placings from four starts.