Unraced filly Send Me Wild is a close relation to an Oaks winner and trainer Ron Quinton believes his well-bred debutante can give a glimpse of her own staying potential at Kembla Grange on Saturday.

The three-year-old shares the same mother, Wildesong, to Gai Waterhouse’s former Australian Oaks star Once Were Wild, which won the staying feature for fillies back in 2010 before running in the Melbourne Cup later that year.

Quinton is hopeful Send Me Wild is also blessed with staying credentials as she prepares to tackle the Perkins Beach Maiden Handicap (1300m) at her first start. 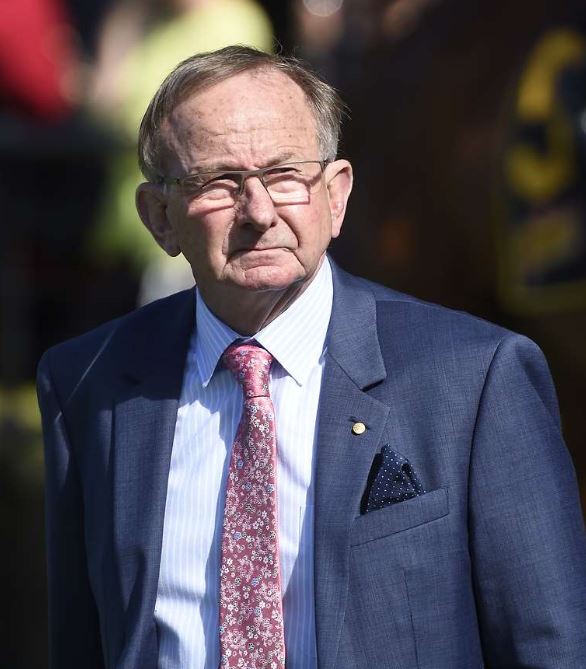 Send Me Wild is a daughter of Hallowed Crown who also sired last week’s impressive Australian Oaks winner Colette on Day Two of The Star Championships at Randwick.

“That Oaks winner looks pretty smart and if this filly is half as good as that I will be happy,” Quinton said.

“She is a close relation to an Oaks winner in Once Were Wild so you would expect that she will be looking for ground. She is built like a staying type so we will see how we go.”

Brandon Griffiths will pilot Send Me Wild on debut, where she has drawn barrier four and will likely carry 54kg after the apprentice’s claim.

Griffith has given his filly four trials in preparation for her debut, with her last coming on April 9 over 1040m.

“She had those first two trials but then we decided to put her out but she has come back in well,” Quinton said. “We have given her two trials again so it will be an interesting day there on Saturday.

“It will be good if she can have a good experience first time out and we will learn a lot more after Saturday.”

Quinton heads to Kembla with three chances on the afternoon with Todwick first-up in the William Beach Maiden Plate (1500m) and Bacinblac making his return in the Lake Cataract Class 1 Handicap (1500m).

“It is hard to say with Todwick because she ran a good race her first start at Warwick Farm and then her next start she wasn't so good but she had probably had enough,” Quinton said. “She has had a spell and is well.

“Bacinblac only won a maiden but this is a class one and trialled nicely the other day so if she puts her best foot forward she could be a chance. Without getting too excited, I think a couple of them should run alright."

Griffiths will ride all three of Quinton’s runners on the afternoon, which kicks off at 12.19pm.