A recent impressive trial winner at Hawkesbury, Disengage will be ridden by Grant Buckley in what shapes as a very interesting New Haven Farm Home 3YO Maiden Handicap (1000m).

Frazer prepared aptly-named Disengage’s dam, the Dash For Cash mare Dashoff (who won a Gosford Maiden in 2010), and has trained her first five foals. 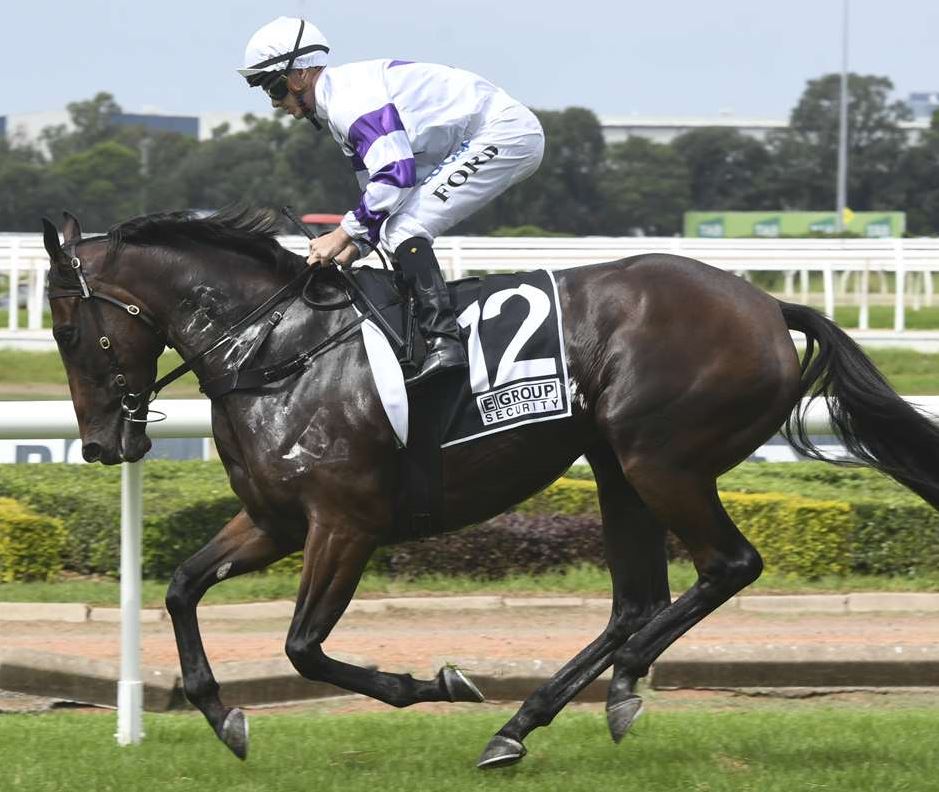 His latest Group 1 winner Spright (by Hinchinbrook), now retired and in foal to Zoustar, is an older half-sister to Disengage.

Dashoff’s first foal Way We Go (by California Dane) showed tremendous ability and won his first two starts at Warwick Farm and Royal Randwick, but unfortunately raced only four times and is no longer alive.

Her second foal Mine Two (by I Am Invincible) won at Randwick as a two-year-old and was stakes-placed before being retired.

Ivy Blue (by Arlington), the mare’s fourth foal and a sister to Disengage, trialled four times but had problems and never raced.

And so to Disengage. Frazer, especially knowing Spright’s ability, purchased her for $40,000 at the 2018 Inglis Classic Yearling Sale Book 2 and syndicated her amongst clients, including well known former leading Sydney bookmaker and administrator Bruce McHugh, who stands Arlington at his Tamalee Farm near Tamworth.

“Disengage was a November foal and quite immature, but you could see what she was going to furnish into when I bought her,” Frazer explained.

“As a result, we didn’t race her as a two-year-old and she had most likely gone over the top after three trials and a jumpout when she finished last on debut at Warwick Farm in late January. I gave her a break and she has pleased me this time in work.”

Disengage (Travis Wolfgram) showed brilliant pace to outrun her rivals and easily won a Hawkesbury 800m trial (current pre-post favorite Loiter was two and a half lengths behind in second place) on June 15 on soft ground.

“I didn’t want her to have a hard trial, and told Travis to keep her out in the middle of the track,” Frazer said. “Disengage is now 16.1 hands and taller than Spright, and there’s no doubt she has ability and will be very competitive tomorrow. But she needs to switch off a bit, and hopefully, that will come with further experience.”

Frazer gave Buckley the first ride (at Nowra) of his now successful career, and booked him for Disengage’s city debut earlier in the year. He rode the filly work at Hawkesbury on Saturday morning to get reacquainted with her ahead of tomorrow’s resumption.

Disengage is $5 third favourite with TAB.com.au for the race, with Godolphin’s Helmet – Dilly Dally filly Loiter at $2.90 and another beautifully-bred filly Tolerate (a daughter of Group 1 parents So You Think and Bonanova) at $3.20.

Trainer Claire Cunningham has withdrawn dual acceptor Flash Point (Jason Collett) from the earlier TAB Maiden Plate (1100m) to debut against her own age, adding further intrigue to the event.

Rachel King has four rides for local trainer Garry White as she bids to become the first female to win the senior jockeys’ premiership at Hawkesbury. King has so far ridden 10 winners this season (with only two more meetings remaining after tomorrow), and holds a two-win lead over Tommy Berry, Jay Ford and Tim Clark.

Gai Waterhouse and Adrian Bott, who lead the trainers’ premiership by one win from Gerald Ryan, do not have a runner tomorrow, but the latter has a couple of chances to either draw level or hit the front. He runs Divine Future (stablemate War Weapon has been scratched) in the 2YO Maiden Plate, and Snitzinnati in the Pink Finss Charity Benchmark 64 Handicap (1000m).

The rail is in the TRUE position, and a Soft 6 rating was posted this morning with a penetrometer reading of 5.62.