Sole Runner For Cummings To Land The Cash At Newcastle

James Cummings is enjoying his best season since taking the reins of the powerful Godolphin stable and is confident he can do punters a favour at Thursday’s Newcastle race meeting.

Cummings - with 163½ winners and prizemoney of more than $25 million this season - will only have one starter at Newcastle, Ligulate ($2.20 favourite on TAB fixed odds) in the 1600 metre Class 2 Handicap. 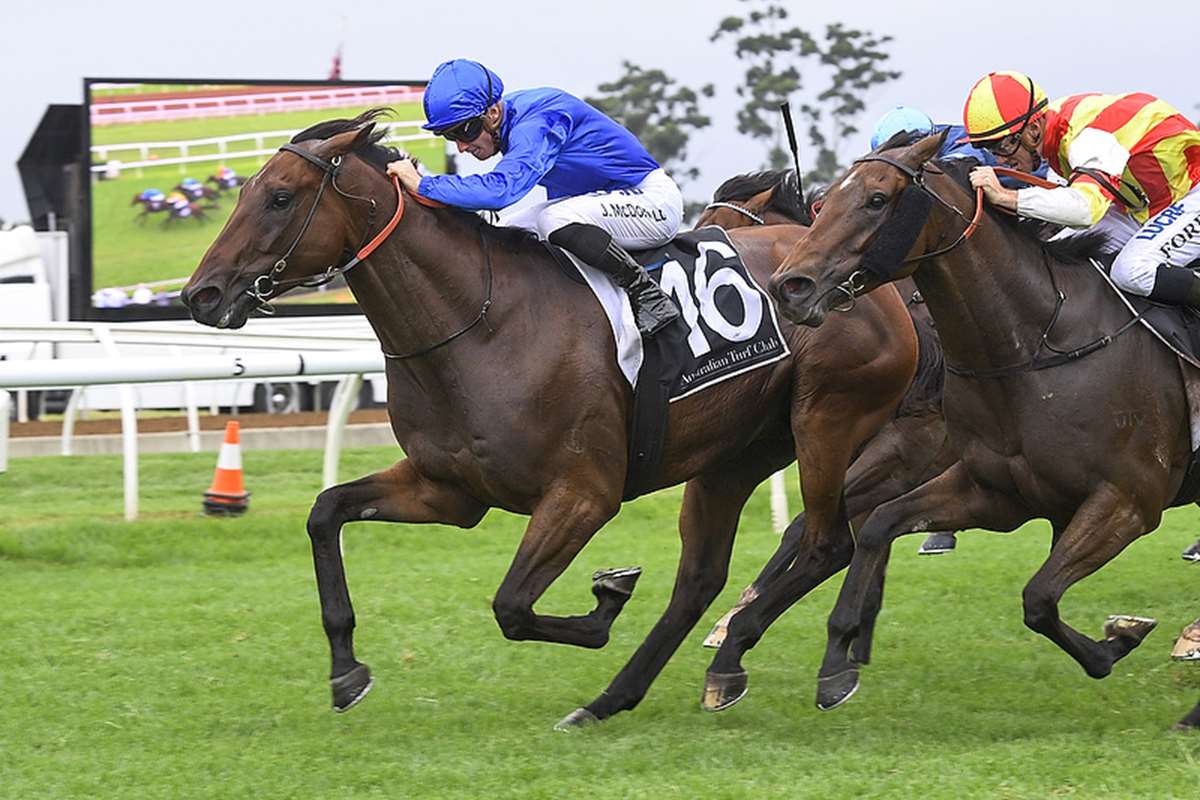 The three-year-old has outstanding credentials for Thursday’s race and Cummings is not concerned with the gelding’s impost of 60 kilograms.

“I am happy with the weight and I am confident Ligulate has a rock-solid chance, Cummings said.

"His last run in which he had a chequered path indicated that he was crying out for 1600 metres.

"The horse is back in grade and the spacious Newcastle track will allow him every chance.

"There may not be a lot of speed in the race and if so, he won’t be far off the speed.

Ligulate was narrowly beaten by Newcastle filly Evalina on the Kensington Track three starts back.

On March 13 he ran on strong to win a Benchmark 70 Handicap at Warwick Farm. Last start on April 3, Ligulate had no luck in the straight when beaten less than a length on the Kensington Track.

Newcastle trainer Kris Lees will saddle up six of his team on Thursday.

He has singled out three-year-old filly Magnolia Power ($1.70 fav) as his best chance.

The I Am Invincible filly will line up in the 900m Provincial & Country-trained Maiden Plate (900m). She wasn’t far away in her three starts last year and she trialled nicely at Gosford recently.

“Magnolia Power is going well, and the 900 metres first-up is ideal. The filly has drawn well, and Samantha Clenton will ride her after trialling her.

"She is my best chance. Of my other runners, Stella Sea Sun ($6) had a good first-up prep with two country wins and a close second. She has trialled well and should run well first-up.

22-year-old Scone apprentice Reece Jones has an opportunity to land his first Provincial winner aboard Disgraceful ($8) in the final event the 1400 metre Benchmark 64 Handicap.

Trained at Muswellbrook by Dale Riley, the seven-year-old was a good solid fourth in the recent Muswellbrook Cup. Thursday race is a drop-in class for Disgraceful and Jones's three-kilogram claim could be a winner.

Paul Perry’s three-year-old filly Western Folk ($3.50) can atone for a last start defeat at Gosford when she steps out in the opening event a 2340 metre Class 1 Handicap.

Western Folk has had five starts at Newcastle for a win and three placings. She didn’t appear comfortable on the tighter Gosford track when fourth there last start.

Her two Newcastle starts in March resulted in fast finishing placings over 1600 metres.