Taree five-year-old Sniponet will be reunited with regular rider Andrew Gibbons in the HMA Wear Solutions Benchmark 64 Handicap (1200m) at Wyong on Thursday and the gelding is set to return to the winners' list. 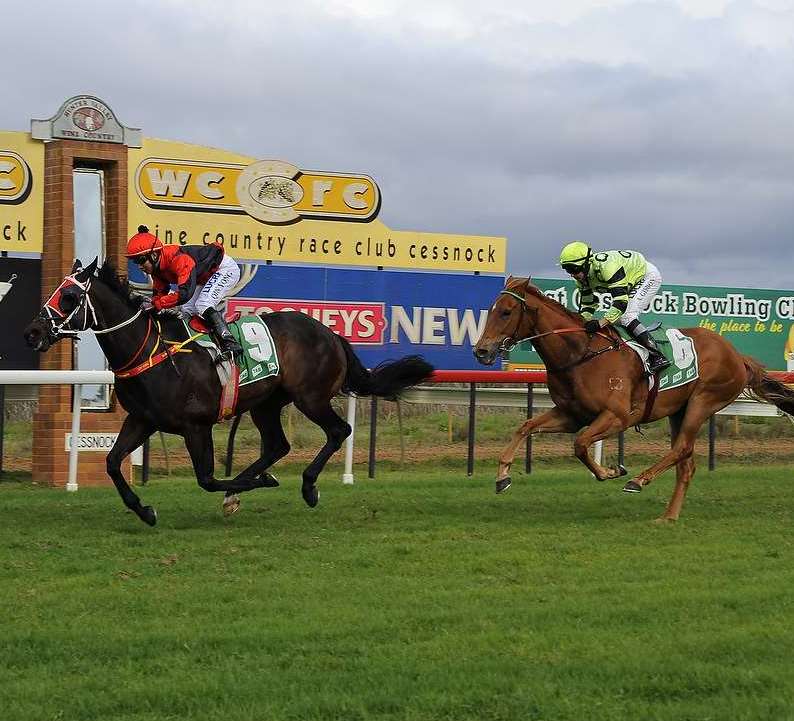 Gibbons, who has ridden 106 winners this season, hasn’t been aboard Sniponet in his two starts this preparation, however, he rode the horse when he performed well in three country cups in the spring.

Sniponet's only run at Wyong on March 30 resulted in a close second on a heavy track and second-up at Newcastle on April 13 he was run down late. The Wayne Wilkes-trained galloper was runner-up in the Cessnock Jungle Juice Cup, placed in the Kempsey Cup and a close fourth in the Krambach Cup last prep.

RACE 1, HMA GROUP 3YO MAIDEN, 1600M: Royal Captain is knocking on the door and deserves victory. He was only beaten a length by the smart Airwing first-up at Newcastle and he wasn’t far away in two Newcastle starts in March. His last run was his best when runner-up to Zouologist at Warwick Farm on April 17. Geissler never saw daylight when a close fourth at Newcastle last start and Georgina Gold could run a place.
SELECTIONS: 1 ROYAL CAPTAIN, 4 GEISSLER, 3 GEORGINA GOLD

RACE 2, HMA INSTRUMENTATION MAIDEN PLATE, 2100M: Dashing Special is well-placed in this field and maybe he can break through in his 28th start. He has been placed in 13 starts and he went well when runner-up over 1600m at Hawkesbury first-up two weeks ago. The winner Pinup Miss is very smart and Dashing Special beat the others easily. Cleverley will appreciate the longer trip and is fitter after two runs this prep. Polished Penny should have finished closer last start.
SELECTIONS: 1 DASHING SPECIAL, 6 CLEVERLEY, 8 POLISHED PENNY

RACE 3, HMA POWER GENERATION MAIDEN PLATE, 1350M: Two-year-old filly Foxborough takes on the older horses here and she will be hard to beat. She has only had two starts and in her last appearance on April 13 at Randwick, the filly was beaten a head in the Listed Fernhill. She does get back but she runs on strong. Scepter Of Power led at Warwick Farm first-up when fourth and he was slow to recover. Go Fish Go wasn’t far away at Hawkesbury on debut and he has the rails barrier.
SELECTIONS: 9 FOXBOROUGH, 5 SCEPTER OF POWER, 2 GO FISH GO

RACE 4, HMA MATERIALS HANDLING METRO & PROV MAIDEN, 1100M: Gorgons had no luck when a narrowly beaten favourite at Hawkesbury first-up. She was three-wide with no cover and she wanted to lay in for the last 300m. From barrier one and with Rachel King aboard Gorgons should box seat. Madam Oaks has put the writing on the wall with two recent seconds and Pretorius has been placed in his last two starts.
SELECTIONS: 5 GORGONS, 4 MADAM OAKS, 1 PRETORIUS

RACE 5, HMA FLOW & INDUSTRIAL CLASS 1, 1600M: Leardo had excuses when a close fifth at Hawkesbury first-up. He was held up at the 300m and ran on strongly to be beaten just over two lengths. The longer trip is ideal and he has won second-up. Seeingisbelieving won easily first-up at Newcastle and he is on his home track. Thor’s Thunder was narrowly beaten last start.
SELECTIONS: 2 LEARDO, 1 SEEINGISBELIEVING, 4 THOR’S THUNDER

RACE 6, HMA GEOTECHNICAL CLASS 2, 1350M: Celer is ready to win after two runs this prep over shorter trips. He struck a very heavy track first-up at Gosford and he was doing his best work late in a strong race at Newcastle two weeks ago. Apollo Prince was very impressive in an all the way debut win at Newcastle recently. One of the Kind was a close second at Hawkesbury last start.
SELECTIONS: 2 CELER, 1 APOLLO PRINCE, 8 ONE OF A KIND

RACE 7, HMA WEAR SOLUTIONS BENCHMARK 64, 1200M: Sniponet has his foot on the till after two placings this prep at Newcastle and Wyong. He was run down on the line at Newcastle second-up and likewise at Wyong first-up. He was placed in good quality country cups last prep. Mighty Marmalade flashed home when beaten a nose at Hawkesbury last start. Ladies' Gem races well here and he is a last start winner at Hawkesbury.
SELECTIONS: 3 SNIPONET 5 MIGHTY MARMALADE 2 LADIES' GEM

RACE 8, HMA GTECH CYCLONES BENCHMARK 64, 1100M: Dizzy Miss Lizzy was only beaten a length second-up at Hawkesbury two weeks ago. She was run down late at Nowra first-up and she is capable of a bold showing. Hylonome was stiff first-up when she came from last to finish fourth at Hawkesbury. Great Affair won well at Gosford two starts back.
SELECTIONS: 7 DIZZY MISS LIZZY, 6 HYLONOME, 2 GREAT AFFAIR

RACE 6
2 CELER – READY TO WIN
1 APOLLO PRINCE – VERY GOOD ON DEBUT. WILL LEAD
8 ONE OF A KIND – WILL GIVE A GOOD SIGHT
3 FLUIDITY – A STAYER WITH A CHANCE