Sherry Set For A Big Day Out At Newcastle (Sat)

The Irishman has ridden 51 winners on Provincial tracks in the 2019/20 season - six ahead of Keagan Latham. 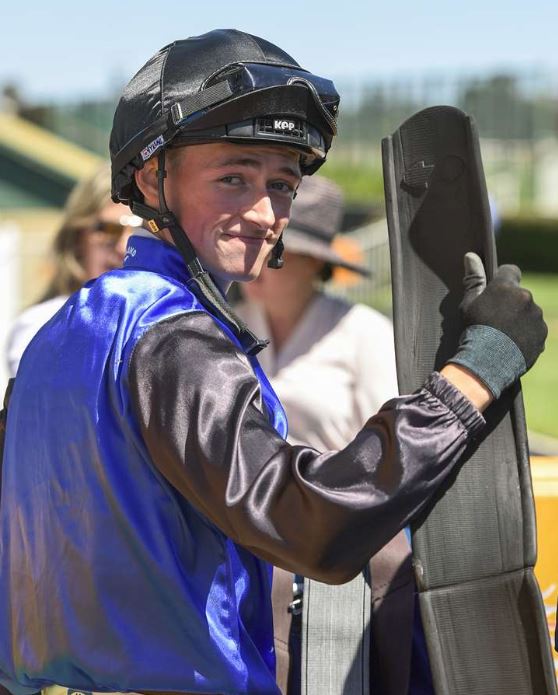 Apprentice Tom Sherry - has an excellent book of rides at Newcastle. Image by Bradley Photographers

With Newcastle apprentice Samantha Clenton on the sidelines with injuries in recent weeks, Sherry, courtesy of a winning double on Thursday, has taken the lead from Clenton in the NSW Apprentice Premiership. Sherry has ridden 90 winners since his first Australian ride last October.

Clenton, who has not ridden for a month, has steered home 89 winners for the current season.

The young man is confident of adding to his tally of winners on Saturday: “I have had great support from trainers since I had my first Australian ride in October.

"Newcastle is very special to me as it is a terrific, spacious track and I have ridden three trebles there.

"On Saturday Prince Camelot, Mission Bravo, Rhythmic Pulse and Quantico will all be hard to beat.

"Prince Camelot is a tough stayer and the 2310m will be no problem. The horse he beat at Cessnock last start won easily at Tamworth during the week.

"He will only carry 54 kilograms and from the nice barrier he has a great chance. My boss trains Mission Bravo and he is confident.

"His trials have been good and the rails barrier is a positive. I haven’t been aboard Rhythmic Pulse but he has very good form and races on the pace and has a lovely barrier.

"Quantico is a talented colt resuming and I galloped him the other day and he felt great,” Sherry said.

With fine weather and a good 4 track-rating expected, punters will see the eagerly awaited return of the talented Snowden-trained colt Garrison in the 1200m Maiden Plate.

The son of I Am Invincible has been scratched a couple of times recently because of wet tracks. He was gelded during his recent spell and comes to Newcastle Racecourse having won a Randwick trial a month ago by five and a half lengths.

Local trainer Paul Perry is a great chance to extend his current run of success when he saddles up three-year-old Call Me Mo in the 1200m Benchmark 70 Handicap.

He was only beaten half a length by the smart Café Royal on this track first-up and he has won second-up previously.

Grant Buckley only needs one win to reach the century for the season and he has seven rides.