Track Good 4 and Rail true so should play fair, with a gradual trend towards the outside.

Race 1, PROV & CTRY MAIDEN HCP (1200m): Surely it's break-through time for local 5YO mare 3. Speed And Style who has run four straight seconds and placed six from seven starts. Was edged out as a red-hot favourite last run, the final 600m run in slick time.
Dangers: Gosford gelding 2. Sir Elton (Your Song x Calpe by Rock Of Gibraltar) can run a big race on debut after winning his latest trial at home in smart fashion. Hawkesbury gelding 1. Cry Of Achilles has been placed three times from six. Compounded late well behind Speed And Style two starts back before improving to just miss as a well-backed favourite at Newcastle, and the blinkers come off.
How to play it: Speed And Style to win and quinella 2 and 3.

Race 2, MAIDEN PLATE (1200m): Keen on smart 3YO Randwick gelding 1. Black Sunrise first-up for nearly six months. Wasn't disgraced against stronger in the spring, and tuned up for return with two trials, the latest bolting in ahead of England who then resumed with a dominant win at the Scone carnival.
Dangers: Warwick Farm filly 8. Invinciano hit the line hard at Wyong second-up after being heavily-backed, and should peak here over slightly longer trip. Expect a big run from debutante Randwick 4YO 3. This Is So (So You Think x So Sydney by Dehere) who has trialled twice for strong juvenile yard; while another Randwick-based runner 3YO filly 7. Deliya resumed after three strong closing runs at Hawkesbury late last year. Had two trials so look for her getting home at the business end.
How to play it: Black Sunrise to win and box trifecta 1-3-7-8. 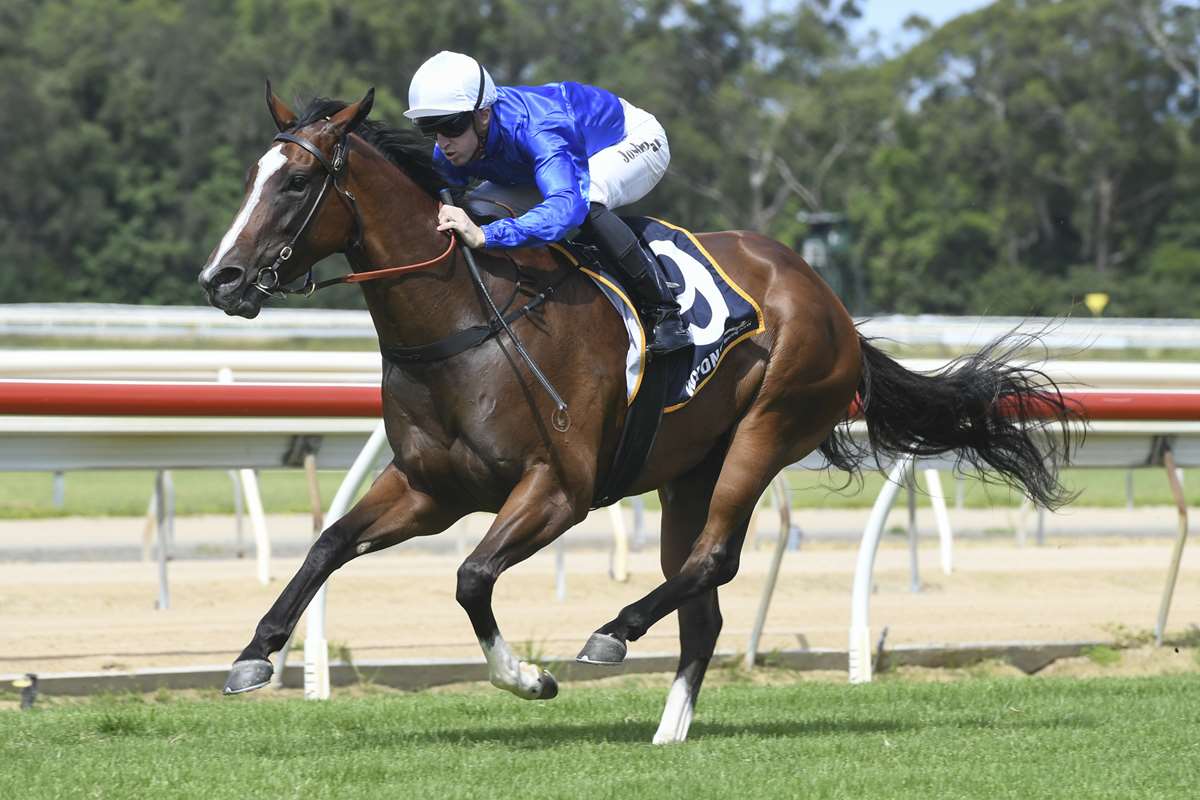 Race 3, CL1 HCP (1000m): Strong race, with a few chances. Godolphin filly 2. Ariege has held her form okay in three runs since winning first-up at Wyong as a heavily-backed favourite. Draws to park right behind a good speed and will be in the finish. Randwick filly 4. Starry returns from a six month break off two solid trials, and only win so far from five starts was first-up at Newcastle last spring defying a betting drift in a 3YO field with good depth. Hawkesbury filly 7. Lagarde both come out of a decent CL1 at Hawkesbury finishing right on the winner's heels.
How to play it: Ariege to win and box trifecta 2-4-7-6.

Race 4, BM 70 HCP (1400m): Lightly-raced local 5YO 4. Uno That has hit a rich run of form on home track bolting in his maiden three runs back before a narrow CL1 win, and then only run down late this grade behind Happy Seventy and Cape Wickham. Sneaking up in the weights, but is hard fit and will come across and try to dominate from the top.
Dangers: Local 6YO 2. Brother In Arms finished on at Hawkesbury two runs back before a little disappointing over the mile here, but has claims; while 6YO mare 8. Aimalac Millie has been consistent enough in good company, and draws a nice trailing gate. Locally-trained 8YO 3. Captain Mannering resumes without an official trial, but does have solid fresh form and at this track and distance, but would need all the breaks from a wide gate.
How to play it: Uno That to win.

Race 5, MAIDEN PLATE (1600m): Only modest form on show here at set weights over the mile which augurs well for 3YO Randwick gelding 2. Elaborate who has been placed six times from 10 starts. Well beaten behind Baaed as a short-priced favourite at Bathurst, but the winner has since bolted in again, and firmer ground is also a plus.
Dangers: Improving 2YO Warwick Farm gelding 10. Dhiaga flew home in only third career run at Goulburn, and long straight and extra trip should be in his favour. Randwick gelding 3. Elcano resumes off two trials, and hit the line okay first-up last prep over 1300m when well specked in the market. Watch for him late. Randwick 4YO gelding 6. Kooza will improve second-up after being easily over-hauled as favourite this track in his first run for eight months.
How to play it: Elaborate to win and quinella 2 and 10.

Race 6, BM 64 HCP (1600m): Keen here at big odds on 5YO Warwick Farm mare 4. Lightning Nic who gets in well after rider's 3kg claim and comes back from a stronger grade. Three runs back finished hard this track to beat Aliferous who then went on to win the Group 3 Adrian Knox over the Randwick autumn carnival.
Dangers: Promising Rosehill 3YO 3. Leardo is capable this grade after winning second-up at Wyong over the mile, but draws wide; while Warwick Farm gelding 6. Highly Desired bolted in an easier race at Goulburn, and looks well up to this going forward from an ideal barrier.
How to play it: Lightning Nic each-way.

Race 7, BM 64 HCP (1200m): Open battle, but going with the one on the rise. Smart Warwick Farm gelding 5. Doctor Zous - by Zoustar out of a Lonhro mare - finished nicely to win his maiden at second run in late January before a break, then destroyed a BM 58 field from the front at Goulburn. Draws well today, and looks headed for Saturday class.
Dangers: Liked the second-up run of Godolphin filly 10. Handspun this grade at Gosford hitting the line from well back; while 6YO Randwick mare 9. See The Show was backed at odds when improving just behind the placegetters this grade at Wyong. Even better suited on the bigger track fourth-up.
How to play it: Doctor Zous to win.