Trainer Matt Vella says he will know his fate – along with those of punters – with “problem child” Sniper Legend when the barriers open at his home track on Tuesday.

The experienced horseman has gone back to school with the lightly-raced two-year-old in a bid to clinch him a breakthrough victory in the Lander Toyota Provincial & Country Maiden Handicap (1100m). 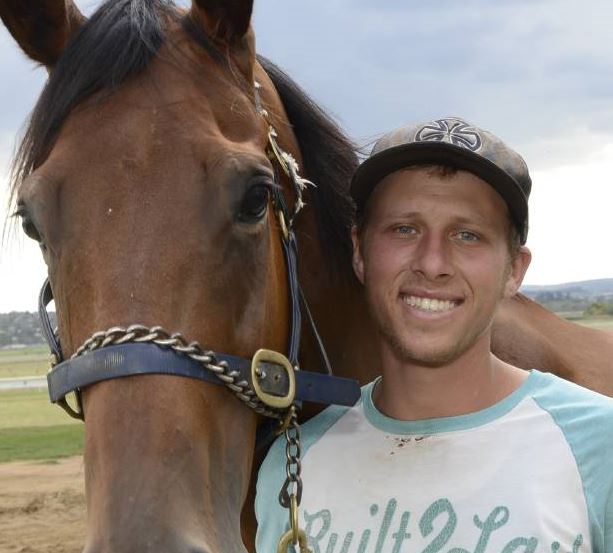 Sniper Legend ($2.15 favourite with TAB.com.au) and another local, Garry White’s Pending ($3.20), absolutely dominate betting on the race. They are the only two horses currently quoted under double figures.

The Everest winner Classique Legend’s owner Bon Ho paid the second top price of $550,000 to secure Sniper Legend at Inglis’ Ready2Race Sale at Riverside last October and left him with Vella, who broke the Capitalist youngster in.

“He’s a good thinker; I’ve had to do a lot of work with him,” Vella said this morning.

“Sniper Legend has been fine with me at home, but played up loading in the barriers whenever I have taken him away.

“That’s why I have decided to start him off again at home tomorrow in what appears to be a really suitable race.

“If he loads up as I expect he will, I’m sure he will be hard to beat.”

Sniper Legend was gelded before he went to the Ready2Race sale, and Vella has introduced a couple of gear changes designed to assist Sniper Legend make a successful return.

“He will race in ear muffs to help him stay relaxed, and a stallion chain will help him go forward,” he said. “There’s no doubt the horse has the ability. He just has to be on his best behaviour at the barrier.”

Classique Legend’s rider Kerrin McEvoy partnered Sniper Legend in his Wyong debut and also two recent trials (fifth of 10 over 900m at Rosehill Gardens on April 27, and third of nine over 736m at Randwick on May 28), and Vella understandably was keen for him to stay aboard tomorrow.

However, he was unable to confirm the booking because of an outside commitment and Hawkesbury premiership pacesetter Jason Collett fills the breach. Collett (14 wins and two ahead of last year’s winner Rachel King and Tommy Berry) has five mounts at the meeting.

Aside from Sniper Legend, he rides Sacramento Joe and Loch Eagle for Kris Lees, Lake Kastoria for Matt Smith and De Valera for his partner Clare Cunningham.

Vella prepared and took a bevy of young horses to the Ready2Race Sale last October – and was delighted to come home with two of them.

“As well as getting Sniper Legend to train, Newgate Farm also left the Hinchinbrook youngster Lovick with me when he didn’t reach his reserve,” he said. “Lovick is yet to race, but won his trial by seven lengths at home last Monday in the fastest time (47.31secs) of eight two-year-old heats.”

With only three meetings remaining, including tomorrow, before the season ends, Mark Newnham (14 wins) holds a five-win advantage over Kris Lees and Peter and Paul Snowden in the trainers’ premiership.

Josh Parr (10 wins at Hawkesbury this season) rides Law Party and Sam Clipperton (7 wins) has the mount on Bob.

Newnham’s apprentice Tyler Schiller (4 wins at Hawkesbury this season and 48 overall), who rides Edge of Darkness, is only one win behind his injured stablemate Tom Sherry in the junior riding premiership. He also rides Tympanist for David Payne, Lady Lucilla for local trainer Terry Croft, and Lunar Rain for Jason Coyle.

Hugh Bowman makes a rare Hawkesbury appearance this season, and has mounts in five of the seven races. Bowman, who has had only six rides at the track in this current season for two wins but has 117 overall victories there, partners early favorites Supremo (Blacktown Workers Club Group Class 1 Handicap, 1600m) and Command King (XXXX Gold Benchmark Handicap, 1300m); both for trainer John Thompson.