Promising Galloper To Use Kembla Race As Stepping Stone

Trainer John Sargent says Get The Idea has come of age and believes the promising stayer will be tested in tougher grade than Saturday’s test at Kembla Grange again before long.

The So You Think gelding will head down the highway from Sydney searching for back-to-back wins to start his four-year-old season. 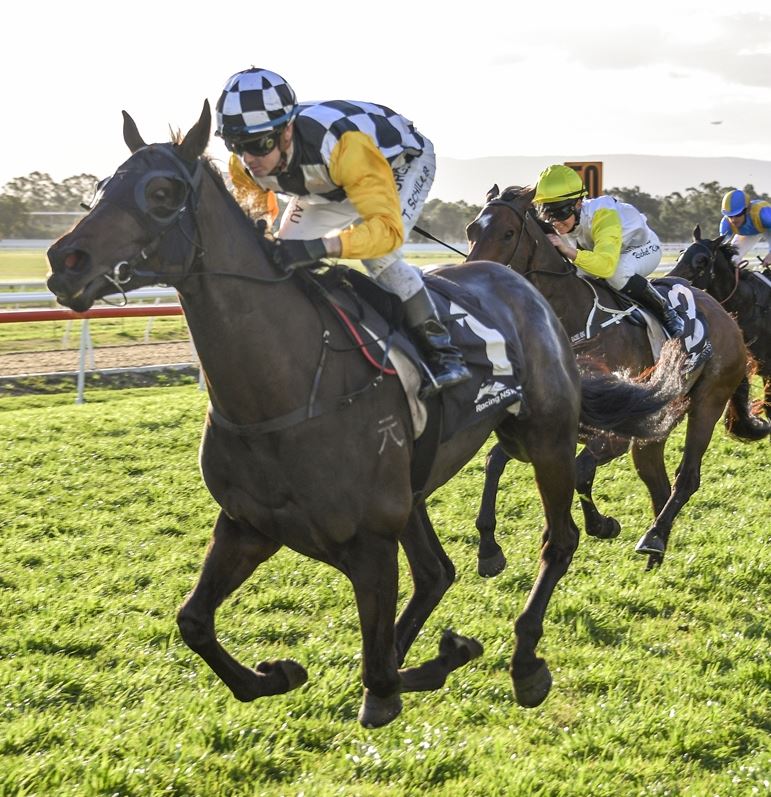 Get The Idea (Tyler Schiller) races to victory at Hawkesbury. Image by Bradley Photographers

Get The Idea was an impressive winner at Hawkesbury last start and Sargent is keen to see him repeat the display in the Woonona Conditional Open Handicap (1600m).

“He has improved since his first-up win and has done very well,” Sargent said.

“The same rider, young Tyler Schiller, will be on him and he will claim three kilos so he gets in well at the weights.

“He is a very promising horse and should graduate to stronger company.”

Get The Idea won on debut as a three-year-old in January at Kembla Grange before being tested at the top level in the autumn.

Sargent gave Get The Idea his chance in the Group 1 Randwick Guineas, where he finished 10th, while he came in the same position in the Group 3 Frank Packer Plate at his next start before heading for a spell.

Sargent believes his lightly-raced staying prospect could be capable of returning to stakes grade once he puts it all together.

“He will move to the midweeks and Saturday grade races in time, and then we will see where we can get to from there,” Sargent said. “With his breeding, he should make a nice stayer.

“He has always had a few chinks in his armour, being a bit green but he has finally grown up with a bit of age.”

Sargent has runners in each of the first three events at Kembla with Brash Sammy kicking off the card in the Wollongong Class 1 & Maiden Plate (2000m). Stablemate Spin That Wheel will step out for start five in the Wombarra Maiden Plate (1600m).

“Out to the 2000m should suit Brash Sammy who ran okay last start but needs to front up to see if he is up to this sort of grade,” Sargent said. “It is his chance to run well from a good draw.

“Spin That Wheel, once we get him out to a mile and 2000m he will be better. We have taken the gear off him hear but he does have ability so hopefully, he can show that on Saturday.”