Promising Gosford four-year-old Through the Cracks, which has built up an outstanding record on country tracks, makes his Provincial debut at Saturday’s Newcastle race meeting.

The gelding has won three of his four starts and he was a 'good thing' beaten in the other.

Through the Cracks, trained by Angela Davies, will contest the 1200 metre Newcastle Nobby’s Benchmark 70 Handicap with Andrew Gibbons aboard. 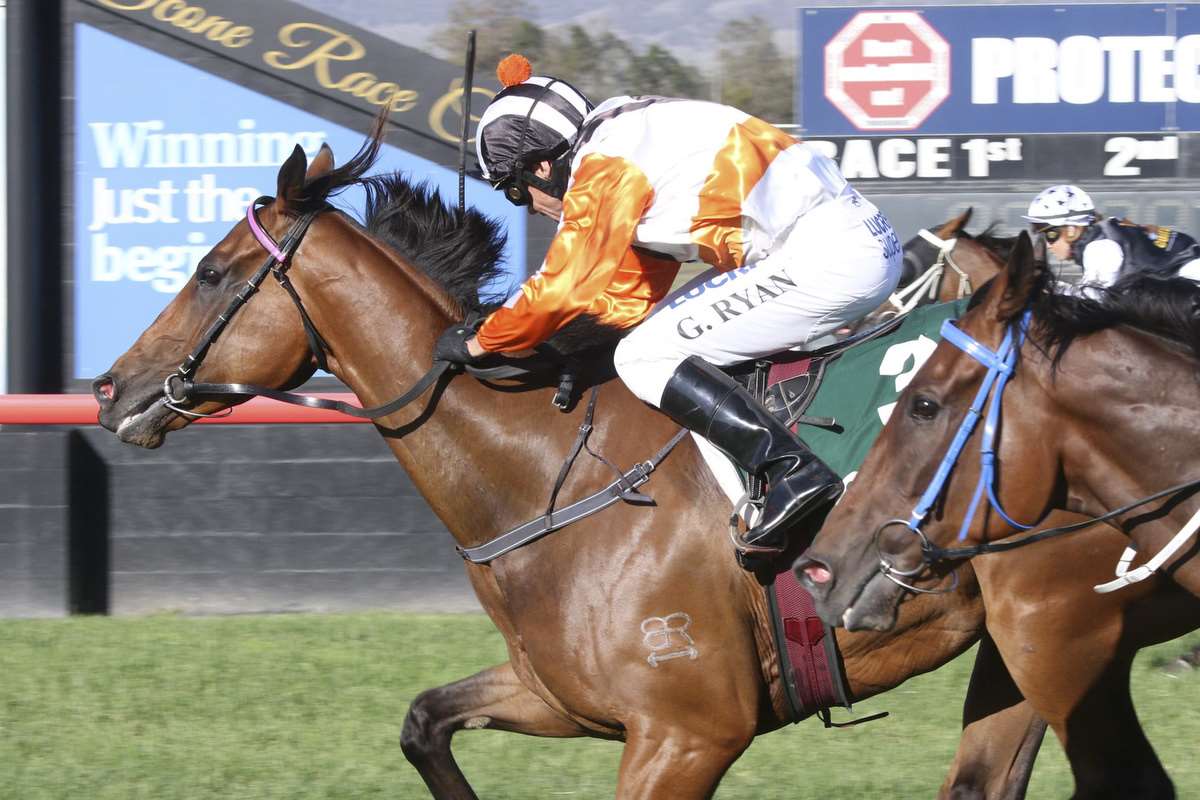 Through the Cracks (Greg Ryan) scores at Scone. Image by Bradley Photographers

After a tardy beginning, Through the Cracks was buffeted by another runner and he was near last on the home turn before storming home to finish 1¼ lengths from the winner.

He went to Taree two weeks later, struck a heavy 10 track and was second past the post. The winner was subsequently disqualified.

After a spell, Through the Cracks stepped out at Scone to win comfortably and then two weeks ago at Port Macquarie he was ultra-impressive in another effortless win.

Davies realises that Saturday’s race represents a huge rise in class for her lightly-raced gelding.

“This is obviously Through the Cracks' stiffest test to date but I am confident he will run well. I believe he is a horse that could win a midweek metropolitan race," she said.

"He needs a good tempo, so he can settle back in the field then produce that terrific turn of foot he possesses.

"I was fortunate to be able to book Andrew Gibbons for the ride as he in great form and he rides the Newcastle track as well as anyone.

The Gosford trainer only has nine horses in work but is enjoying a successful season with 20 winners from 50 starters. It will be a test of Through the Cracks' potential as it is a classy field with Paul Perry’s front-runner Airwing the one to beat.

On a very strong Newcastle program, Kris Lees will saddle up eight runners and James Cummings will send six of his team up the M1. Lees's best chances appear to be Mill City (race 2), Intimidating (race 5) and Total Power (race 7).

Former New Zealand filly Mill City has had three starts for Lees for placings at Newcastle and Muswellbrook. The filly hasn’t raced for seven weeks and she will be running on strongly.

Two-year-old colt Intimidating was well-backed in his only start at Randwick on Boxing Day when beaten five lengths. He has been trialling in good fashion.

Total Power won his first two starts at Tamworth and Port Macquarie in the spring and he was narrowly beaten at Gosford on April 4. The three-year-old has a big weight and an adverse barrier however, he is talented.

Cummings has a strong hand in race three with Chanteresse and Gorgons. Chanteresse was runner-up to the smart Got Your Six on debut at Newcastle on April 13.

Cummings's Isilmo resumes in race four and he was beaten less than two lengths from the outside gate on debut at Newcastle three days before Christmas last year over the same distance.

Devachan has sound metropolitan form and he is Cummings’s best chance in race 5.