The name might seem unusual but Jason Attard and Lucy Keegan-Attard won’t mind one bit if Psicopatico ($10 on TAB fixed odds) can provide them with a breakthrough success on their home track at Hawkesbury on Thursday.

The husband and wife training duo could be excused for feeling the lightly-raced Bernardini four-year-old owes them a win at the very least in the Thomson Geer Lawyers/Russell Corporate Advisory Provincial & Country Maiden Plate (1300m).

The Attards outlaid $75,000 to secure him (Lot 997) at the 2017 Magic Millions yearling sale at the Gold Coast, and kept a small percentage of him whilst bringing in other owners.

Through a series of circumstances, the now four-year-old gelding lines up for only his fourth start; ad his third under the Attard banner. 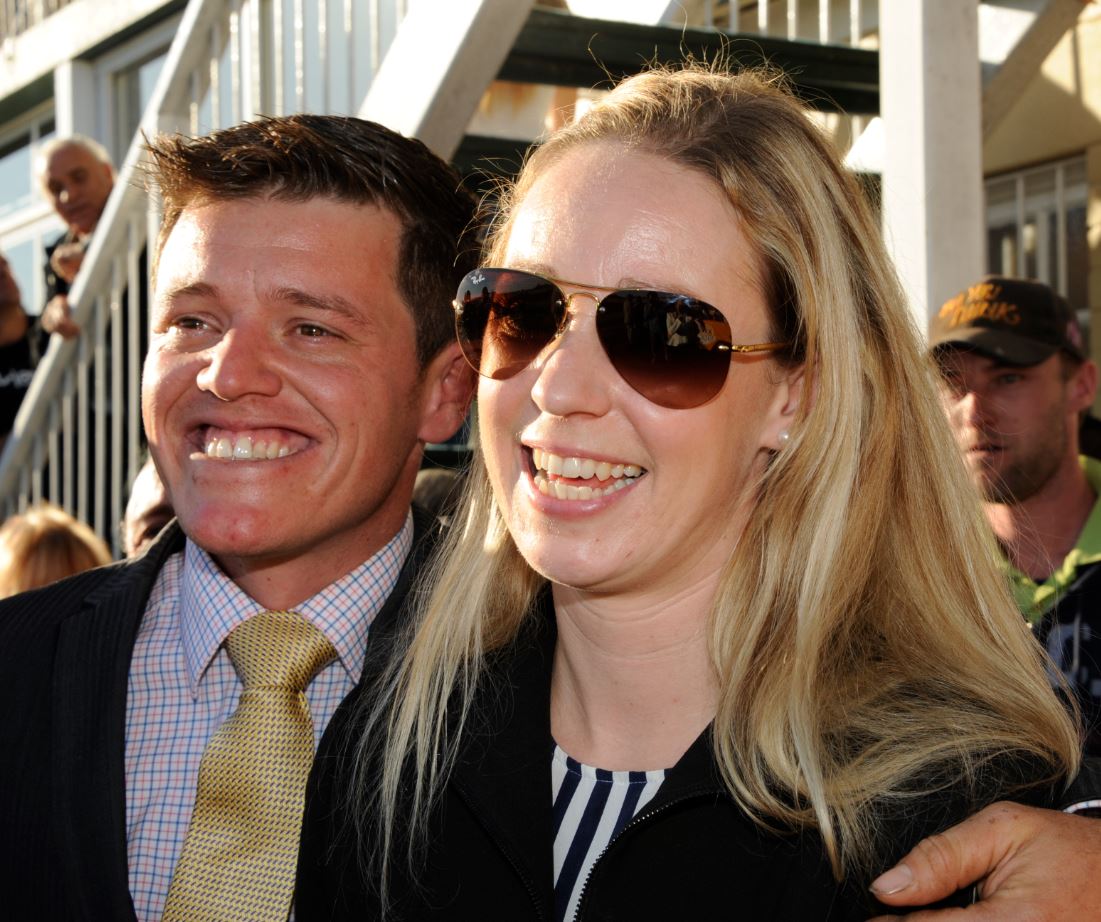 An Italian word, Psicopatico means psychopath in English – and the equine Psicopatico’s dam is the Carnegie mare Love Her Madly, whose only win was at $41 in a Class 1/Maiden Plate (1750m) at Muswellbrook in February 2014 for Scone trainer Rod Northam.

“We have stuck solid with this horse,” Jason Attard said this morning. “He trialled twice at Hawkesbury in late 2017 and his second trial on December 18 was brilliant.

“I thought he was our next Sons Of John (the horse who won the 2015 Group 3 Hawkesbury Gold Cup for him and three months later nearly upset Winx in the Group 2 Theo Marks Stakes at Rosehill Gardens).”

Disappointingly for the Hawkesbury trainer, Psicopatico subsequently was transferred to Chris Waller at Rosehill Gardens and made his debut when seventh of eight runners in a Newcastle Maiden Plate (1300m) on September 4 last year.

He then came back to Attard, who was training in his own right at the time, and had his next two starts at Kembla Grange earlier this year, improving to finish fifth in a 1300m Maiden Plate in February.

“Psicopatico was a bit scratchy afterward, and we had to have him operated on to remove a bone chip from a knee,” Attard said. “He required a lengthy spell, and we were really pleased with his first-up fourth in an 1100m Maiden at Hawkesbury on November 7.

“The distance was a bit short, but he made nice ground. Kathy O’Hara rode him and was happy with his run and stays with him tomorrow. He has done well since that race, and we’re hoping he can break through.”

Psicopatico also was an acceptor for tomorrow’s Gleam Maiden Handicap (1300m) but will start in the seven-horse Provincial & Country Maiden.

Since taking out a joint training licence at the beginning of this season, the Attards have endured a frustrating run of seven minor placings and five fourths.

“The horses have been putting in and racing well, but the luck just hasn’t gone our way,” Jason Attard said.

The couple has a second string to their Hawkesbury bow tomorrow, also saddling Cinderconi (Tommy Berry, $14) in the Konami Class 2 Handicap (1300m). As with Psicopatico, luck hasn’t exactly favoured the Attards with the six-year-old Nicconi mare either.

Jason Attard won a 1400m Class 1 Handicap with her at Goulburn in July last year, but she has since been placed on five occasions. One of those placings was also at Goulburn, in April this year, when she finished third as a $2.20 favourite in a Benchmark 58 Handicap (1300m) and bled.

“Cinderconi is now raced by Lucy in partnership with Kate Nivison (Etak Thoroughbreds),” Attard said. “It’s great to have Kate as part of our stable; she now has a number of horses with us.

“Cinderconi has been placed at her last two runs. She was narrowly beaten at Nowra before finishing third at Muswellbrook when it was hard to make ground on a firm track.”

Trainers Kim Waugh and John Thompson have made Hawkesbury decisions about which races their dual acceptors Reaching ($1.65 favourite) and Brunetta ($2.40 fav) will contest tomorrow – and both are favourites.

Reaching (Berry), a beautifully-bred Deep Impact filly from multiple Group 1-winning mare Alinghi, lines up in the same race as Psicopatico, and is all the rage at odds-on. Brunetta, a last start Kembla Grange winner on November 5, tackles the Cerno Benchmark 64 Handicap (1500m).

She is one of four early favorites in an attractive book of seven rides for Brenton Avdulla, whose longest priced mount is $6.

The rail is 5m out from the 1300m to the 900m, and in the TRUE position for the remainder of the circuit. A Good 4 rating was posted this morning, with a penetrometer reading of 4.86.