Newnham Hopes To Be In Charge At Kembla On Saturday

Trainer Mark Newnham nearly claimed Kembla Grange’s new showpiece seven days ago and a horse wearing the same silks will make up part of his charge at the track on Saturday.

Gutsy gelding Quackerjack had no luck when Rachel King was forced to sit three-deep from the wide draw in the $1 million The Gong when going down to the Chris Waller-trained Mister Sea Wolf.

Those yellow and red silks will feature at Kembla again when Arthur In Charge contests the Jerry Regan CG&E Class 1 Handicap (1200m). 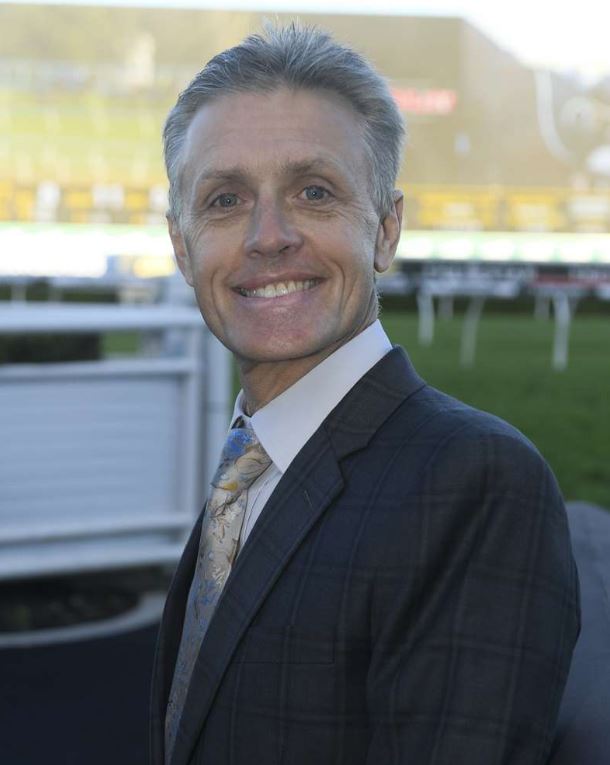 Trainer Mark Newnham - has a good opinion of Arthur In Charge. Image by Bradley Photographers

The Charge Forward three-year-old had to do things the hard way when he was caught wide first-up at the same track over 1000m. But Newnham believes he will benefit from the experience.

“He only went into that off one trial so generally they need the run,” Newnham said.

“He will go back here and we will try to get some cover. I wouldn’t think he would have the pace to go forward.

“He will get back and will hopefully be hitting the line late.”

Newnham tested Arthur In Charge in Saturday grade as a two-year-old and thinks the colt is more than capable of reaching the same level again.

Apprentice Tom Sherry will ride Arthur In Charge on Saturday and Mission Phoenix for the trainer in the first.

The young gun has been in sensational form, riding a double at Wyong during the week and four winners at Orange last week.

“He is a very good rider,” Newnham said. “As long we take it steadily with him he will make it. He is a hard worker.”

Meanwhile, Newnham is set to press on the Group II Villiers Stakes with Quackerjack after the gelding came through a tough run in The Gong well.

Newnham had high praise for his son of Not A Single Doubt: “He is a really tough horse,” Newnham said.

“Whether he wins or gets beat you know he is going to be there doing his best.

“We will head the Villiers now and if he gets that free ticket to the Doncaster we will wait and see.

“He is also Magic Millions eligible so we could give him a freshen up and head up there.”