Mark Newnham’s main focus will be on attempting a major Royal Randwick upset tomorrow, but he also hopes to strike in early races at the corresponding provincial fixture at Hawkesbury.

Newnham is seeking to secure a berth in the TAB The Everest (1200m) next month with his talented sprinter Splintex ($16), who takes on fancied pair Nature Strip ($1.40) and Adelaide visitor Gytrash ($3.50) in the six-horse Group 3 Concorde Stakes (1000m).

“Nature Strip and Gytrash, along with Classique Legend, are the only ones who are so far guaranteed starts in The Everest,” Newnham said this morning. 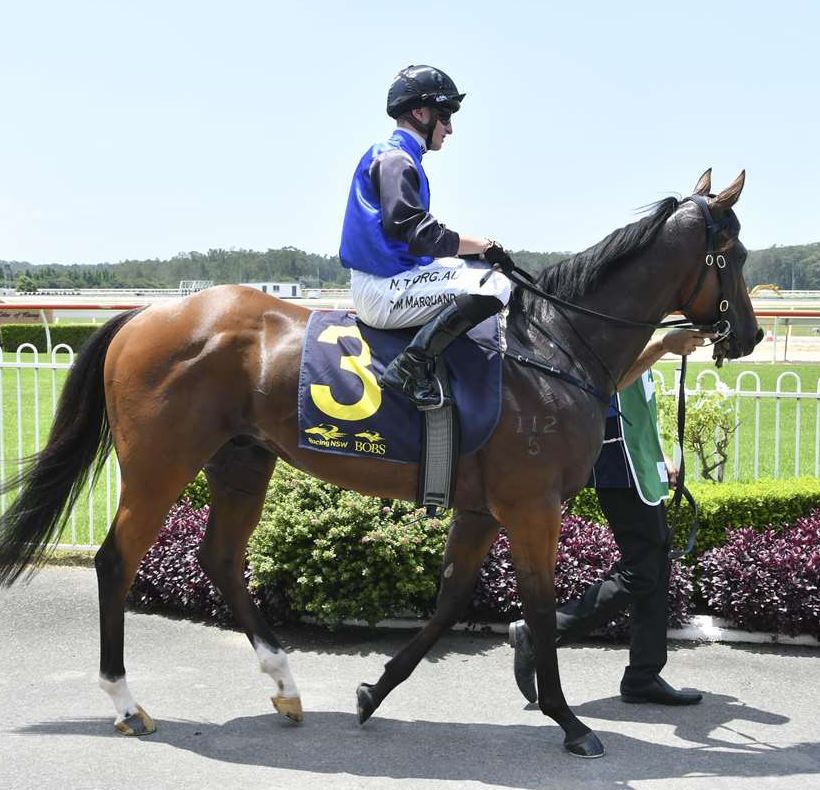 “There are still nine spots up for grabs, so why not have a crack with Splintex?

“Whilst obviously I’m going to Randwick, we have some nice chances at Hawkesbury and will be keeping a close watch on them.”

Newham has named Bargain as his best chance, and obviously the pick of his two runners in the F&M Maiden Plate.

“Bargain was very good late when fourth and beaten less than a length at her last start (and only second career start) at Newcastle over 1250m a fortnight ago, and, being an Ocean Park filly, will appreciate stepping up to 1400m,” Newnham said this morning.

“Invincible Fire has raced only once and also has good ability, but is still something of a work in progress. I’m putting blinkers on her tomorrow to hopefully help her travel better in running, and enable her to finish off.

“Irrespective of what she does tomorrow, she is going for a spell afterwards. Blinkers are coming off Nearly Fine, who was lazy and uncompetitive to start with.

“His first trial was terrible, but he has gradually improved at each of his three starts. He has been placed at his last two runs, and I don’t feel he needs the blinkers any more.

“He should be able to jump better from an inside draw and take up a forward position. Shadow Colour is busting to win a race, and hopefully that is tomorrow.

“He goes quick and has been placed at five of his six starts to date. My apprentice Tyler Schiller is good value with his 3kg provincial claim considering he has ridden nearly 100 winners.

“Star Magnum is a younger full brother to our three times city winner Black Magnum, and ready to make his debut.

“He jumped well and showed pace when second in his recent Warwick Farm trial, but has drawn awkwardly tomorrow. Like Invincible Fire, he is also going to the paddock regardless of his Hawkesbury performance.”

Hawkesbury trainer Daniel Robinson is looking forward to getting Karmazone ($6) back to the races tomorrow. The lightly-raced now five-year-old resumes in the David Dwyer Bookmaker Conditional Benchmark 68 Handicap (1400m), and Rory Hutchings will ride him.

Karmazone won his first two starts at Orange and Canberra in September and October last year, and earlier this year contested two heats of the Provincial Championships series, and ran nice races.

“Things just didn’t go right for him last preparation,” Robinson said this morning. “I threw him in the deep end in the autumn to try to qualify for the Provincial Final, and he ran well without luck when just behind the placegetters at both Hawkesbury and Kembla Grange.

“Karmazone had a good break, and I might give him only a light campaign this time and concentrate on having a shot at next year’s Provincial series. I was going to run him at Wyong last Sunday, but decided to wait for this race on his home track.

“I’m sure he will run well as he made ground against the bias favouring on-pace runners when second first-up over 1300m at Goulburn in February at the beginning of his last campaign.”

Robinson takes three horses to his home track meeting. He also runs Sky Meteor (Winona Costin, $101), having his first run for him in the Exact Security Maiden Plate (1400m), and Hard Expectations (Shaun Guymer, $41) in the Ascend Sales Trophies Class 1/Maiden Plate (2000m), backing up from a first-up fifth over 1850m at Mudgee last Sunday.

The rail is in the TRUE position, and a Soft 5 rating was posted this morning, with a penetrometer reading of 5.1.