Jason Attard feels the stars are aligning for him and his wife Lucy to strike a home track blow in Saturday’s $150,000 Polytrack Provincial Championships Qualifier (1400m) at Hawkesbury.

The popular couple took out a joint training licence at the beginning of this season and will be represented by recent city placegetter Munich ($8.50 on TAB fixed odds) in the second qualifier of the 2020 series. 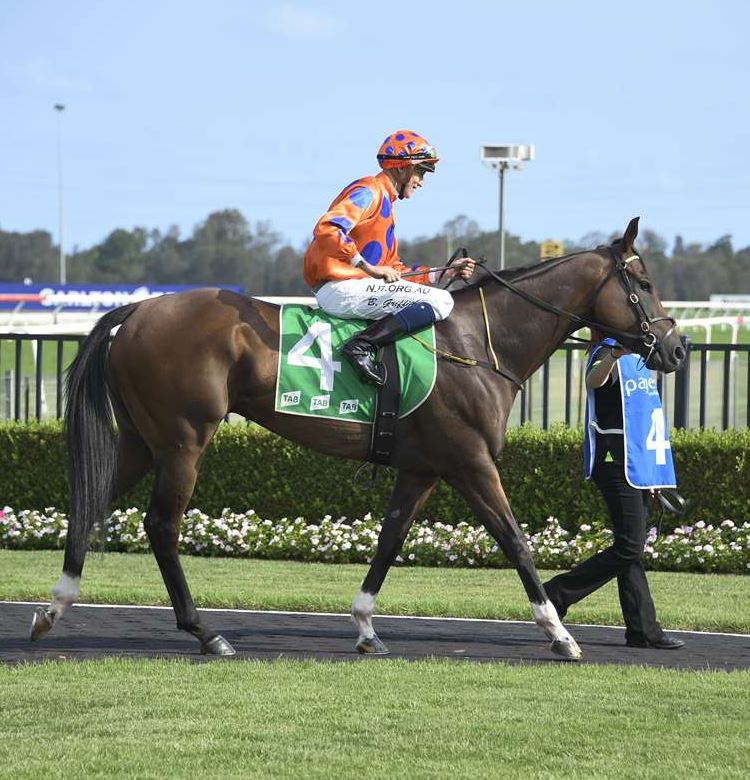 “He has a good gate, we’ve had a lot of success with his rider Keegan Latham and the horse has won on soft ground and been placed at his only start on a heavy track.

"Munich is in a good space at present. I’m sure he will acquit himself well.”

When training in his own right, Jason Attard qualified Reiby Rampart for the 2017 final when she finished third to Shazee Lee in that year’s Hawkesbury qualifier.

The Attards initially had also planned for Cinderconi – the mare who gave them both their first winner as a partnership at Newcastle last December and a city breakthrough at Warwick Farm in January – to contest the series, but a setback forced her out.

They still have Reiby’s Regent waiting in the wings to run in either or both the Gosford 1200m qualifier tomorrow week and fifth and final 1350m qualifier at Wyong on March 28.

Munich, a four-year-old by Snitzel, began his career with Peter and Paul Snowden and was placed twice in town before starting odds-on when third to the talented Pohutukawa in a Hawkesbury 2YO Maiden Plate (1300m) in June, 2018.

He had two starts last year for Gold Coast trainer Toby Edmonds – and won over 1050m first-up at Doomben 12 months ago on soft ground – before joining the Attard stable.

Munich’s latest close second to Cyber Intervention in a Benchmark 70 Handicap (1400m) on the Kensington Track (again on soft ground) on February 19 brings him in with undeniable claims tomorrow, especially given the wet conditions.

Matt Vella also represents Hawkesbury with I’m A Legend (Travis Wolfgram, $26), whilst Daniel Robinson is hoping for two scratchings to get second emergency Karmazone (Shaun Guymer, $19) into the field.

The pre-post market for the Provincial Qualifier will change with the current favourite Enchanted Heart ($3.40) - one of five acceptors for leading Newcastle trainer Kris Lees - racing at Dubbo today as a $2.70 favourite and will be scratched. Stablemates Intrinsic ($6.50) and Great Danger ($9) will come further into reckoning once Enchanted Heart is taken from the field.

“The wet ground will suit Intrinsic,” Lees said. “She has won on both soft and heavy tracks and ran fourth in the Listed Ramornie Handicap (1200m) at Grafton last July on a soft track. I’m not sure any other horse in tomorrow’s race could have done that.

“Great Danger was good winning first-up at Newcastle and has an excellent soft track record, but is yet to race on heavy ground. Albert’s No Pussy ($19) and Vive Marie ($81) both need to improve on their latest runs.”

Lees has won two of the five Provincial Championships Finals (Danish Twist in 2016 and Serene Miss in 2018) since the series began in 2015.

The Provincial Qualifier aside, there will be a lot of interest at tomorrow’s meeting in the performance of hotpot Pride Of Adelaide (Koby Jennings), who contests the Robert Oatley Wines Class 1 Handicap (1600m).

The exciting three-year-old won by a “street” at his second start on the Beaumont track on February 17, and big things are expected of him.

Young Newcastle trainer Nathan Doyle, who is quickly making a name for himself, prepares Pride Of Adelaide and also has another strong chance in three-times runner-up Dreaming Of Gold (Sam Clipperton) in the Irresistible Pools & Spas Maiden Handicap (1300m).

The rail is in the TRUE position, and a Heavy 9 rating was posted this morning.