Mitch Newman rated it his best training performance – and who could argue?

The former successful jockey, now also successful plying his trade on the other side of the fence, brought off a successful coup on his home track at Hawkesbury on Sunday with a mare having her first start in just over two and a half years. 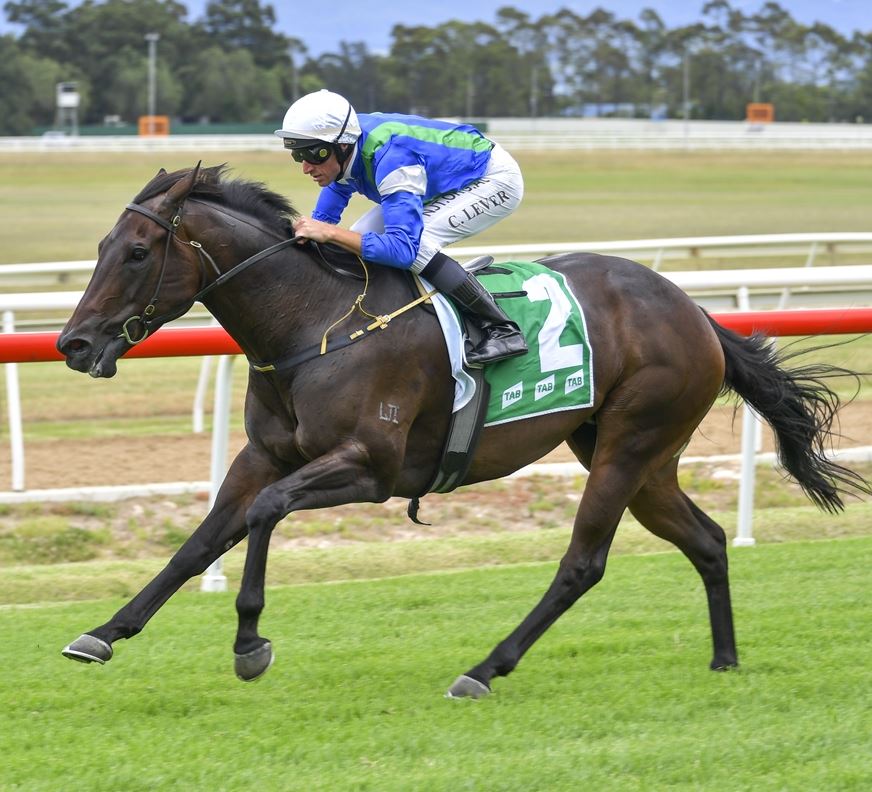 Green and Chad Lever bolt in at Hawkesbury. Image by Bradley Photographers

The experience of jockey Chad Lever proved vital as the mare was never able to get on the track from an outside barrier and was forced to race wide and without cover throughout.

It was a measure of her superiority that she was still good enough to surge clear in the last 100m and easily defeat $2.60 favourite Little White Lies and another Hawkesbury representative, Edward Cummings’ Spanish Pearl ($7).

Green’s emphatic victory continued the excellent job Newman has done with a number of horses which were transferred to his stable earlier this year after Rosehill trainer Tim Martin fell foul of Racing NSW stewards.

Newman has won with Eighth Immortal, Diva Bella, Debrief and Elani Rose, but it’s doubtful any of those gave him more satisfaction than Green did on Sunday.

The now five-year-old daughter of Denman had raced only twice for Martin as a two-year-old, finishing fifth to Gem Song over 1100m at Rosehill on May 5, 2018 on debut and then sixth to Eawase in the Listed Bill Carter Stakes (1200m) at Doomben a fortnight later.

Though Green had been off the scene for such a lengthy period, Newman stressed there had been nothing wrong with the mare.

“There was an ownership dispute which took a long time to resolve, and that’s why she stayed in the paddock,” he explained. “It’s been a good day,” Newman added.

“I gave Green a soft trial (807m) at Warwick Farm early last month considering she had not raced for so long, and then had plenty of time to get some more work into her for this assignment. I’m sure she will take further improvement from today’s race and can go on to better things.”

Newman was especially delighted that the mare had provided a real tonic for his good mate Martin, a part-owner of Green.

“Tim has been working alongside me, and sustained multiple injuries a week ago when a young horse he was riding at the track reared up and became unbalanced, and rolled back on him,” he said.

“His recovery is going to be a lengthy one, but he was in great spirits when I spoke to him in Westmead Hospital after the race. He has reapplied for his licence, and will train at Hawkesbury once he gets that back and is well enough to resume his career. Tim is an outstanding horseman.”