Lightly-Raced Galloper To 'Playard' Against Opponents At Hawkesbury

The lightly-raced four-year-old gets his chance to break back into the winning list at home on Sunday in the J & E Asphalt & Civil Class 2 Handicap (1300m).

“Things just haven’t gone right for him so far this preparation,” Frazer said. “But there’s absolutely no way I have lost faith in him. 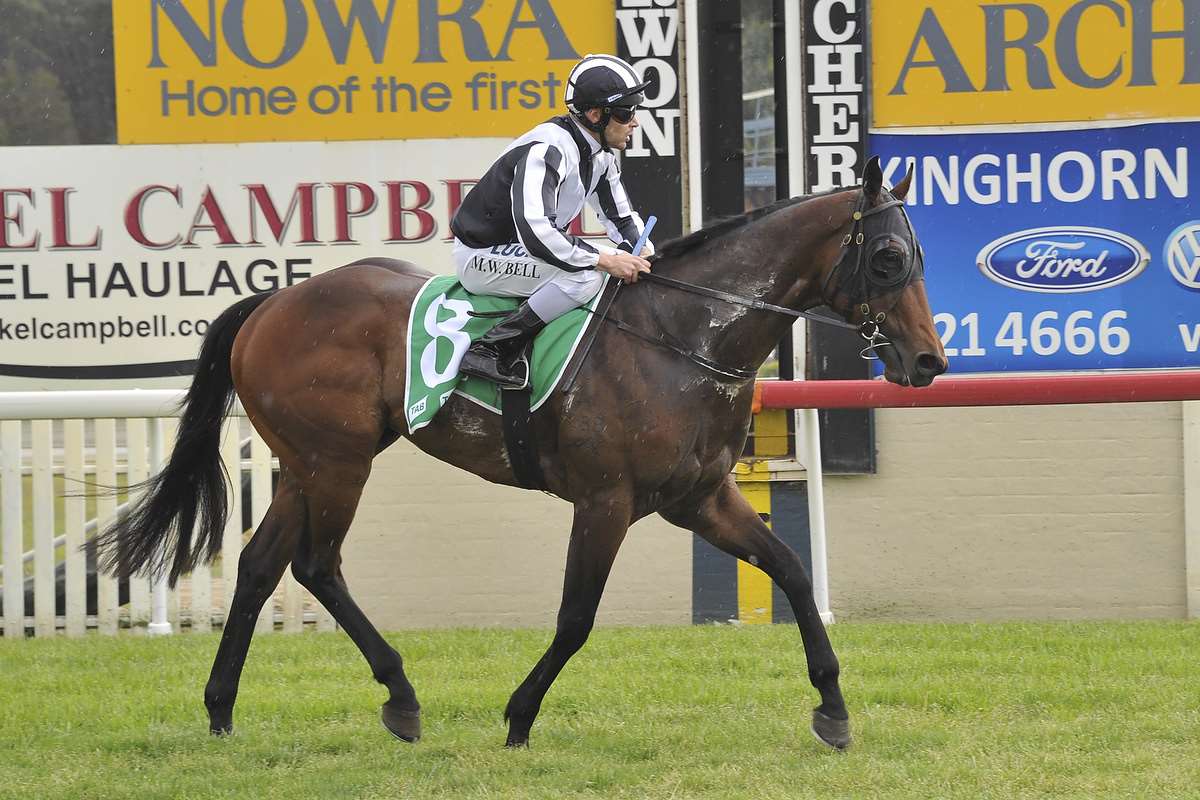 “There were excuses when he resumed at Newcastle on October 20 (stewards reported he pulled up with heat stress and was displaying signs of the thumps) and he has had no luck at his two subsequent runs when he hasn’t been far away.

"Playard carried 61.5kg in those last two runs and comes down to 59kg on Sunday.”

A lightly-raced son of Hinchinbrook (who also sired Frazer’s star mare Spright), Playard has raced only 12 times for two wins and five placings.

He won two of his first four starts and also finished an excellent second to Savatiano (subsequent Mona Lisa Stakes winner at Wyong and then placed three times in Group company) in a Class 2 Handicap (1300m) at the metropolitan-listed Scone Cup carnival in May.

Playard was beaten two lengths when fourth to All Too Free in a Benchmark 64 Handicap (1100m) at Hawkesbury on November 8 before conceding 2kg to the promising Chewbacca (TAB fixed odds $2.70 favourite for the TAB Highway at Rosehill Gardens tomorrow) when third in a Benchmark 66 Handicap (1200m) at the Goulburn Cup meeting on November 25.

Grant Buckley, who rode Playard when he resumed at Newcastle, is back on the gelding tomorrow. Stewards have given Glyn Schofield permission to ride Newcastle filly Kedah 0.5kg over her allotted 54.5kg in Playard’s race.

Trainers Mitch and Desiree Kearney have made an important gear change on Jonjo’s Comet, who is backing up in the Hawkesbury Self Storage Maiden Handicap (1800m) after “winning” and then losing on protest at Kembla Grange last Saturday.

They have taken blinkers off the gelding and instead will use winkers on him. Rival trainer Gerald Ryan has employed a similar strategy on Stealth Sniper (Glyn Schofield), one of Jonjo’s Comet’s main rivals.

“Brandon Griffiths (apprentice) said Jonjo’s Comet seemed reluctant to go past another horse in the straight at Kembla,” Mitch Kearney explained. “Jonjo’s Comet has come through that race well, and there doesn’t seem any reason why we shouldn’t back him up on Sunday.”

Team Kearney has called up senior jockey Chris O’Brien to ride the Tickets four-year-old in what shapes as a competitive Maiden.

“I first met Chris when I was working at Muskoka Farm some years back,” Mitch Kearney said. “We’re always happy to have him on our horses when the occasions arise.”

Jonjo’s Comet was having only his sixth start at Kembla last Saturday, and has drawn well at Hawkesbury in a capacity field. The husband and wife training partnership has three acceptors at their home meeting – but only two will start.

Apprentice Jenny Duggan partners Eerised in the Clarendon Tavern Class 2 Handicap (1800m), but Kearney admits the gelding’s disappointing last couple of performances has him stumped. Eerised finished last of six runners over 2500m on the Kensington track on November 22, then fourth of five starters over 2300m at Newcastle last Sunday.

Before those failures, he finished third over 2400m at Royal Randwick on Melbourne Cup day (November 6).

“If the right Eerised turns up, then obviously he will be hard to beat,” Kearney said, more in hope. "We have decided to take the blinkers off him again.”

The rail is 3m out from the 1300m to the winning post and in the TRUE position for the remainder. A Good 4 rating was posted this morning. No rainfall has been recorded in the past seven days, but 14mm of irrigation has been put on the track in the same period.