What a combination of 'firsts' .... a first-time trainer qualifying two horses for the $500,000 Polytrack Provincial Championships Final at the very first attempt!

No wonder Hawkesbury’s Claire Lever rated it a “special reward” when she did exactly that on her home track on Saturday in the second heat of the 2021 series. 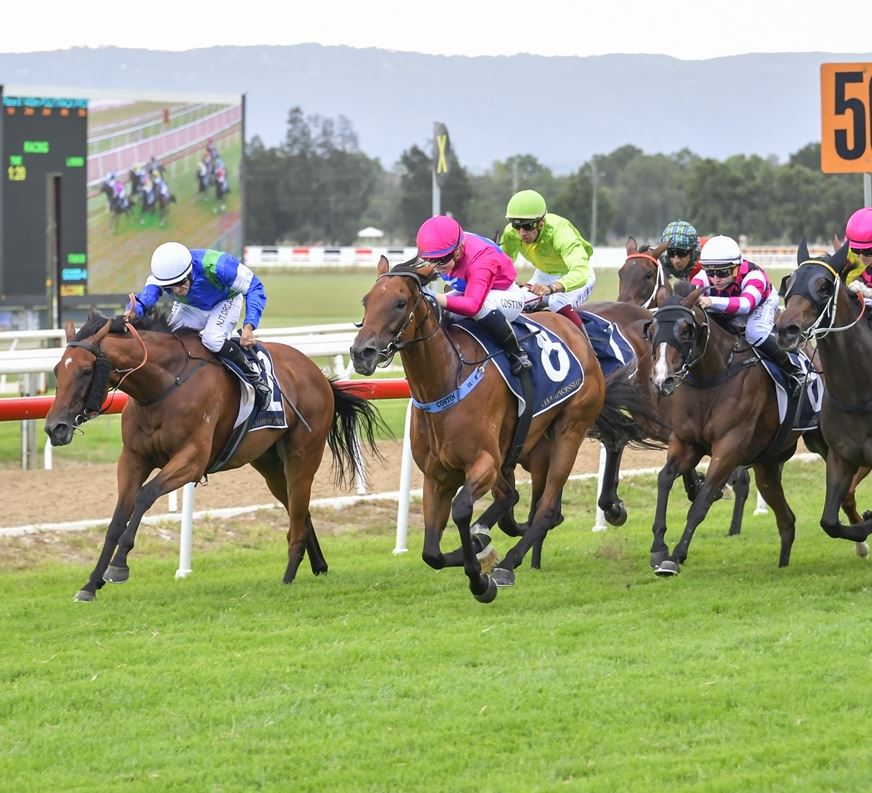 Adrian Layt rode Diva Bella and hugged the rail, giving her every chance, whilst Lever’s husband Chad partnered Grace Bay and did a terrific job to get her into third placing as she didn’t have the same fortune in the run; something which has mirrored many of her runs this campaign.

Diva Bella was having her first start at 1400m, and Grace Bay only her second attempt at the distance. Some achievement indeed then to immediately qualify her two representatives for the final considering the former jockey began training only at the start of the season.

Lever (nee Nutman) rode 119 winners, and clinched a training breakthrough with only her third starter (Grace Bay), at the Snake Gully Cup meeting at Gundagai on November 13 last year, and then a trophy race with the same mare at the Nowra Cup Showcase fixture on December 6 with her fifth starter. Saturday’s outcome though was on another level indeed.

Along with the winner Gemmahra, Diva Bella and Grace Bay automatically earned themselves berths in the 15-horse line-up for the rich final to be run over 1400m at Royal Randwick on April 10 on Day 2 of The Star Championships.

Lever understandably was immensely proud of getting such a great result yesterday, and now has the opportunity to chase a $500,000 race on the biggest stage during The Star Championships.

“It’s been a lot of hard work,” she said. “We’ve gradually built up the stable, and there was no chance of getting any time off during Christmas and New Year.

“We haven’t stopped. That’s why Saturday was such a special reward for the family. Chad (husband) comes in every morning to ride work and help out, even when he has riding commitments at meetings.”

Lever has 15 horses in work at present, and such has been her rapid success that additional stables are being built. Pleasingly, both mares pulled up well and their trainer now has some thinking to do ahead of the April 10 final.

“Diva Bella and Grace Bay ate up overnight, and we put them out in the paddock this morning,” she said. “As the final is still five weeks away, I will probably give Diva Bella another run in between.

“But it could be different altogether with Grace Bay. She may have a trial and go into the final without another start. Obviously I will be guided by her progress as to what I do.”

With two of the five heats – the third to be run over 1200m at Gosford on Saturday – now run, six horses have qualified for the final.

Newnham’s apprentice Tom Sherry made it a treble, also scoring on Obvious Step for David Payne in The Bird In The Hand Class 1 Handicap (1300m), to shoot to a clear lead in the junior riding premiership.

Last season’s winner Rachel King and Tommy Berry rode at the Guineas meeting at Royal Randwick on Saturday, and continue to share the lead in the jockeys’ premiership with 10 wins apiece.