Kris Lees is on the 'road' again chasing another Polytrack Provincial Championships, beginning at Hawkesbury on Sunday.

Lees, who has won two of the four runnings of the annual series, will have two representatives – Road To Heaven and Juventus – in the opening $150,000 Qualifier (1400m).

And he has signalled his intention to strongly defend the title he won last year with Serene Miss – he also scored with another mare Danish Twist in 2016 – by booking leading jockeys Brenton Avdulla and James McDonald for the pair. 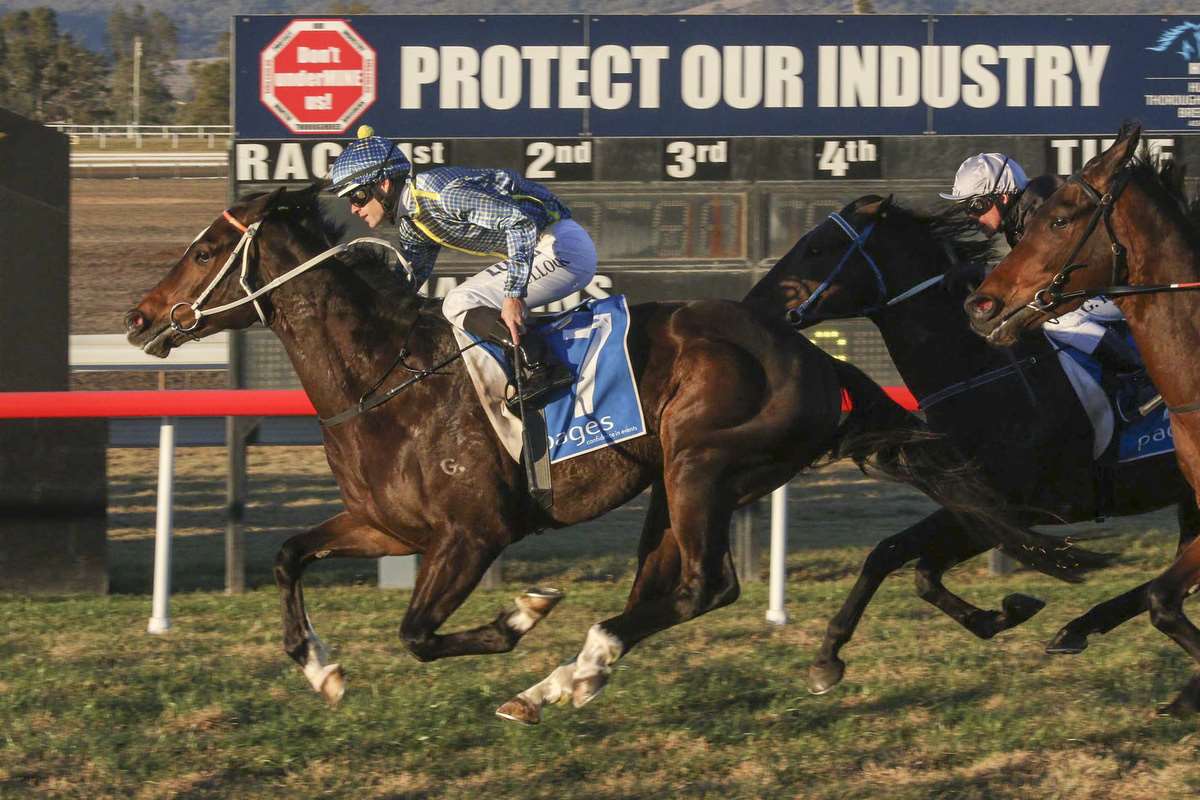 Road to Heaven (Aaron Bullock) staves off all challengers at Scone. Image by Bradley Photographers

Road To Heaven and Juventus are the $7 joint third favorites in latest TAB fixed odds betting behind the Kim Waugh pair Safado ($4.20) and Spring Charlie ($4.60).

The first three placegetters in each of the five provincial heats qualify for the final.

“I don’t consider I have the same depth of horses as we had for last year’s series, but Road To Heaven and Juventus both are definitely capable of getting into the Final,” Lees said.

“Road To Heaven hasn’t raced since late September, but has had a good grounding to go 1400m first-up.

“Both his trials have been good, and he has won both his previous two first-up starts, albeit both in the country (at Muswellbrook in February and July last year, carrying 58.5kg each time). I’m expecting him to run really well.

“Juventus is also lightly-raced and has performed well at all three starts this preparation. Under the set weights conditions, he drops 3kg on his latest second at Warwick Farm.”

Between them, the Lees pair has raced only 15 times. Juventus, a Hard Spun four-year-old who races in triple Group 1 winner Le Romain’s colours, has started nine times for three wins and two placings.

Road To Heaven, also a four-year-old, by High Chaparral, has faced the starter on six occasions for three wins and a placing.

Surprisingly, Hawkesbury does not have a representative in its own Qualifier.

Garry White nominated Redemption Road, but has decided to start him instead in the Abax Contracting Benchmark 64 Handicap (1300m), with Avdulla the rider.

Strong support has resulted in Safado displacing his stablemate Spring Charlie as pre-post favorite for the Hawkesbury qualifier.

Safado, a Lonhro four-year-old who has raced only four times for two wins and as many placings, scored on debut at Hawkesbury last March. He was an odds-on favorite last time out when third to Above and Beyond in a Benchmark 72 Handicap (1250m) at a Canterbury night meeting on February 1.

Stablemate Spring Charlie has earned his 59kg topweight courtesy of his record of five wins from seven starts (including two in town at Warwick Farm and on the Kensington circuit before spelling).

Spring Charlie has won both his 1000m trials – on the Beaumont track on January 22 and his home course at Wyong on February 5 – and, like Road To Heaven, is so far unbeaten twice first-up.

Kembla Grange trainer Michael Tubman has opted to put blinkers on another first-upper Bye See, who has drawn awkwardly at 13 in a field of 14. Winona Costin easily won a 1200m Warwick Farm barrier trial on the mare on February 14 and has partnered her in two of her three victories.

The rail is in the TRUE position for Sunday’s meeting, with a penetrometer reading of 4.9. A Soft 6 rating was posted this morning following yesterday’s first meeting at the track in two months followed by 7mm of overnight rain.