Lees Represented By Some Well-Fancied Runners At Newcastle

The Lees Racing stable heads into the weekend only five wins short of the century for the current season. It is a fantastic feat as the 2018-19 racing season won’t be five months old until next week.

Lees doesn’t have a runner at Warwick Farm on Saturday but the stable has sent three gallopers north to Eagle Farm. However, it is on their home track at Newcastle where the stable has the most representatives with six well-fancied commodities.

Kris Lees and his family are on holiday overseas until after Christmas and racing manager Lucas Miller is placing the horses. 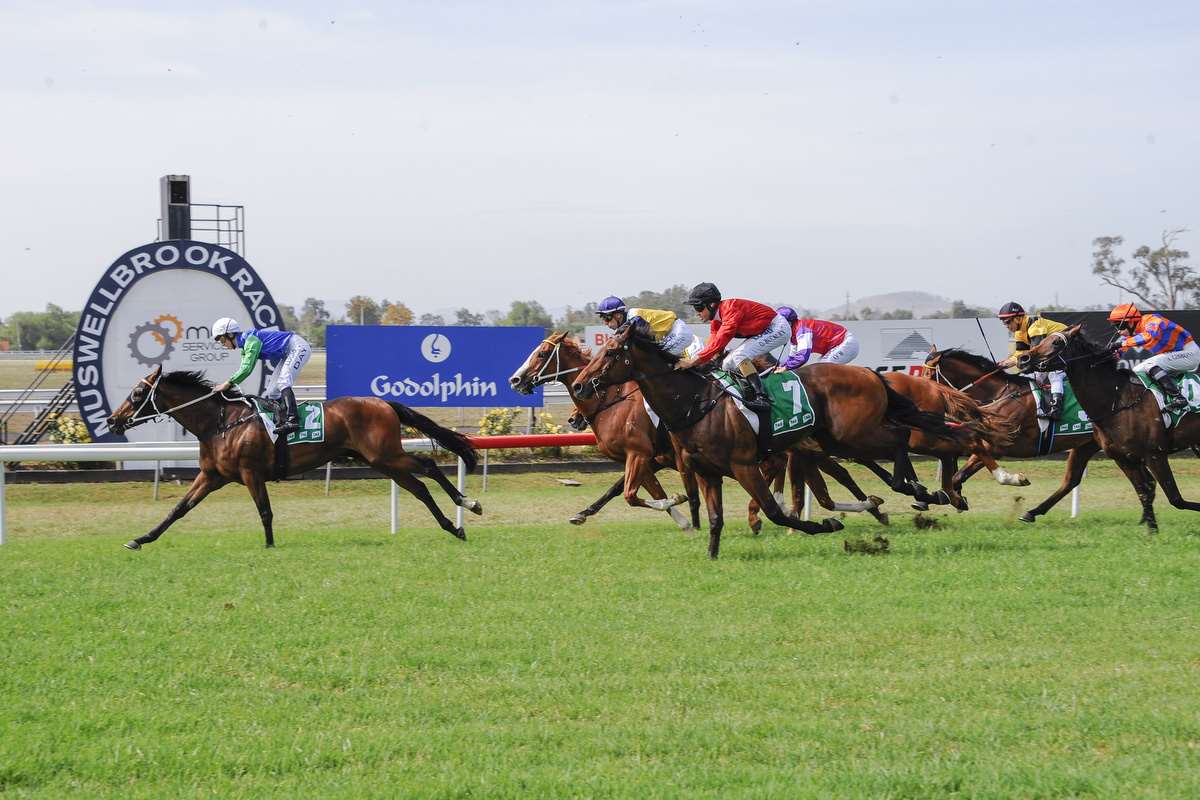 I Am Awesome (Louise Day) proves too strong at Muswellbrook. Image by Bradley Photographers

The six runners engaged at Newcastle are Chalmers and I Am Awesome in Race 1, Dreamy Belle (R2), Sevini and Time And Again (R3) and Clevanicc (R6). Miller was confident that all of the stable’s representatives would perform well at Newcastle.

“It’s hard to split Chalmers and I Am Awesome in the opening race.

Chalmers has a big weight, but he drops down in class after running in the Spring Provincial Series Final at Kembla Grange last start.

"The softer race and the perfect draw give him a good chance. Louise Day has ridden I Am Awesome in most of her races and the three-kilogram allowance brings the mare in well at the weights. We will leave the tactics to Louise but there is not a lot of speed in the race so she may choose to lead.

"There were excuses for Dreamy Belle first-up at Gosford as she had no luck from a wide draw. She is racing well and should box seat. I believe Time and Again is our best chance for the day. She is a nice filly resuming on the back of two good trials.

"This filly finished a close second on debut at Wyong in June and Kris has a good opinion of her. Sevini, who in the same race, cannot be taken lightly as she went well in her only start in June.

"Clevanicc has drawn wide and we are undecided at this stage whether to start him. He was good first-up in a race that wasn’t run to suit,” Miller said.

Warwick Farm stayer Hirokin returns to Newcastle ready to go one better than he did in the Cessnock Cup on the track on November 21. He will contest the 2360 metre Benchmark 64.

The tough eight-year-old engaged in a titan battle with the eventual winner of the Cessnock Cup, Keep Up only to go down by a head. The ultra-consistent Hirokin was placed in the Coonamble Cup four starts back before a half a length defeat in the Queanbeyan Cup.  Since his Cessnock Cup run the gelding wasn’t beaten far at Warwick Farm.

Chris Waller has seven runners and an emergency in the 1600-metre Maiden Handicap. However, the premier trainer’s topweight Task And Purpose clearly has the credentials to win.

The filly turned in an eye-catching run when she came from well back to go down by half a length at Warwick Farm last start. She has been placed in four of her seven starts.

The in-form Andrew Gibbons has another attractive book of seven rides at Newcastle. Chalmers, Dreamy Belle, Chosen Prince and Clevanicc, if he starts, all have winning chances.

Gibbons rode 65 winners last season and he has already ridden 63 winners this season with seven months and a week still to go.