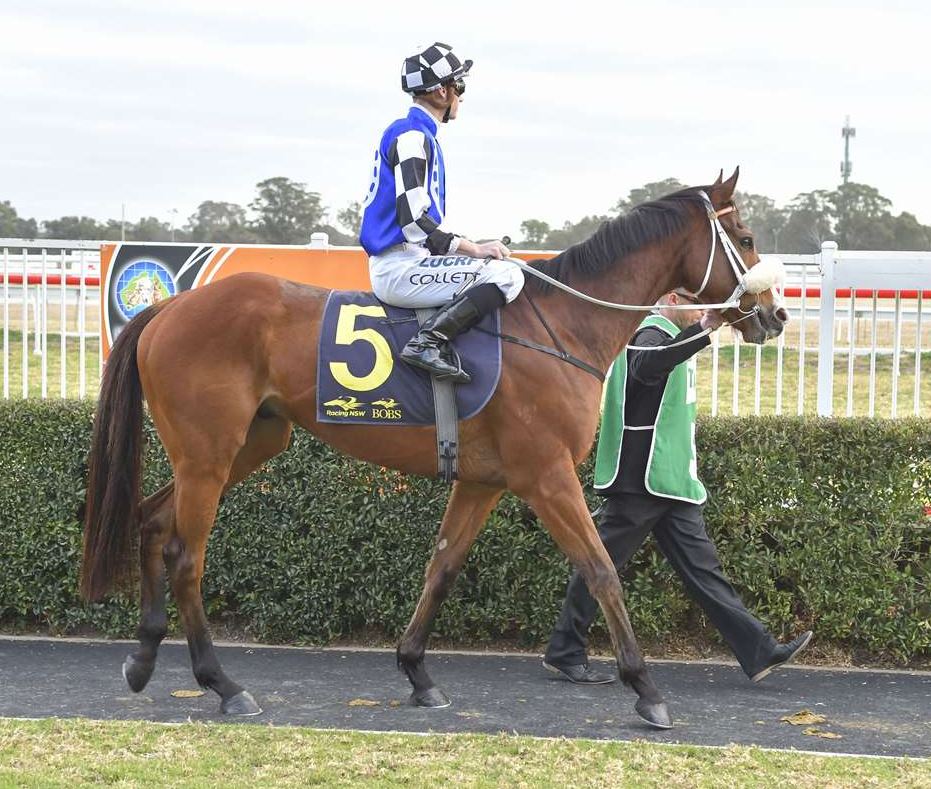 Mr Garcia has accumulated prizemoney of $300,000 and he is the class runner.

He was beaten 4½-lengths in the Group 3 Festival Handicap first up at Rosehill Gardens on November 30, is a winner second-up and he has drawn well.

Warset has been disappointing in two runs this prep and he has the task ahead.

In his only start at Coffs Harbour in June, he blitzed a maiden field by close on four lengths.

The gelding won a recent Grafton trial by six lengths unextended and is in good hands with Brett Hodson and the experienced Matthew Bennett has the mount.

RACE 1, SM CONCRETE CONSTRUCTIONS KYLES RUN CLASS 1, 1600M: Cymbalic ($3.50) ran on well to score a narrow win in his second race start at Kembla on November 30. He has drawn well and should have a nice trail behind the speed. Bernson ($2.15 fav) has been placed in his past three starts and he won't be far away. Satirical Knight ($4.80) will appreciate the 1600m.
SELECTIONS: 2 CYMBALIC, 4 BERNSON, 1 SATIRICAL KNIGHT

RACE 2, DNR AIRCONDITIONING & ELECTRICAL MAIDEN, 1350M: Sea Echo ($1.70 fav) is knocking on the door after being runner-up in his past two starts on this track. He is an on-pace runner and the blinkers go on. Nash Rawiller rides the four-year-old for the first time. Flying Mojo ($3.10) was placed at Canterbury last start and will appreciate the longer trip. Disco Mo ($4.40) was placed on the Kensington Track in the winter and he has a chance.
SELECTIONS: 1 SEA ECHO, 3 FLYING MOJO, 2 DISCO MO

RACE 3, WYONG EQUINE CLINIC B/M 64, 1000M: North ($3.20 fav) resumes here on the back of two trials. He had three starts last prep for a Wyong win, a Scone placing and a close sixth at Randwick. He has been trialling well and has led in all three starts. Thermosa ($4.20) has a good country record and he was less than two lengths behind November man on the Kensington Track on October 2. Watching ($4.20) has a place chance.
SELECTIONS: 4 NORTH, 1 THERMOSA, 6 WATCHING

RACE 4, FIGTREE GROUP MAIDEN PLATE, 1000M: Miss Dior ($7) indicated she wanted a longer trip when a strong-finishing fourth over 900m at Newcastle on December 1. The 1000m is ideal and she will benefit from a claim. Vulpine ($5.50) was run down late when beaten a length at Newcastle first-up and she will be fitter. Diddles ($4.20 fav) was placed in the 2018 Gimcrack and was second-up on this track recently when run down late.
SELECTIONS: 10 MISS DIOR, 12 VULPINE, 8 DIDDLES

RACE 5, SKY RACING PROVINCIAL SERIES HEAT, 1600M: Mr Garcia ($3.60) is the class runner and Bowman rides. He was beaten 4½ lengths in the Group 3 Festival Handicap on November 30 and he has won second-up. He normally races back in the field but the 7yo will be strong late. Jazzland ($2.80 fav) is unbeaten in three starts on this track and is an on-pacer. Salsa Man ($6.50) has a good record on the track.
SELECTIONS: 2 MR GARCIA, 1 JAZZLAND, 6 SALSA MAN

RACE 6, ROKBUILT CLASS 1, 1200M: Boom Coffs Harbour 3yo Pace Stick ($4.60 into $2.60) resumes after a six length Grafton trial win on December 1. He has only raced once when he led throughout to win a Coffs Harbour maiden by four lengths in June. It is a big rise in class but he looks the goods. Illecebrous ($7.50) bolted in on debut at Scone on November 21 and she is promising. Absolute Trust ($10) won a Scone maiden by 3½ lengths in July and has trialled nicely.
SELECTIONS: 9 PACE STICK, 11 ILLECEBROUS, 6 ABSOLUTE TRUST

RACE 7, TWIN LAKES AIR & SOLAR CLASS 2, 1350M: Brunetta ($1.90 fav) is in great form with wins in her past two starts at Wyong and Kembla. The mare races off the speed but is very strong late. She has drawn nicely and she is well placed after the claim. Ocean Go ($4.40) is a former Kiwi which impressed when runner-up at Newcastle on December 1. Quick Finance ($5.50) is improving and should run well here.
SELECTIONS: 3 BRUNETTA, 1 OCEAN GO, 5 QUICK FINANCE

RACE 5
2 MR GARCIA – CLASS RUNNER. HAS WON 2ND UP
1 JAZZLAND – UNBEATEN THIS TRACK
6 SALSA MAN – HAS FOOT ON THE TILL
3 CALABASAS – FORM HARD TO FAULT