Newcastle’s premier trainer Kris Lees’s Group stars will be on show at Rosehill Gardens on Saturday, however, the stable has a number of promising restricted class gallopers engaged at Newcastle.

Lees celebrated his birthday on Thursday, and after lunching with his wife Kristy and daughter Emerson, he discussed the prospects of his Newcastle runners.

“I have accepted with eight but a couple of them are doubtful. My best three chances are Elgin, Materiality (R6) and Lady of Shalott (R8). 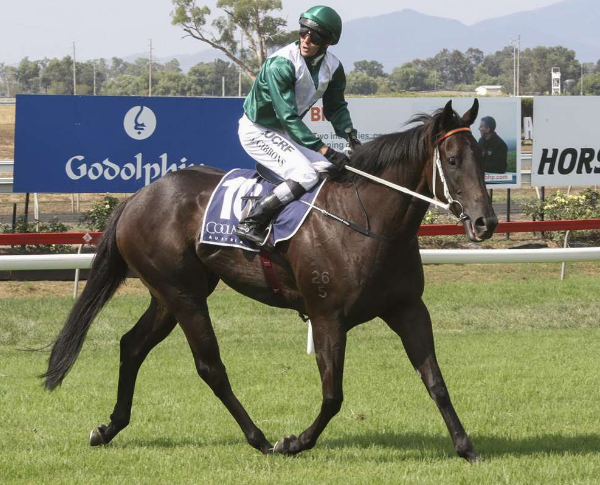 "Elgin takes on a strong 1400 metre Maiden, but he has trained on nicely since his first start for me on the Beaumont Track on Australia Day.

He was posted wide and made good ground in a race that was too short for him so he will appreciate the 1400 on the roomier Course Proper.

"It’s a rise in class for Materiality after winning a Muswellbrook Maiden, but she is a nice filly.

"The filly has a win and two placings from three starts and I will probably give her a break after Saturday. Materiality has the blinkers for the first time and will be hard to beat.

"Lady of Shalott has had issues, albeit nothing major, but I have her ready to win after two starts this campaign. Just Cosmos will go to Quirindi on Friday, and I may keep More Chilli for Monday at Newcastle. Everard trialled well and has a place chance while Mill City is probably looking for further. Tessa Burrito needs to improve.” Lees said.

The Godolphin stable has seven acceptors at the Newcastle meeting and a talented two-year-old filly Lavande will make her debut in the 900 metre 2YO Maiden Handicap.

The Exceed and Excel filly closed off nicely when narrowly beaten in a recent Rosehill trial. Lavande has the rails barrier and will probably sit behind the leaders.

Another to carry the royal blue of Godolphin with a winning chance is topweight Haikili in the 1200 metre Maiden Handicap. He was only beaten three lengths at Canterbury last start and he trialled okay at Rosehill since.

Psychedelic, who placed first up on the track, will appreciate the longer trip and is another that should run well for Godolphin in the 1400 metre Maiden Handicap.

Smart Central Coast four-year-old The Big Vin resumes in the 1200m Newcastle Nobbys. The talented gelding has a huge frame and just fits into the barriers, but he has always shown above-average potential.

Trainer Kylie Gavenlock has sent the ‘Big Fella’ to the trials on the Beaumont track and Wyong recently and he has won both. Andrew Gibbons has ridden The Big Vin in all of his six starts for two wins and two placings and he is aboard again on Saturday.

Chris Waller has seven acceptors at Newcastle, with his staying bred filly Julkkis an interesting runner in the 1880 metre Maiden Plate. A three-year-old daughter of former super stayer Dundeel, this filly caught the eye with a fast-finishing second behind Alier on this track two weeks back.

That was her second race start and the blinkers go on this week. Julkkis carries the Arrowfield colours and legendary broadcaster Alan Jones is a part-owner.