Chris Waller’s American-bred mare Frumos, a 4¾-length winner on debut on this track on June 11, can take the next step when she runs in the All Pro Chemicals & Coastal Fire Services Class 1 Handicap (1400m) at Saturday’s Newcastle Jockey Club race meeting.

Frumos drifted back to last when the gates opened, and she cruised along a clear last until straightening. 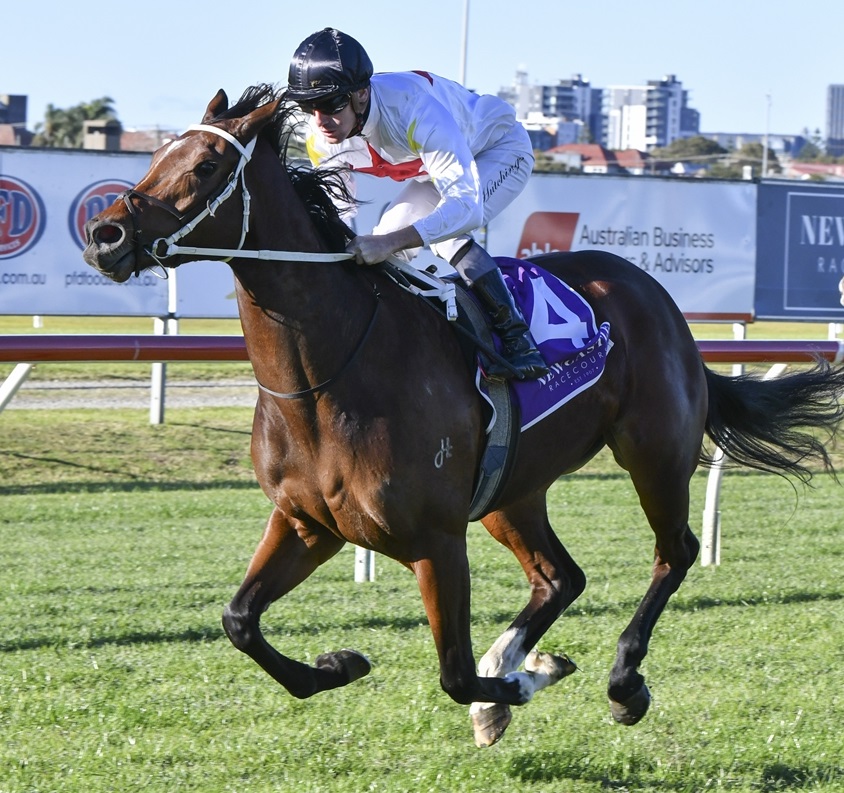 Rory Hutchings brought the mare to the outside of the field at the top of the straight and the four-year-old unleashed with a blistering finish.

Frumos may not be as far back from the more favourable barrier on Saturday.

Newcastle filly Island Tide, run down late on debut on this track on June 4, can atone the Stowe Australia & Cetnaj Newcastle 2YO Maiden Plate (900m).

David Atkins trains the filly which revelled in the heavy going on debut and Andrew Adkins has the mount.

At her past two starts on wet tracks at Warwick Farm she has been beaten less than a length.

Think High only needs to run up to his first-up run at Gosford on June 9 to be hard to beat in the Parsons Creek & Climatech Benchmark 64 Handicap (1200m).

Think High won his only two starts at Lismore and Murwillumbah in the spring, and he was only a length away at Gosford first-up. He has won second-up and has a nice draw.

The Newcastle track is rated a Heavy 8 after 56mls of rain during the past week.