Divine Future is always going to have her picture on trainer Blake Ryan's wall but the weather Gods are likely to determine if the mare gets the chance to put another photo in the frame at Kembla Grange on Saturday.

Wet weather across NSW has put doubt over the weekend's premier provincial meeting taking place with rain continuing to fall on Friday. 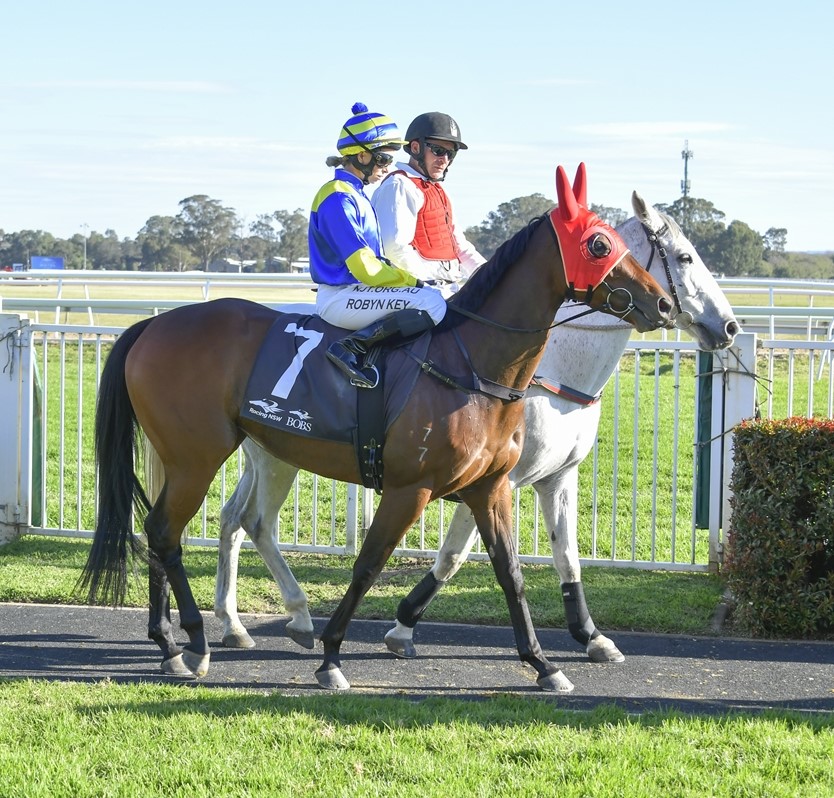 Kembla Grange was rated heavy (10) on Friday morning after the track was soft (5) a week earlier when the club hosted the annual $1 million The Gong day meeting.

Should the meeting go ahead, Ryan is planning on running Divine Future in the Tara O'Brien Fillies and Mares Class 1 Plate (1200m).

Divine Future is a special horse to Ryan having been the young conditioner's maiden winner as a trainer as his first runner at Orange in February this year.

"She is only a limited mare but she has been really honest for us and I will never forget her anyway," Ryan said.

"She will always have a picture on the wall and continues to pay her way.

"You'd love every horse to try as much as she does.

"When she came to me, the best she had done was a fourth at Bathurst but she just didn't handle being (trained) in town.

"She is a box walker, a bit crazier but she has been suited being out at Hawkesbury."

Divine Future chalked up one win and three placings in six starts in her maiden preparation for Ryan. The daughter of Panzer Division made an ominous return from a spell earlier this month when finishing a narrow runner up over 1200m at Goulburn on what Ryan believes was an unsuitable heavy surface.

"Robyn (Freeman-Key) felt the track was what beat her," Ryan said. "We've run her a couple of times on soft track and dad (Gerald) has raced a lot of the family and none of them handled it.

"Had it been a dry track, I would have gone to the races thinking she should just win but she was dipping and diving on the surface which probably cost her.

"She had only had one trial but we thought it was better to go to the races instead of trialling her and will do the same on Saturday even though she hates wet tracks."

Ryan plans to run Divine Future but will send her to the trials next week if Saturday's meeting is consigned to the scrap heap. Freeman-Key has been booked to ride Divine Future from barrier three in Saturday's assignment.

Racing NSW Stewards will monitor the Kembla Grange surface over the next 24 hours.