Home Is Where The Heart Is For Adam Duggan

Local trainer Adam Duggan is the in-form stable in the Gosford region at present with six winners (24%) and nine placings (60%) from his past 25 runners since the start of April.

Duggan has the promising Sir Elton aiming for four on the bounce at Royal Randwick this Saturday, but first has the chance to improve his record on his home surface this Thursday with two consistent gallopers.

Duggan starts his day with Take to Heart ($4 on TAB fixed odds) in the Brisbane Water Glass Class 1 Handicap over 1600m, with the Delago Deluxe filly yet to finish out of the top four in her six career starts to date. 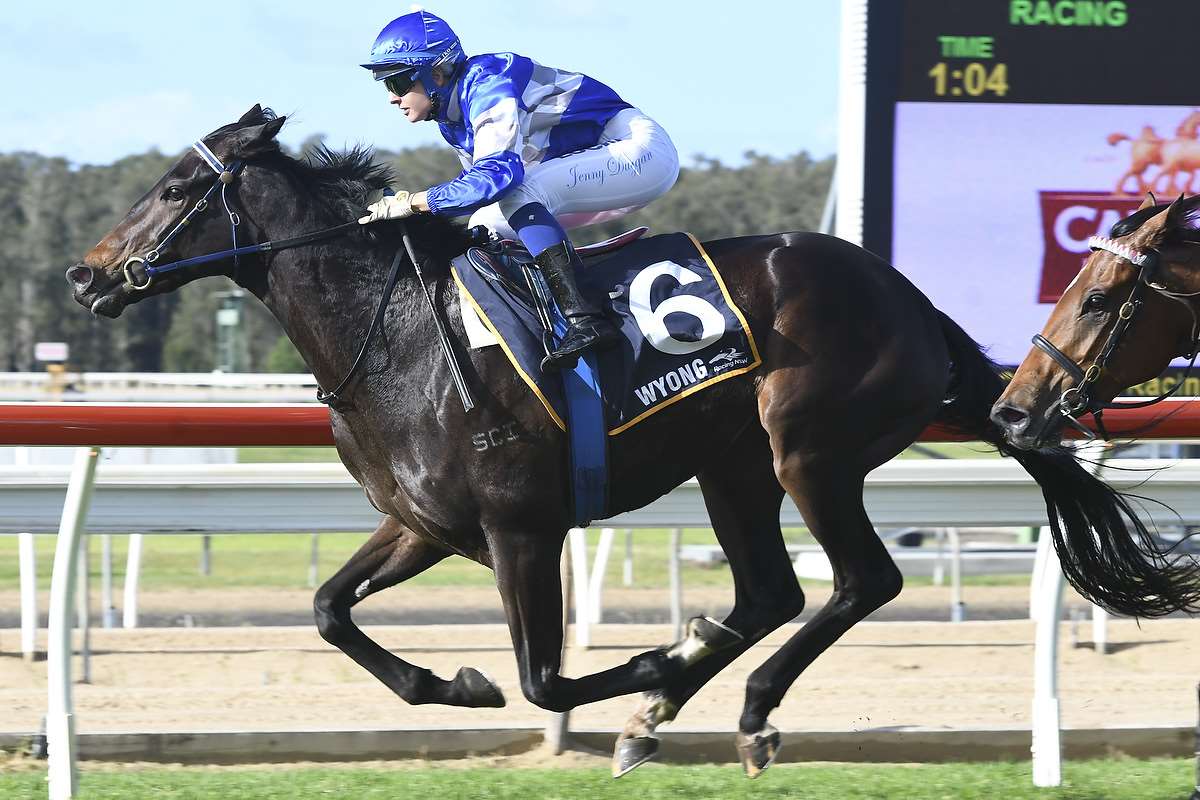 Take to Heart and Jenny Duggan combine to win well at Wyong. Image by Bradley Photographers

“She had a little bit of a virus after her Taree run and it’s sort of mucked up her preparation,” Duggan said.

“I thought her effort at Tamworth was full of merit and she’s probably looking for the mile [1600m] now. There’s no doubting her consistency.”

Duggan then saddles up Cascata Rossa ($13) in The Entrance Leagues Club Benchmark 64 Handicap over 1200m and the Testa Rossa gelding has been a handy, if not frustrating, money-spinner for connections with no less than 11 second placings in his 31-start career.

“He’s an enigma to say the least,” Duggan said. “It’s almost like we are trying to trick him into winning one, but Jenny (Duggan) rides him really well and hopefully he can settle in the first half-dozen and finish the race off.”

When quizzed about the chances of his boom Your Song gelding Sir Elton at Randwick this Saturday Duggan was simply enjoying the ride.

“I’ve certainly had to speak with a few more journalists since he started winning, but if that’s what it takes then I am happy to oblige,” Duggan said.

“He meets a pretty smart one in Waller’s Haut Brion Her but he’s ready to go and we are looking forward to the challenge on Saturday.”

Gosford's gates open at 11am with the first race scheduled for 12.15pm. Entry is free as The Entertainment Grounds celebrates the Men Of League Foundation.