Gibbons Has His Eye On RT's Trophy At Newcastle

Newcastle’s reigning premier jockey Andrew Gibbons claims that victory in Sunday’s Robert Thompson Cup (1200m) at Newcastle Racecourse would be another highlight in a career that has seen him ride more than 1100 winners.

Gibbons will ride the in-form Trophies Galore ($2.90 favourite with TAB fixed odds) for Muswellbrook-based trainer Andrew Robinson and the mare is chasing a hat-trick of wins after two brilliant performances this preparation. 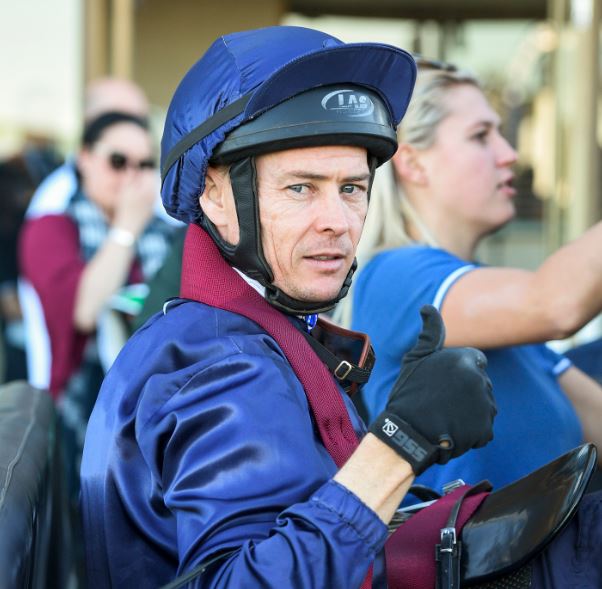 Andrew Gibbons - has a nice book of rides at Newcastle on Sunday. Image by Bradley Photographers

Then, two weeks back on ‘The Hunter’ day, Gibbons produced a peach of a ride to overcome a wide barrier and get the mare home with a powerful finish to salute in the 1300m TAB Highway.

Gibbons said that Sunday’s race, celebrating the Australian Hall of Famer Thompson’s stellar career, will be great to win with Thompson one of his closest friends in the jockeys'  room.

“I have always considered RT one of the top three riders I have ridden against," Gibbons said.

"He is one of my closest friends in the room. He is a gentleman both on and off the track and I would be thrilled to win the Cup named in his honour.

"Trophies Galore has been outstanding in her only two runs this preparation. She comes back 100 metres but if the tempo is okay, she will travel midfield and the mare has a good turn of foot."

The Thornton boy has four mounts on Sunday and all have winning prospects.

“Itz Lily ($3.70) is more of a stayer, however, she can sprint well fresh and she won first-up in her only prep.

"The mare has won four from nine starts with four placings and she finished a close fourth in the [Group 2] The Roses during the Winter Carnival.

"Magic Charlee ($5.50) was unlucky on Melbourne Cup Day on the Kensington Track and she has a good chance in the last race,” Gibbons said.

Gibbons will marry his fiancée Keeley Gageler at Pokolbin on February 16.

Three-year-old blueblood Geo ($1.95 fav) is the most interesting runner at Newcastle on Sunday. Kris Lees trains the colt for his breeder John Singleton and the horse's dam Samantha Miss was a multiple Group 1 winner.

Geo has had five barrier trials and he won his last trial on the Beaumont Track by 7 lengths. Geo runs the 1300m Maiden Plate with Aaron Bullock in the saddle.

Kim Waugh’s Atherton ($3.70) drops sharply in class in the 1300m Maiden Handicap and the three-year-old looks the winner.

Atherton debuted at Hawkesbury in April when a close fourth in a strong two-year-old event.

After two trial wins in October, Atherton resumed in a classy maiden on the Kensington Track on Melbourne Cup Day. He finished midfield but this is a very winnable race and he has a nice barrier.