Kris Lees won last year’s Hawkesbury heat of the Sky Racing Summer Provincial Series and is aiming for a repeat performance – albeit with a different horse - there on Thursday.

The leading Newcastle trainer won both the Hawkesbury race and subsequently the $150,000 Final at Gosford in late December with import Occupy, and has set another import Spanish Point on a similar path. 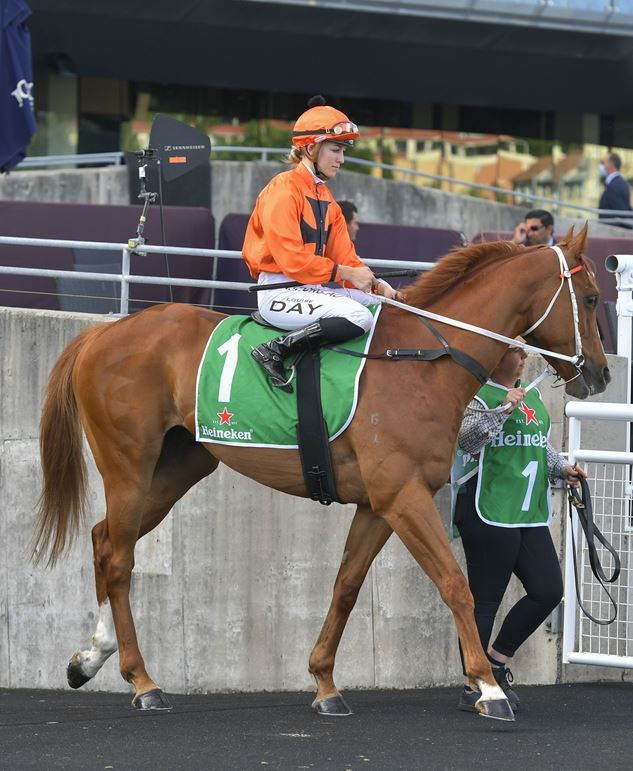 Whilst Lees expects to have runners in other heats of the series, now in its third year, he is relying solely tomorrow on Spanish Point, who is currently a dominant $2.80 pre-post favourite with TAB, principally because of his higher Benchmark rating tackling lesser rated rivals in a set weights Class 5 Plate (1500m).

“His close second at only his second start for us at the Port Macquarie Cup meeting on October 9 when just beaten by stablemate Chalmers was good, and then he got too far out of his ground when unplaced in a Benchmark 72 Handicap (1800m) on the Kensington Track late last month.

“He has worked well since and should be hard to beat. My only concern is whether coming back to 1500m is a bit short for him.”

Jason Collett rides the former Lloyd Williams-owned Spanish Point, who began his career in Ireland before coming to Australia and racing four times in Melbourne last year for two Sandown placings (1800m and 2400m), a Geelong Benchmark 78 Handicap (2424m) victory, and a fourth to Shared Ambition in a Benchmark 84 (2407m) at Caulfield 13 months ago.

The Frankel six-year-old did not race again until beginning a new campaign with Lees at Royal Randwick on September 19 in a Benchmark 78 (1400m), his new trainer explaining a pelvic issue after kicking a wall kept him sidelined for such a lengthy period. He has a cross-over nose band back on tomorrow.

The fourth placegetter from each heat will also be declared an emergency for the Wyong Final in Benchmark order.

Lees had six runners in last year’s Gosford final when Occupy looped the field from well back to defeat Wyong’s Joigny and the winner’s stablemate Mr Garcia.

Wyong trainer Damien Lane is fronting up tomorrow hoping to qualify both his runners Oakfield Captain ($8) and Obscene ($7) for his home track Final, but concedes Spanish Point is clearly the horse to beat.

Grant Buckley rides Oakfield Captain and Darryl McLellan has the mount on Obscene, a $600,000 Gold Coast yearling purchase in 2018.

“Kris’s horse is very well in under the conditions, but my pair go to the races tomorrow in good order and I’m expecting both to perform well,” Lane said.

Lane is using a tongue-tie for the first time on six-year-old gelding Oakfield Captain, and is confident he has taken improvement from his first-up sixth to General Soho in the Jungle Juice Cup (1350m) at Newcastle on October 27.

“At first I thought he was a bit disappointing that day until I found out he had got his tongue over the bit,” he said. “That was unusual for him, but he is a tough horse and has done well since.

“Giving Kris’s horse 3kg isn’t going to be an easy task all the same.”

Four-year-old mare Obscene, initially with Peter and Paul Snowden at Randwick, joined Lane’s team earlier this year and, after placings at Gosford and Newcastle, broke through at Hawkesbury in a Maiden Plate (1300m) in May. She then scored again in a Class 1 Plate (1600m) at Taree in early June before spelling, and has raced three times since resuming.

The latest produced a seventh to Latina Beauty in a 1350m Benchmark 68 Handicap at Wyong on November 7.

“All of her recent runs have been over shorter distances, and she is going to appreciate a firmer surface tomorrow and especially going up to 1500m,” Lane said.

Blinkers come off Hawkesbury trainer Mick Attard’s representative Joel (apprentice Simone Vella, $61) and winkers go back on, whilst fellow Hawkesbury co-trainers Mitchell and Desiree Kearney have opted to tackle the opening heat with Eerised (Alysha Collett, $41) and have withdrawn him from the Bottlemart Benchmark 64 Handicap (2000m).

The rail is in the TRUE position for tomorrow’s seven-race card which begins at 2.10pm, and a Good 4 rating was posted this morning.