Good winning strike rates are always an excellent advertisement for any stable ... and Edward Cummings can certainly boast that.

It’s already Cummings’s best season since branching out on his own and setting up shop at Hawkesbury early last year – and it’s only four and a half months’ old!

Cummings prepared his fifth winner of 2020-21 when Tri Nations scored on his home track on Sunday, only a day after his stablemate Duais joined him in the $150,000 Sky Racing Summer Provincial Series Final with a close second in the fourth heat at Kembla Grange. 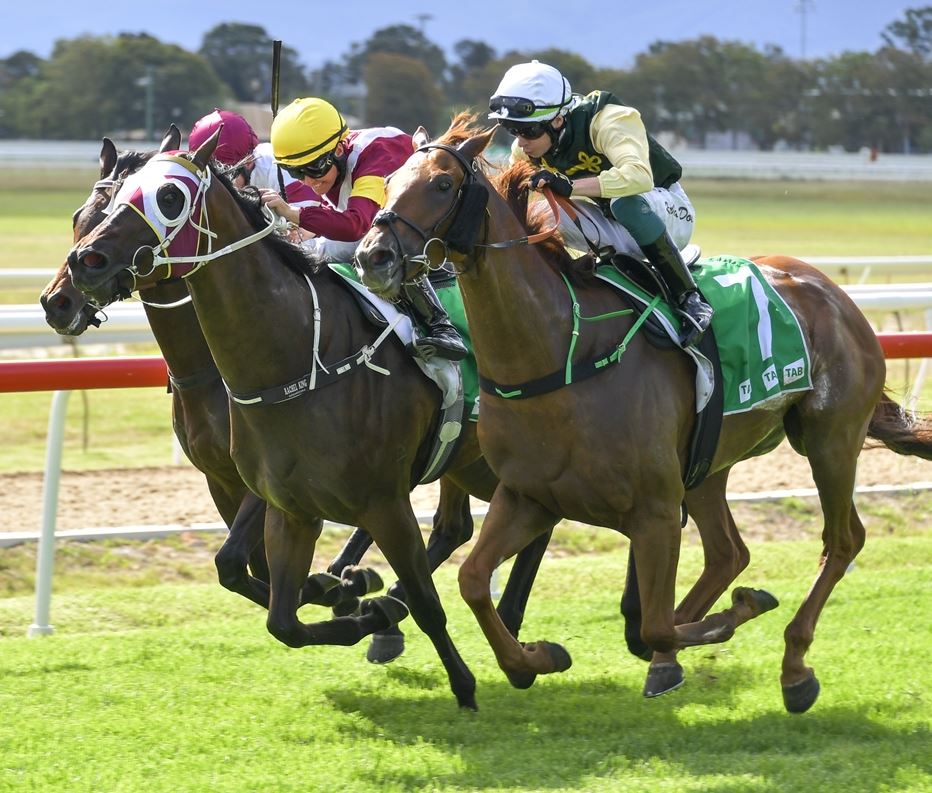 Tri Nations (Robbie Dolan; white cap) flashes down the outside to score at Hawkesbury. Image by Bradley Photographers

The final heat will be held at Newcastle on Saturday over 1350m (the meeting has been transferred from the inside Beaumont Track to the course proper) leading up to the $150,000 Final (1600m) at Wyong on January 2.

Cummings has had 22 starters so far this season for a win strike rate of 22.7%  and a place strike rate from eight placings of 59.1%.

The fifth-generation trainer is putting together a nice team of young horses and appears set to improve considerably on his four winners in his first full season of training at Hawkesbury in 2019/20.

“I don’t want to get ahead of myself, but things are going well,” Cummings said this morning. “I’m thrilled to qualify two runners for the Summer Provincial Final.

“Whilst Duais was narrowly beaten at Kembla Grange last Saturday, it was as good as a win to get her qualified for the final.”

A $2.90 second favourite, she surged late and just missed overhauling winner The Guru ($15). Considering it was only her fourth start and she was just out of maiden class and tackling a set weights Class 5, it was a performance that confirmed Cummings’s opinion of his promising Shamus Award filly.

Tri Nations ($2.70 fav) ran right up to his excellent third to Trajection and Margie Bee in the second heat of the Summer Provincial Series at Wyong on November 26 by winning yesterday’s Summit Landscapes CG&E Benchmark 64 Handicap (1400m) at Hawkesbury.

Purchased by Cummings for $40,000 as an early two-year-old at a NZ Bloodstock Ready To Run Sale and syndicated amongst clients, the now four-year-old son of Wandjina clinched his second victory and lifted his earnings to just over $55,000.

Whilst the Provincial Final is run on the same day as the Saturday metropolitan meeting on the Kensington Track, it is the richest race run in NSW that day and Cummings is hopeful Robbie Dolan, who has ridden Tri Nations at his last two starts, will stick with him.

He has accepted with More Than Ready three-year-old Prompt Prodigy (Dolan) for Wednesday’s Magic Millions 3 & 4YO Stakes (1200m) at Wyong, but this morning was unsure about running him after he drew the outside in a nine-horse field.

The colt’s dam Allez Wonder was the 254th of 268 Group 1 winners prepared by Cummings’ legendary grandfather, the late Bart Cummings, when she won the 2009 Toorak Handicap (1600m) at Caulfield – and the first for her rider Michelle Payne.

Yesterday’s Hawkesbury meeting was the final of the calendar year – the club doesn’t race again until February 9 – and last season’s premiership winner Rachel King joined Tommy Berry at the head of this season’s table when she won the final event, the Weddings At HRC Benchmark 64 Handicap (2000m), on $3.40 favourite Mr Gee.

Each has ridden 10 winners so far this season, two ahead of Jason Collett, who was also successful yesterday on $2.10 favourite Geist in the North Kellyville Pre-School Maiden Plate (1100m).

It was his eighth winner at Hawkesbury this season, increasing his lead over Peter and Paul Snowden and Chris Waller (five wins each). Newnham’s apprentices Tyler Schiller (three wins) and Tom Sherry (two) are front-runners in the apprentices’ premiership.