Easy Rosie's "Everything You Want In A Racehorse" (Kembla, Thurs)

Trainer Anthony Warren reckons Easy Rosie ($8.50 on TAB) is 'everything you want in a racehorse' and he's confident his ultra-consistent mare will put her best foot forward again at Kembla Grange on Thursday.

The classy four-year-old will chase consecutive wins to start her latest preparation in the North Macquarie Conditional Benchmark 64 Handicap (1400m).

Easy Rosie added to excellent resume with a strong first-up showing to win in a TAB Federal event at Canberra back on July 22. 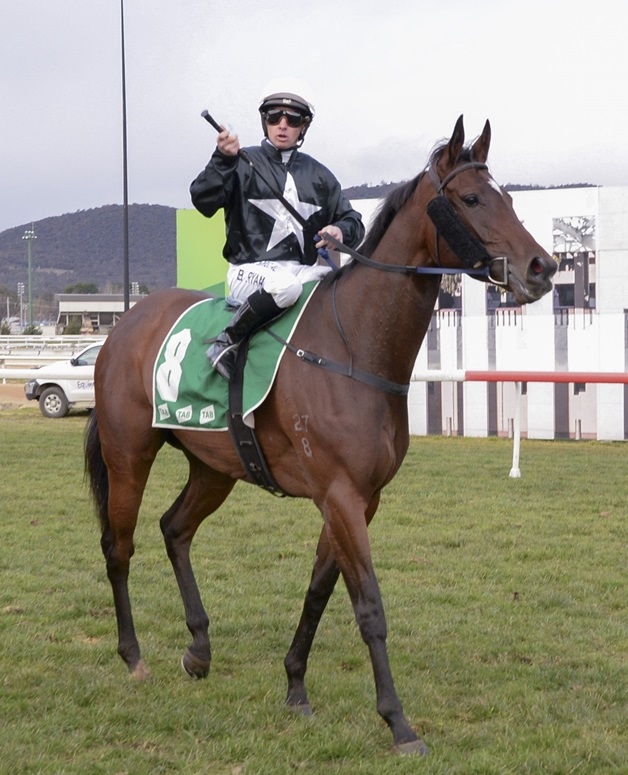 It bolstered her record to four wins and four placings from 10 career start heading into her latest assignment.

"She is as about as honest as it gets," Warren said. "She is tough as nails and everything you want in a racehorse.

"It wasn't even really a poor performance but the only race she has not done well was at Gosford and I don't think she liked it there.

"She had a few foot issues and I don't think she liked the track so I thought she had every excuse. True to her form, she came back to win first-up."

Easy Rosie will be forced to lug 59kg in Thursday's test with Jeff Penza aboard but Warren is confident she will be up to the task.

The daughter of Super Easy can reap the benefits of a favourable draw in barrier three and has continued to impress since her first up success.

"I think she is travelling really well," Warren said. "She is pretty fresh at the moment but I think she races better when she is on the fresher side.

"She is going super and she had her final gallop on Monday, which was great."

Warren also accepted with Easy Rosie in the Jockey Celebration Benchmark 72 Handicap (1400m) on Saturday at Randwick but is expected to favour a run at the provincials. However, a crack in metropolitan grade is a likely conclusion at some point later in this preparation.

"Ideally we will go to Kembla Grange and then step her into town," Warren said. "I would like to see her get out over a mile at some point but at the moment the short course seems to suit her.

"It's an advantage to her that she is an on-pace, front running type and she can maintain good speed."

Easy Rosie is an $8.50 chance to continue on winning ways on Thursday with Bjorn Baker's Diamond Hands the $5.50 favourite ahead of the Gerald Ryan & Sterling Alexiou-trained Mihocek at $6.

Racing on the competitive eight-event card kicks off at 12.30pm.