The well-named Your Song gelding Sir Elton is set to debut at The Entertainment Grounds at Gosford this Saturday for local trainer Adam Duggan in the JA Tighe Plumbing CG&E Maiden Handicap over 1100m.

The three-year-old steps out for the first time following a handy trial win on his home surface late last month, and Duggan is thankful he’ll actually get to the races this time after having to be scratched from Kembla Grange on May 14.

“We were supposed to debut at Kembla last week but had to late scratch due to getting caught up in traffic,” Duggan said. “There’ll be no traffic problems on Saturday walking across the road!”

Duggan also saddles up Cascata Rossa in the Rite Price Tyres Benchmark 64 Handicap over 1200m and this Testa Rossa gelding has been a prolific, if not frustrating, money-spinner for connections having finished second on no less than nine occasions. 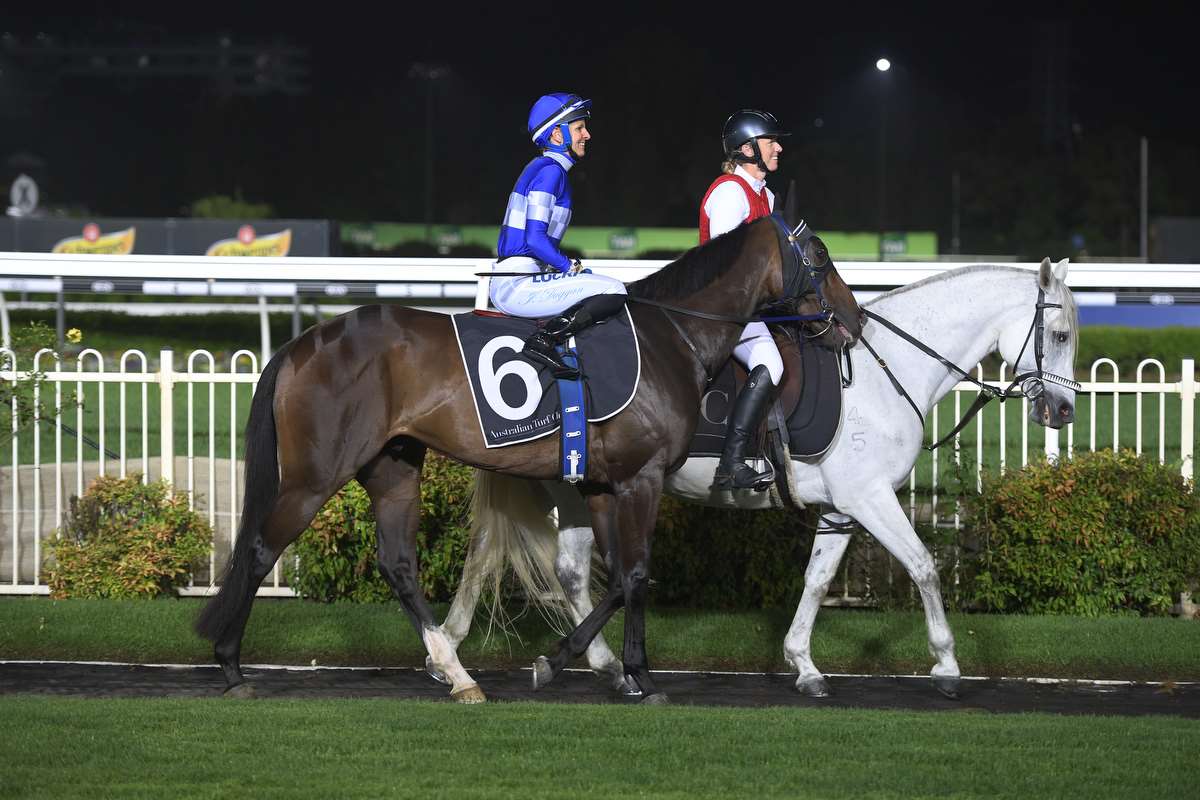 Cascata Rossa (Jenny Duggan) before a race at Canterbury Park - is he another Tom Melbourne? Image by Bradley Photographers

When asked if Cascata Rossa was a bit of a ‘Tom Melbourne’ Duggan said “Absolutely, he’s got a few tricks this guy.

"We’ve had to try a couple of things and I think just keeping him fresh with blinkers on over a shorter distance is his go. He’s got plenty of ability though if he can put it all together.”

Bill ‘n’ Ted will aim to wrap up the day excellently for Duggan in the LCD Debt Solutions Benchmark 64 over 1000m. This promising three-year-old Smart Missile gelding is also building up an impressive record with two wins and three placings from just seven starts to date.

“He’s a really consistent horse for the stable, and I think he’s a good chance on Saturday, but gee barrier one scares me!” Duggan said.

With some solid field sizes and over $250,000 in prizemoney on offer, it will be a competitive day's racing at The Entertainment Grounds this Saturday.

Gates open at 11am with the first race scheduled for an early start of 11.32am.