Three-year-old colt De Valera is set to break through for his first win in the 2355 metre Class 1 and Maiden Plate at Tuesday’s Newcastle race meeting.

De Valera ($2.25 favourite on TAB fixed odds) put the writing on the wall with a strong finishing second over 2000 metres on a heavy Kembla track on June 27. 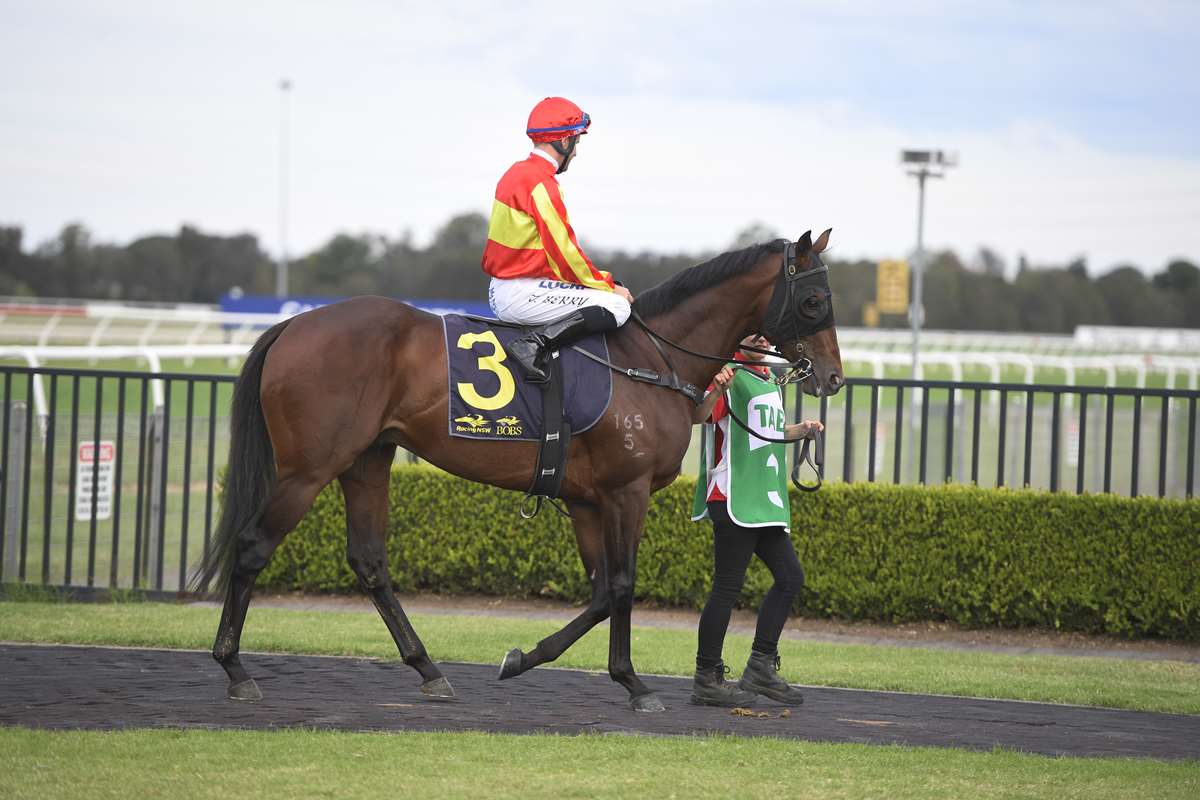 The colt gives the indication he will run the longer trip and he is well weighted with 55 kilograms on his back.

Rachel King will ride De Valera which carried 58kg at Kembla. He has been runner-up in three of his seven starts and he was a close second at Newcastle in April.

James Cummings’s two-year-old Shielded ($1.65 fav) is well placed in the 1300 metre Maiden Plate. Shielded was only beaten a length by stablemate Chanteresse over 1200 metres on this track on June 22.

The winner had a soft lead and Shielded did well to get within a length. The colt is lightly-raced and he was runner-up to the boom 2yo Exceedance at Wyong on May 16. He will appreciate the longer trip on Tuesday.

Kris Lees only has the one starter and that is the filly Bubbles Ball ($4.80) in the 1200 metre Benchmark 64 Handicap.

The three-year-old has had six starts for two wins and four seconds. All her wins have been on country tracks and this is the best field she has met.

Two starts back the filly put up an outstanding performance to run down subsequent winner Engadine at Cessnock.

Last start on June 18 Bubbles Balls was a luckless second at Tamworth. Aaron Bullock fired in a protest, but it was dismissed.

Lees goes into the meeting with 236 winners for the season and stable jockey Andrew Gibbons has ridden 127 winners. Tuesday’s meeting is the last on the Newcastle track for this season.