Buckley To Bounce Back From Injury At Newcastle (Sat)

Hawkesbury-based jockey Grant Buckley returns to the scene after his nasty fall five weeks ago with a comeback at Saturday’s Newcastle race meeting.

Buckley, who was cruising towards a century of winners for the current season, broke his collarbone and tore a chest muscle in the fall at Newcastle on March 31.

The popular jockey had ridden 84 winners before the accident and he is bouncing back with seven mounts on Saturday. 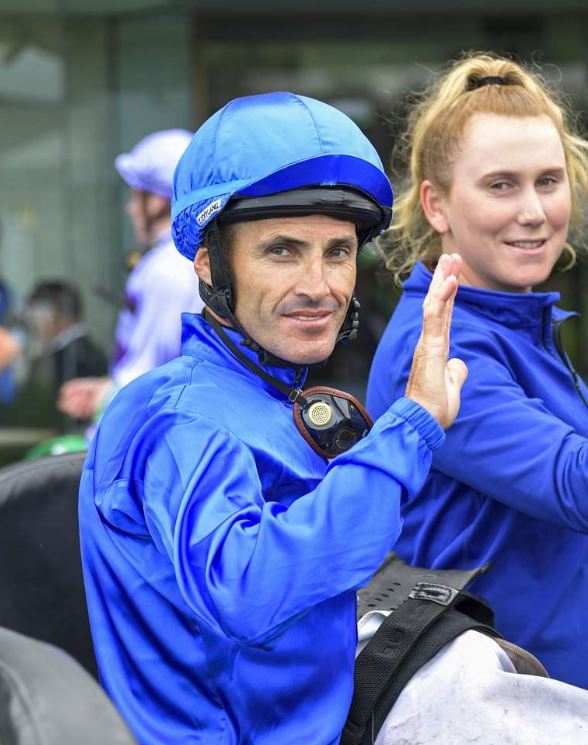 Grant Buckley - eager to get back to race riding on Saturday following injury. Image by Bradley Photographers

When contacted on Thursday, Buckley said he is chomping at the bit: “I can’t wait to get back on Saturday and I feel one hundred percent.

"I ride work for James Cummings at Agnes Banks and I have been back there a bit more than a week. I rode in nine barrier trials at Gosford on Tuesday and I pulled up well.

"I have kept myself busy renovating at home and I haven’t put on any weight. I love riding on the Newcastle track and my best chances on Saturday are the three Godolphin horses Jazirat, Rebukes and Whispered.

"Jazirat made up a ton of ground at Canberra on debut and she will appreciate the long straight. Rebukes has had two trials and I rode her when she won at Gosford in January, it is a strong race on Saturday.

There is excitement in the Buckley household at present with the jockey's wife Chantelle, a Sky racing presenter and former jockey, pregnant.

Newcastle jockey Aaron Bullock returns to the saddle on Saturday and he has three mounts. Bullock rides Bombasay ($3.80) for Kris Lees in the final event and he is the early favourite. The other mounts are Emanuela ($13) and Roman Candle ($13).

Bullock hasn’t ridden since March 10 due to weight issues and he is only three wins away from a century of winners for the season.

Andrew Gibbons has an outstanding book of eight rides on Saturday. After a slow start to the season when he went overseas ‘Gibbo’ has ridden 83 winners.

Local trainers Paul Perry and Nathan Doyle will saddle up last start winners Stooge ($8.50) and Rhythmic Pulse ($5) at the Newcastle meeting. Since being gelded Stooge has bolted in at Newcastle and Tamworth and despite a sharp rise in class, he will be hard to run down.

Rhythmic Pulse led all the way to win at Newcastle last start and could repeat the effort on Saturday.