'Brumby' Set To Make A Winning Debut At Kembla

Trainer Richard Freedman concedes Outback Diva looks 'more like a Brumby' than a racehorse, but he's got no doubt she's a filly with some talent despite her diminutive stature.

A daughter of More Than Ready, Outback Diva tips the scales at little more than 420kg heading into her debut in the Duck Creek 3YO Maiden Handicap (1000m) at Kembla Grange on Tuesday.

"When you see her you will think she should be starting in pony races, but she can definitely run," Freedman said. 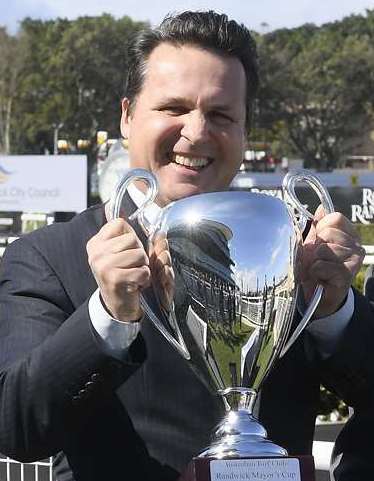 "When she first arrived at the stables and got off the float, I thought 'this can't be her'. But the more we tried with her, the more she has showed us some ability. She really does have a motor."

Outback Diva has won both of her trials ahead of her maiden trip to the races, including an impressive six-length triumph over 900m on April 8.

Outback Diva is a $2.20 chance with TAB fixed odds (in from $2.50) for her debut, with the Gai Waterhouse and Adrian Bott-trained Dreaming For More ($2.40) heading the market.

Freedman expects the pair will be fighting out the finish.

"Dreaming For More certainly looks the one to beat and we will most probably try to take a sit off her," he said.

"Most of Gai's are going to lead, but our girl doesn't need to do that so we can just find a sit just off her and find out more from there.

"Both of her trials have been impressive so far and we are happy with her."

Keagan Latham will pilot Outback Diva and will jump from barrier five in a small field of seven runners.

It will kick off what could prove to be a strong afternoon for Freedman, with The Bounty (race three, $9), Our Fun (race four, $15) and Bondi Boy (race six, $3.10) also set to travel to the Illawarra Turf Club.

The three-year-old has continued to race in good form this preparation after following a second-up victory with a last start third over 1300m at Wyong on April 11.

"He's a chance and probably should have won at his last start too," Freeman said.

"He got in an unwinnable position in the run and only got going when it was all too late.

"Since then he's been going good."

Freedman said both The Bounty and Our Fun were still learning their trade.

The Bounty will have his second start in the Mullet Creek Mile Maiden Plate (1600m) while Our Fun is set to debut in the Dapto Maiden Handicap (1400m). The opening event jumps at 12.50pm on Tuesday.