Exciting Snitzel three-year-old Bojack ($1.50 favourite on TAB) makes his second racetrack appearance when he steps out in the 1350m Class 1 Handicap at the Wyong race meeting on Thursday. 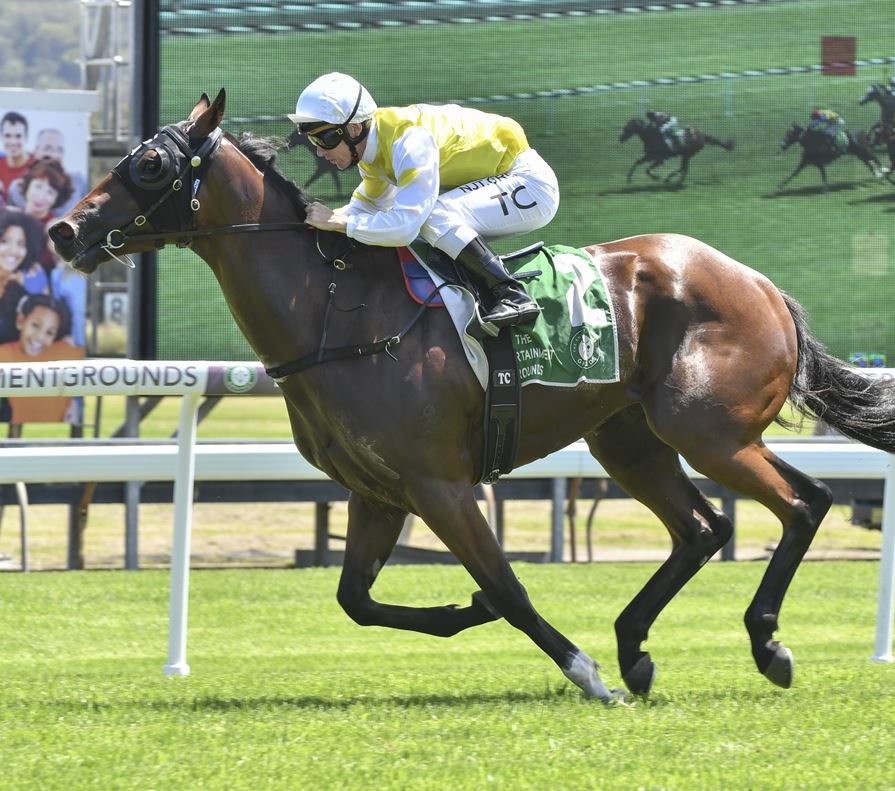 Raced by a group that includes John Messara and Gai Waterhouse and trained by Gai and Adrian Bott, Bojack had outstanding barrier trial form before a brilliant debut win at Gosford on February 4.

He has speed to burn and he ran the opposition off their legs.  Tim Clark trialled Bojack, rode him at Gosford and he has the mount on Thursday.

He was taken back to last from the wide barrier at Scone and made good ground over the 1000m. The longer trip is ideal and he has the home track advantage.

RACE 2, SKY RACING METRO & MAIDEN PLATE, 1350M: Lady Of Luxury ($2.30 fav) finished down the course when favourite at Randwick last start, however, she was checked twice in running and had no luck. She was narrowly beaten at Randwick two starts back. Vanilla Sky ($5) is on debut after smart trial wins while California Cible's ($4.40) trials have been good.
SELECTIONS: 8 LADY OF LUXURY, 10 VANILLA SKY, 2 CALIFORNIA CIBLE

RACE 3, DE BORTOLI WINES 2YO MAIDEN PLATE, 1300M: The Bullring ($3.90) had good trial form and he had no luck on debut at Scone recently. The extra trip is ideal and Jason Collett rides on the horse's home track. Wilsons Prom ($3.20 fav) has solid city form and he will be hard to beat while Gin Martini ($7) is trialling well.
SELECTIONS: 7 THE BULLRING, 8 WILSONS PROM, 9 GIN MARTINI

RACE 4, GREAT NORTHERN ON TAP MAIDEN HANDICAP, 1100M: Zain’s Girl ($2.90 fav) has had four starts for three placings and she resumes here after two recent trial wins. She's drawn well and has genuine speed and the in-form combination of Newnham and Parr. Siege ($4) is on debut and trialled okay while Russbuss ($5.50) will be fitter this time.
SELECTIONS: 3 ZAIN’S GIRL, 7 SIEGE, 10 RUSSBUSS

RACE 5, BOOK NOW POLYTRACK PROVINCIAL CHAMPIONSHIPS WYONG MARCH 27 CLASS 1, 1350M: Seleque ($2.90 equal fav) was impressive in an all-the-way first-up win at Warwick Farm on February 10. The filly had good form in her first prep with placings at Warwick farm, Newcastle and Hawkesbury. Rosie Riveter ($2.90 eq fav) led all the way in her only start at Hawkesbury and she has the rails barrier. Jeanne D’arc ($7) had no luck first-up at Gosford.
SELECTIONS: 1 SELEQUE, 7 ROSIE RIVETER, 3 JEANNE D’ARC

RACE 6, CANADIAN CLUB MAIDEN, 1200M: Impressive Lass ($2.20 fav) is knocking on the door after three solid performances this prep. She was narrowly beaten second-up at Gosford before a close fourth at Warwick Farm last start. Jadida ($4) was a heavily backed favourite when beaten a couple of lengths on debut at Hawkesbury recently. Hialoa ($5.50) has a place chance.
SELECTIONS: 3 IMPRESSIVE LASS, 4 JADIDA, 9 HIALOA

RACE 7, TAB.COM.AU BENCHMARK 64 HANDICAP, 1100M: Parachuter ($4.60 eq fav) was never far away in her only three starts in the spring. She won a Nowra maiden in August and finished a close fourth at Wyong and Gosford. The filly has won two recent trials at Warwick Farm and Hawkesbury. Bastaki ($4.60 eq fav) is very fast and held on to win at Newcastle first-up. Barossa Rosa ($4.80) has won two of her last three.
SELECTIONS: 14 PARACHUTER, 10 BASTAKI, 2 BAROSSA ROSA

RACE 8, WYONG’S NEXT RACEDAY MARCH 9 CLASS 1 HANDICAP, 1350M: Bojack ($1.50 fav) has brilliant speed and he bolted in on debut at Gosford recently. He had outstanding trial form prior to his first start. Tectonicus ($3.40) has very good form in his first prep with a win and three placings. He has had two recent trials. Nordicus ($6) has a place chance.
SELECTIONS: 3 BOJACK, 2 TECTONICUS, 1 NORDICUS