All The Attention On Regimental Band At Wyong Today 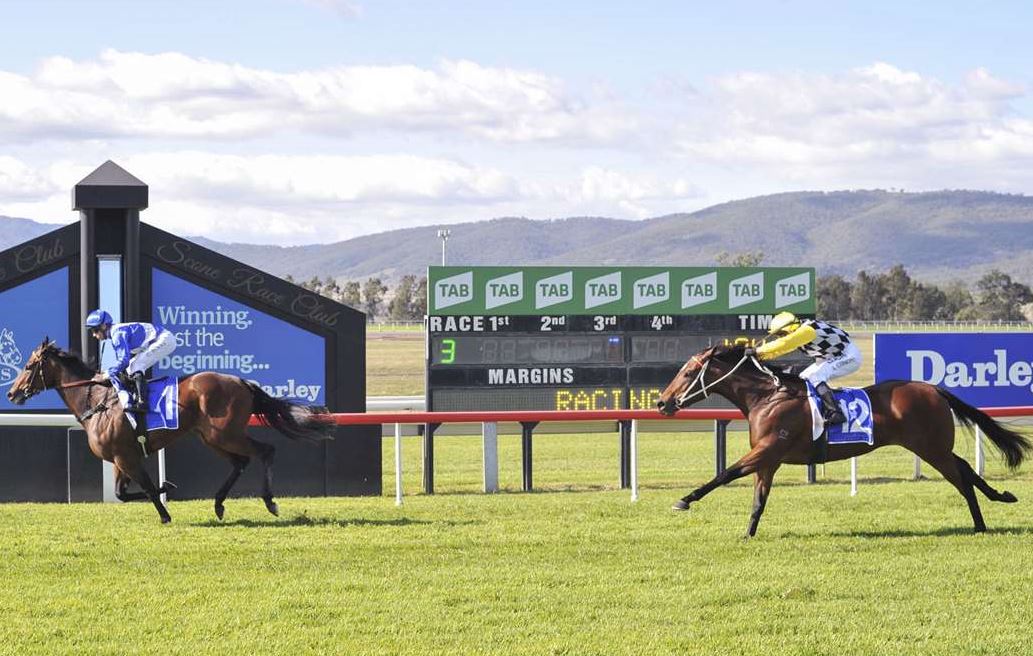 Bred on the famous Cressfield Farm, the I Am Invincible filly resumes from a spell and she is very well weighted under the set-weights conditions.

On May 11 she came from way back to finish runner-up (2 lengths) behind Libertini in the black type Woodlands at the Scone Cup Carnival.

She was nosed out by El Dorado Dreaming in a trial a month ago on the Beaumont and she came home the last 600 in 32.20 in a gallop with In Her Time between races at Newcastle recently.

The main threat, Akari ($5.50), also has form around Libertini. She finished 2½ lengths behind Regimental Band at Scone and was runner-up to Libertini at Randwick on ANZAC Day.

RACE 1, EVENT CINEMAS TUGGERAH MAIDEN PLATE, 2100M: Imported stayer Urbino ($1.35 fav) has been runner-up in his only two starts for the Lees stable. He has been long odds-on both occasions and he had every chance in both races. He shot clear in the straight at Newcastle last start on September 3 but was easily run down. Maybach ($3.20) has been runner-up in his past two starts at Kembla and Newcastle and he is a front-runner. The Borough ($7.50) has a place chance.
SELECTIONS: 3 URBINO, 2 MAYBACH, 7 THE BOROUGH

RACE 2, SKY RACING MAIDEN PLATE, 1100M: Intimidating ($3.70) is much better than his form suggests and the blinkers come off. He was beaten 5 lengths by Pin Sec at Randwick on debut on Boxing Day then went to the paddock. He was well-backed first-up at Newcastle on September 3 but he was held up at the top of the straight and was slow to recover. Iresign ($1.80 fav) won a trial by a big space at Rosehill on August 20 before leading when beaten three lengths at Hawkesbury first-up. Big Bad Bruce ($3.30) has sound country form and has trialled okay.
SELECTIONS: 7 INTIMIDATING, 3 IRESIGN, 2 BIG BAD BRUCE

RACE 3, DE BORTOLI MAIDEN HANDICAP, 1350M: Liberty Head ($3.10 fav) was narrowly beaten in a recent Warwick Farm Trial. He was well-backed when he finished down the track at Newcastle on debut in May. He has a nice barrier and the long straight suits him. Stablemate Golwen ($4.80) hasn’t been far away in trials and she has also drawn nicely. The Memory Man ($7) is a former Victorian with form.
SELECTIONS: 4 LIBERTY HEAD, 3 GOLWEN, 1 THE MEMORY MAN

RACE 4, WISEBERRY HERITAGE REAL ESTATE CLASS 1, 1350M: Famous ($2.50 fav) is a smart colt and has Tim Clark and barrier one. He bolted in first-up at Newcastle and he has every chance when runner-up here on Cup Day. He may appreciate the longer trip. Darling Point ($2.70) is a promising filly which finished second at Canterbury before a Hawkesbury win. Nash was concerned with her action in The Furious. Wounded Soldier ($7) is a former Kiwi with Kris Lees which was unlucky at Taree first-up before a disappointing run on the Beaumont Track.
SELECTIONS: 1 FAMOUS, 4 DARLING POINT, 3 WOUNDED SOLDIER

RACE 5, KRISTEN BUCHANAN RACING F & M MAIDEN PLATE, 1100M: Regimental Band ($1.95 fav) was beaten 2 lengths by Libertini in a Listed Race at the Scone Cup Carnival in May. She was narrowly beaten by El Dorado Dreaming in a recent trial and she since held her own with In Her Time in a sizzling gallop at Newcastle. Akari ($5.50) is a lovely Snitzel filly which was runner-up to Libertini on debut at Randwick on ANZAC Day. He finished 2½ lengths behind Regimental Band at Scone in May. She was very good in a recent quite trial. Van Giz ($5.50) is another good trialler.
SELECTIONS: 13 REGIMENTAL BAND, 8 AKARI, 14 VAN GIZ

RACE 6, AFFORDABLE WARDROBES CENTRAL COAST CLASS 2, 1600M: Julian Rock ($1.95 fav) resumes here after a slashing trial win in which he beat Wren’s Day and Deploy. He is a former French galloper for a Warwick Farm placing and two close fourths at Kensington and Canterbury. The 2kg claim makes him a good thing. Jarhead ($3.80) has a good record on this track and he is a threat. Toroso ($9.50) has a place chance.
SELECTIONS: 1 JULIAN ROCK, 2 JARHEAD, 3 TOROSO

RACE 7, BLITZ HOMES CONDITIONAL BM 70, 1000M: Rambler Rebel ($3.20) has won three on the trot and he is a flyer but has had bad habits. On the tighter tracks he has run off the track in the straight but on the spacious track at Scone he was on his best behavior. If he handles the Wyong track he will be hard to run down. Il Bandito ($5) is racing okay and Traumatised ($4.40) has very good first-up record.
SELECTIONS: 2 RAMBLER REBEL, 1 TRAUMATISED, 9 IL BANDITO

RACE 8, BOB HOLLOWAY MEMORIAL CLASS 1, 1000M: Texas Forever ($2.30 fav) has led in his past two starts when a winner at Hawkesbury and beaten 1½ lengths on the Kensington Track. Cassy’s Sister ($4.60) is a fast mare coming off a good trial. Topweight Soul Soldier ($4.60) has plenty of ability and with a strong camp so respect.
SELECTIONS: 3 TEXAS FOREVER, 10 CASSY’S SISTER, 1 SOUL SOLDIER