All Cylinders Ready To 'Fire' At Hawkesbury (Sunday)

Trainer Peter Robl has resorted to an important gear change to get All Cylinders 'firing' again at Hawkesbury on Sunday.

The lightly-raced three-year-old drops back from city grade to provincial company in the Fun Fast Fitness Benchmark 64 Handicap (1000m), and Keagan Latham will ride him.

Randwick-based Robl is hoping lightning can again strike twice in the same place, as the expatriate South African jockey provided him with his first winner of the season at Hawkesbury on August 31, also in a Benchmark 64 Handicap (1100m). 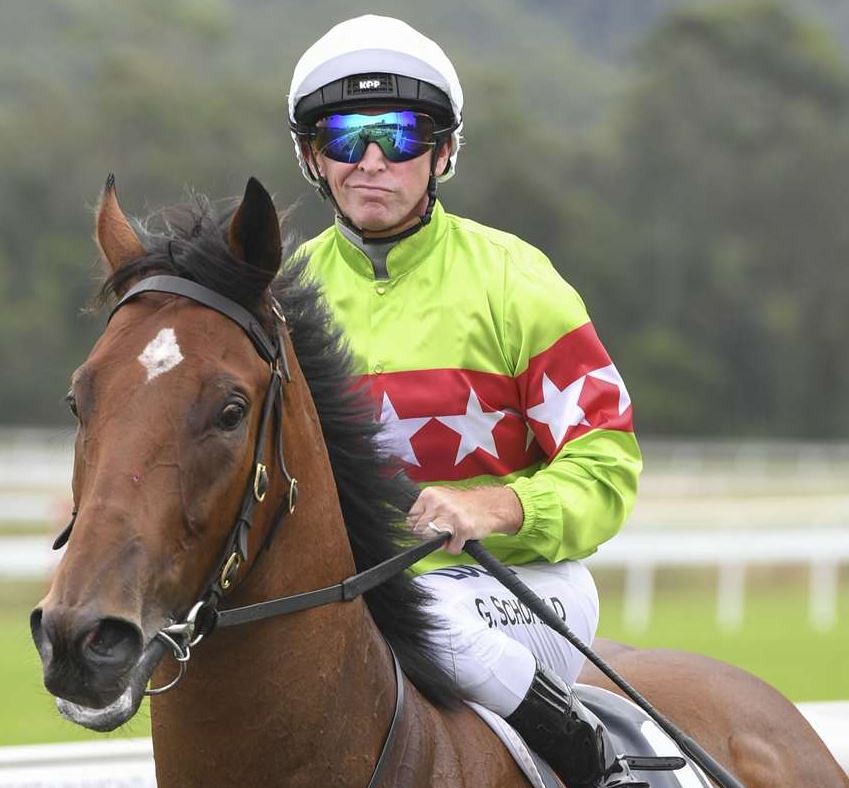 Latham scored on Alison Of Tuffy, and Robl has turned to him, along with putting a tongue tie on All Cylinders, to attempt to get the gelding back in winning form.

“All Cylinders so far hasn’t progressed as a three-year-old from his two-year-old form,” Robl said.

“He was unlucky at his first two runs back this time on the Kensington track and then disappointed there last time.

“He had his mouth open that day and seemed to be playing around with his tongue.

“All Cylinders continues to do well and I’ve put a tongue tie on him since and he has adapted to it without any problem in his subsequent work.

“The Hawkesbury race is a drop in class, and we’re hoping to go back to the provincials and give him a ‘kill’ and lift his confidence.”

All Cylinders, a Testa Rossa three-year-old, has raced only seven times and this will be his first start at Hawkesbury.

He scored on debut in a 2YO Maiden Plate (1000m) at Gosford in January before finishing second to Tenley in the Pierro Plate (1100m) at Randwick in February and fourth to the former’s stablemate Pin Sec in the Group 3 Black Opal Stakes (1200m) at Canberra in March.

All Cylinders then finished sixth to Bivouac (Libertini was second) in the Group 3 Kindergarten Stakes (1100m) at Randwick on April 6 before being rested.

Robl’s young sprinter at his latest assignment contested a Benchmark 70 Handicap (1100m) on the Kensington circuit on October 2. November Man, who overcame difficulties to win that race, is one of the top chances in the final race at Randwick tomorrow.

Hawkesbury trainer Garry White will oppose All Cylinders with his first-up winner Paris In May, and has “imported” Mathew Cahill to again partner him.

A leading country jockey, Cahill and White have had a lengthy and successful association; the pair combining to land the last two Orange Cups with the now-retired mare Letter To Juliette.

Cowra-based Cahill was aboard Paris In May when on resumption at Dubbo he easily won a Benchmark 66 Handicap (1000m) last Friday in race record time (56.04secs).

In fact, he has partnered the lightly-raced Duporth five-year-old in his three country victories (the others being at Orange last November and Wellington in January) from only six starts.

Her dam Peace Academy has since foaled a Rubick colt (Military Affair) and a filly by No Nay Never.

Fellow Hawkesbury trainer Daniel Robinson has decided to run Orange debut winner Karmazone at Canberra today rather than the Livamol Class 1 Handicap (1400m) at home, but is still seeking a provincial breakthrough at Sunday’s meeting.

He will start Will You Think (James Innes Jnr) in the Lander Toyota Maiden Handicap (1600m).

The So You Think mare has raced only once (back in April), and has had two trials in preparation for a first-up assignment at the “mile”.

The rail is in the TRUE position for Sunday’s meeting, and the track is rated a Heavy 10, with rain forecast.