Quinton Likely To Be Celebrating At Hawkesbury's Stand-Alone

Hall of Famer, Ron Quinton won the Hawkesbury Gold Cup more than three decades ago during a stellar riding career.

Now he is looking to repeat the feat for the first time as a trainer at Hawkesbury Race Club’s stand-alone meeting on Saturday. 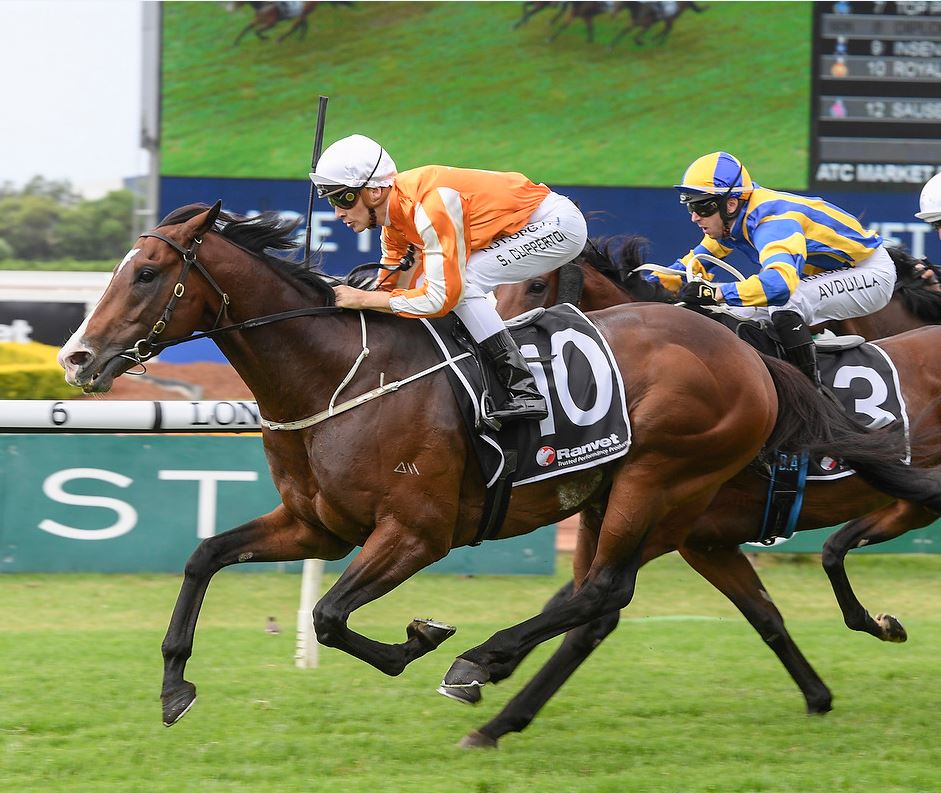 The eight-time premier Sydney jockey confirmed plans to back-up last Saturday’s Royal Randwick placegetter Royal Celebration ($3.80 favourite on TAB; firming from $4.60) in the $200,000 Group 3 Evergreen Turf Hawkesbury Gold Cup (1600m), with one of his former apprentices, Sam Clipperton, back in the saddle.

Another former Quinton apprentice, Andrew Adkins rode the five-year-old in his excellent third to Rocha Clock in the Benchmark 100 Handicap (1400m) at Randwick.

“I thought the horse did a terrific job, especially considering he gave the winner 3.5kg and runner-up Nudge 4.5kg,” Quinton said.

“That was only his second run since the Villiers Stakes at Randwick last December, and he did some work and over-raced a bit from an awkward draw.

“Andrew is now serving a suspension (incurred from Randwick a week earlier), and Sam takes over.

“They are the only two jockeys to have won on Royal Celebration. Andrew has won three times on him, and Sam twice.”

Clipperton was aboard when Royal Celebration also contested last year’s Hawkesbury Gold Cup (run over 1500m at Rosehill Gardens because of the COVID-19 pandemic), and finished fifth to Amangiri, beaten less than a length after starting from the outside barrier in a field of 14.

Royal Celebration began his 21-start career at Hawkesbury at a midweek meeting, finishing second to Invictus Salute in a 2YO Maiden Handicap (1100m) on April 17, 2018, but hasn’t raced there since. TAB.com.au has listed Royal Celebration favourite ahead of last year’s Villiers winner Greysful Glamour ($4.80).

The second favourite is Exoboom ($6) ahead of Rainbow Connection an $7 chance on TAB.

Hawkesbury Race Club's CEO, Ken Rutherford is eagerly looking forward to hosting his first stand-alone meeting, after having to hand over last year’s fixture to Rosehill because of the COVID crisis.

“The weather forecast is good, and the track is in great order,” Rutherford said. “The quality is there in the 166 overall entries, so you have to be happy. I’m sure it will be another outstanding meeting.”